Trending Now
You are at:Home»Featured»Murders and Moral Bankruptcy: Where Have You Gone, Eyre Crowe?
By Dr. Marvin Folkertsma on March 16, 2011 Featured, Government & Politics 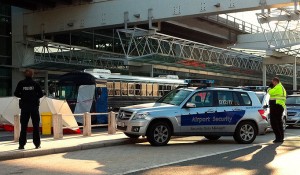 In January 1907, a German-born official in the British Foreign Office wrote a memorandum that since has been indelibly linked to his name for its incisive analysis and uncanny prescience. Eyre Crowe had good reason to scrutinize Germany’s foreign-policy initiatives. The Kaiser’s imperialist impulses had managed to alienate Russia, terrify France, antagonize Great Britain, and generally project the image of a German colossus that had the appetite of a cormorant, the subtlety of a rhino, and the brains of dodo. What was one to make of Germany’s interference in Morocco, South Africa, and other places where Berlin’s interests were slender or non-existent?

What indeed, Crowe wondered: “Either Germany is definitely aiming at a general political hegemony and maritime ascendancy … Or Germany, free from any such clear-cut ambition … is seeking to promote her foreign commerce, … extend the scope of her national energies, and create fresh German interests all over the world wherever and whenever a peaceful opportunity offers.” Which is pretty much how great powers, especially new ones, acted in those days.

Crowe’s conclusion got to the heart of the matter: “[I]t is clear that the second scheme … may at any stage merge into the first, or conscious-design scheme. Moreover, if ever the evolution scheme should come to be realized, the position thereby accruing to Germany would obviously constitute as formidable a menace to the rest of the world as would be presented by any deliberate conquest of a similar position by ‘malice aforethought.’”

In short, as far as the interests of his majesty’s government were concerned, German intentions didn’t matter; only the facts on the ground did. And Great Britain had to act on the basis of the actual threat posed by Germany, regardless of what schemes were percolating in the Kaiser’s fevered imagination. This Brit’s no-words-minced lucidity prompted Henry Kissinger to point out that the “Crowe Memorandum was at a level of analysis never reached by any document of post-Bismarck Germany.” To put the matter another way, Crowe’s analysis was mature, “grown-up.”

Now look at the reaction of Obama administration officials to the murders of two American servicemen in Frankfurt, Germany. A “tragic event,” President Obama opined; “deeply saddened and very upset,” was how Secretary of State Hillary Clinton felt. Worst of all in the “I feel your pain” sweepstakes was the remark by P.J. Crowley, one of Obama’s spokesmen in the State Department who, in answer to whether the incident in question constituted terrorism, stated: “Was the shooting of Congresswoman Gabby Giffords a terrorist attack? You have to look at the evidence and look at the motivation, and then you make a judgment, and that is a process as far as I know that is ongoing.”

So there we have it: On the one hand, an observation from a professional who is deeply familiar with the ways of the world to which he responds with intellectual clarity worthy of his gravitas; on the other hand, a trio that is intellectually incapable of distinguishing between a Muslim psychopath who screams “Allahu Akbar” as he kills America’s defenders and an isolated nut case who couldn’t distinguish between an Akbar and a wet bar. All three treated the incident like a car accident; unpredictable and regrettable. In the meantime, there are those horrible things going on in Egypt, Libya, and other despotic places, with hundreds being killed while America mulls over its options. What’s a superpower to do?

The answer of the Obama administration seems to be, first, don’t act like a superpower. That is, don’t present a clear analysis of the problem, don’t clarify American interests, don’t stand up for American values, and don’t take any action. Instead, issue a froth of frets, regrets, and nauseating obeisance to the “global community.” The only clear comment about matters involving American national interests came from P.J. Crowley, who characterized the Pentagon’s treatment of Wikileaks traitor as “stupid.” If only we got such clarity on the Middle East.

The real answer, of course, is to develop a grand strategy, one based on rational delineation of national priorities, missions, means, and possible outcomes attached to various policy alternatives. But to do this, a country’s leaders must have a clear grasp of what their own civilization means in the larger scheme of things; in short, what does America stand for? Our leaders must assume that America’s liberal democratic values are superior to those of other countries, especially to beliefs of adversaries who seek to destroy America, to kill Americans. Like that terrorist in Frankfurt. Like Kaddafi. Like Ahmadinejad. Like terrorists and their leaders throughout the world who loathe Western civilization in general and the United States in particular.

But the hour is late and getting later, and the range of alternatives for American responses is getting narrower. Perhaps it is best for administration policy-ponderers to let the grownups take over.

Where is Eyre Crowe when you need him?