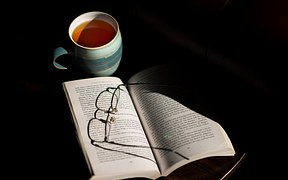 If you had told me seven years ago that I was on the verge of converting to Catholicism and that I would eventually work for the Church, I would have nodded politely and slowly backed away towards the nearest exit. The idea would have seemed completely crazy. On my best days, I was a loosely affiliated Protestant Christian with no interest in Catholicism.

In many ways, I was a pretty typical millennial, spiritual but not particularly interested in institutional religion. Yet, there was more going on below the surface. Eventually, I began asking questions that the prevailing secular ideologies were unable to answer. This led me to begin searching for truth in unexpected places.

My faith journey started in a fairly conventional way. As a teenager, I began attending a United Methodist Church. That laid the foundation for my Christian faith and provided me with the opportunity to connect with fellow believers who played a very positive role in my life.

Like many teens, my faith changed as I entered my college years. There was no specific turning point that I can recall. Instead, it was a gradual process in which I absorbed certain assumptions about religion and culture. I use the word “absorb” because, in many ways, I wasn’t making a conscious decision. Instead, I believed that I was merely accepting the world as it is.

For example, I accepted the common view that religious belief is fine, but it must be privatized. Religious beliefs were simply too idiosyncratic to have meaning outside of our individual spiritual experiences. Instead, our public lives should be organized around rational secular ideologies which are neutral and accessible to everyone. Matters of right and wrong could be easily resolved through reason and community values.

This belief system largely held firm until I reached my second year of law school in 2008. It was at that point that I began reading the opinions of the United States Supreme Court as part of my class on Constitutional law.

What I found shook my worldview. Upon close review, I discovered that many of the opinions were not an extension of pure reason over problems before the Court. Instead, there were many instances in which the opinions were based on idiosyncratic viewpoints that could only be arrived at after the author accepted certain assumptions about the nature of reality.

The most obvious example was Justice Kennedy’s opinion in Planned Parenthood v. Casey. Much ink has been spilled on this Court opinion by people infinitely more qualified to discuss it than myself. I have nothing to add to the commentary other than to describe my personal reaction to its reasoning and how it impacted my faith journey.

In that opinion, Justice Kennedy set forth that “at the heart of liberty is the right to define one’s own concept of existence, of meaning, of the universe, of the mystery of human life.” I immediately latched on to the word “define.” Justice Kennedy was not simply saying that liberty allows people to “discover” the existence of truth and meaning in the universe. To the contrary, his position clearly implied that there is no such thing as objective truth and that individuals simply define reality as they see fit.

This isn’t a radical notion in modern society. In fact, this viewpoint isn’t unique to the Court. Justice Kennedy was simply giving voice to a worldview that is largely accepted in our culture without question. It is certainly reflected in some of our most popular television shows and movies, which often tell us to live by our own rules or be true to ourselves.

After recognizing this particular worldview for what it was, I began questioning its merits. Like most millennials, I cared about social justice and how our society treats the least among us. Yet, if everything is relative, is the idea that the poor should be cared for just a matter of personal opinion? Further, if morality is simply a matter of self-definition, is there any real difference between Osama Bin Laden and Mother Teresa?

The answers to these questions seemed obvious to me. Yet, the path to getting to these answers was unclear. It was no longer enough for me to simply accept that these answers were apparent to everyone else. Clearly, some people don’t believe that the poor should be valued and some really would elevate a terrorist over a servant of the poor.

Proclaiming the inherent value of all people required that I first acknowledge a reality that transcended personal opinion. However, my turn towards Catholicism did not happen immediately nor did I blindly accept faith as a way to resolve this apparent conflict between relativism and objective moral truth. I grappled with these issues for a couple of years after my encounter with Justice Kennedy’s contemplation on the mysteries of the universe.

I first turned to secular ideologies and began examining them closely. All I found were voices that claimed that all morality is relative, except for when it is not. If they didn’t indulge in outright relativism, they often pointed to popular opinion as a measure of right and wrong. In other words, it’s morality measured by public opinion polls.

This point of view wasn’t persuasive given the fact that majority opinion changes frequently and has supported all sorts of evil throughout history. Merely pointing to public opinion does nothing to determine the morality of a given action or idea.

This struggle eventually created openness to faith based worldviews. I started to read books in my spare time dealing with faith and reason. I quietly began taking an interest when friends raised the topic of religion.

Fortunately, I was blessed with the presence of many people in my life, both Catholic and non-Catholic, who provided a faithful witness to the Christian faith. Through this experience, I eventually discovered that Christianity responded to my desire for truth when other ideologies fell woefully short. It spoke to me intellectually, emotionally, and spiritually. Most importantly, I no longer had to gloss over life’s difficult questions.

My eventual conversion to Catholicism is a story for another day. This is a good stopping point for a reflection on how to engage millennials in dialogue about faith.

While my story isn’t a definitive guide to engaging millennials, my hope is that it at least shines light on opportunities to reach out to those outside of the Church. Religious believers often write off millennials or even speak ill of them for their alleged lack of values. These tendencies are unhelpful and do a great deal to turn people away from the Church.

If we truly believe what our faith teaches, then we should know that millennials desire something deeper than what the world can give them. This has been part of man’s nature from the very beginning. One experience opened my mind and made me question everything. This was certainly unexpected for me and probably surprising for those around me.

This is why the faithful should accompany millennials and be present when the prevailing secular ideologies fail to address life’s fundamental questions. Who knows when this moment might come about for a friend or family member in your life?