Trending Now
You are at:Home»Learn & Live the Faith»Catechesis»Natural Law and the Heart of Man
By Mark Davis Pickup on June 3, 2014 Catechesis, Featured 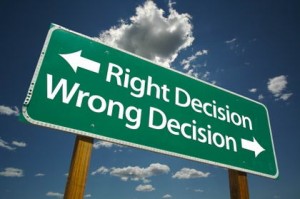 Is there anything so wicked as a man trying to silence his  conscience?  It is a willful act that happens in stages: Bit by bit, incident by incident, rationalization by rationalization, the voice of a man’s conscience can be stifled—that still small voice within him eventually becomes fainter, until his heart turns to stone and covers the voice within.

But even within a stone-heart, his conscience knocks and pounds against the inner granite wall, making muffled cries of protest.

How many murderers have used alcohol or drugs to dull a stabbing conscience! How many corrupt business tycoons keep their lives busy with the hum of constant shady wheeling and dealing to distract them from a relentless nagging conscience? Occasionally, at an unexpected moment, a whisper of conscience escapes from behind their stone hearts and catches them off-guard—only to be quickly squelched.

Perhaps they tell themselves they would not be so cruel if it weren’t for their own abusive upbringing.  Perhaps they ease a twinge of shame by telling themselves it was their own poverty as a child that drives them to accumulate ill-gotten wealth so their own little ‘Johnny’ or ‘Suzy’ won’t have to endure deprivation.  Besides, the wily old tycoon has done good things too. Remember that charity drive for crippled children he hosted in 1972?  It must have helped dozens of kids!

As long as a man is still making excuses for his bad behavior, we know his conscience is alive. There’s still hope for his humanity. As long as he’s trying to hide his misdeeds, there is still acknowledgement of good and evil and right from wrong. The fact that the evil or misdeeds are hidden bears witness that he knows what is right.

People of older times called this innate sense of right from wrong the Law of Nature or Natural Law—a standard of decent behavior that people instinctively understood beginning in early childhood. It was innate and didn’t need to be taught.

C.S. Lewis began his marvelous book Mere Christianity, by addressing the Law of Human Nature.  He started with the premise that people everywhere ascribe to a common standard of Objective truth, a set of rules of fair play or morality to which they expect others to know about.  You can tell this by the way children and adults alike quarrel. Lewis wrote:

Lewis noted that seldom does the other party reply: “To hell with your standard.” No! The offender pretends that there’s some special reason why “the person who took the seat first should not keep it, or that things were quite different when he was given the bit of orange, or that something has turned up which lets him off keeping his promise.”  In fact they both agree with a common standard of decent behavior. The fact that they are quarreling indicates that they are trying to show the other person is in the wrong. Otherwise, as Lewis wrote, they would “fight like animals”.

C.S. Lewis originally put this idea forward in the 1940s for a series of British radio broadcasts.  Mere Christianity was not published until 1952.  The idea of a natural moral law ingrained into humanity has weaved throughout history.  America’s founding Fathers talked of ‘Truths’ that are ‘self-evident’ (human equality and being “endowed by their Creator with certain unalienable Rights”).

Saint Paul referred to natural law written on human hearts (Romans 2.14-15). The Catholic church teaches that “natural law expresses the original moral sense which enables man to discern by reason the good and the evil, the truth and the lie:” (The Catechism of the Catholic Church No. 1954). Pope Leo XIII (1810-1903) said, “the natural law is written and engraved in the soul of each and every man.”St. Thomas Aquinas (1225-1274) said, “The natural law is nothing other than the light of understanding placed in us by God; through it we know what we must do and what we must avoid. God has given this light or law at the creation.”

And yet I see rampant immorality with little obvious guilt. People parade their sin in the streets! How can this be?  Abortion advocates successfully secured abortion on demand, resulting in the deaths of millions. Biomedical researchers experiment on embryonic human life. They advocate strip mining comatose patients for their organs. Euthanasia and assisted suicide proponents are gaining acceptance in mainstream society.

People with serious progressive disabilities (like me) are left to wonder what awaits us in our Brave New World of the 21st Century?!  Has modern secular man been able to finally eradicate God’s natural law from the human heart?[1]

The Catholic church teaches this is not possible.

“Even when rejected in its very principles, it cannot be destroyed or removed from the heart of man. It always rises again in the life of individuals and societies.” (Catechism of the Catholic Church, No. 1958.)

And history teaches this too. Despots and scoundrels, prevaricators and deniers of natural law have risen before. They have their day in the limelight but the natural law they denied or twisted still beckons good people back to the Truth.

The Church speaks the Truth to provide moral clarity to humanity—even at the darkest moments of confusion. If this generation rejects the principles of natural law and God’s Word, another generation faithful the Word of God will rise to replace error with Truth. I believe this with all my heart. I must!