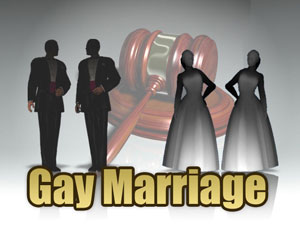 A New Jersey judge ruled on Friday that the state’s law protecting marriage as the union between a man and a woman violates the state constitution.

Governor Chris Christie, the Republican who vetoed a bill redefining marriage in 2012, has promised to appeal to a higher court.

“Gov. Christie has always maintained that he would abide by the will of the voters on the issue of marriage equality and called for it to be on the ballot this Election Day,” said Christie spokesman Michael Drewniak. “Since the legislature refused to allow the people to decide expeditiously, we will let the Supreme Court make this constitutional determination.”

The state Supreme Court ruled in 2006 that homosexuals have no right to be recognized as “married” – by a one vote margin.

“Judge Jacobson has trampled on the right of the people of New Jersey to define marriage, a right that the Supreme Court has upheld in the very case she misuses to redefine marriage,” stated Brian Brown, the National Organization for Marriage’s president.

The ruling and the underlying lawsuit made clear the push for gay “marriage” revolves around collecting welfare benefits and other state incentives designed for the nuclear family.

Hayley Gorenberg of Lambda Legal said she found the ruling “thrilling,” because “the state stood between these families and a host of federal protections, benefits, rights and responsibilities.”

But Len Deo, president of the New Jersey Family Policy Council, told ABC News the ruling represented “judicial activism” that imposed an extreme social agenda on the state without the voters’ consent.

State legislators had threatened to override Christie’s veto but still lack the votes: 12 in the House, three in the Senate.

“This is a gross abuse of power that cannot be allowed to stand,” said Brown.