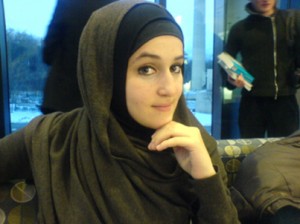 In a controversy sure to fuel the accommodation debate, 15 people were arrested on August 30 at Rye Playland, an amusement park in Westchester County, New York, following a melee that involved Muslims objecting to the prohibition of head coverings on certain rides. One young woman’s refusal to remove her headscarf apparently led to altercations among Muslims, who then scuffled with security officials. Their legal cases have been adjourned until October.

Despite claims of discrimination, the park’s rules on headgear are neutral with respect to faith and have a single goal. “It’s a safety issue on rides. If it’s a scarf, you could choke,” explained Peter Tartaglia, Westchester deputy parks commissioner. Indeed, a Muslim woman was strangled to death last year in Australia when her head covering got caught in the axle of a go-kart.

Five reflections on the hijab fracas at Rye Playland:

Amusement parks should set rules based on what they believe to be necessary for the protection of their patrons. Tell Rye Playland (contact here) to keep putting safety first — and ignore those Islamists who put agitation first.