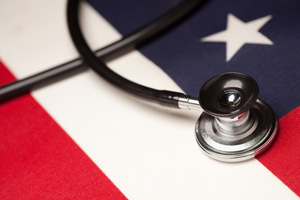 “It was nothing dramatic,” says Dr. Karl E. Blake of Wexford, Pennsylvania, retired surgeon and member of the World War II generation, “but it was important, and no one has written about it, at least that I’ve seen.”

I got an unexpected call from Dr. Blake last Memorial Day, mid-afternoon, after just returning from the annual Memorial Day Parade in Mercer, Pennsylvania, which every year is a scene right out of a Norman Rockwell portrait—the essence of small-town America. The Pittsburgh Tribune-Review had published a profile I did (republished this week on Catholic Lane) of a local 87-year-old vet (same age as Blake) named Frank Kravetz, a former POW who did time in the “hell-hole” of the Nazis’ Nuremberg Prison Camp. I concluded that article with a plea to aging vets to share their unique experiences with the current generation, imploring them not to take this invaluable history to the grave.

“Well,” said the soft-spoken Blake, reminding me of my own words, “I’ve got something that I don’t think people know about. Someone needs to record this. Get it on-record. Pretty soon, none of us are going to be around to talk about it.”

“What people today don’t understand,” Blake began, getting right to the point, “is that in 1942, 1943, and so on, the government had no idea how long the war was going to last.”

“That’s right,” said Blake. “And the government didn’t know, and the government was making plans for the long-term. There were measures that the government took to get a supply of educated people … dentists, physicians, all kinds of things. American society was going to need professional people. So many young men were serving in the war overseas.”

I hadn’t thought of that. I hadn’t read about it either—Blake’s point precisely.

Blake told me about three government programs, which he abbreviated as V-1, V-12, and ASTP (Army Specialized Training Program). The former were both Navy operations. Blake was in “V-1s.” These were rigorous academic programs heavy in math and science. Among the goals was to create a non-combat professional class. Blake was trained as a doctor.

“So,” I said to Blake as I scribbled notes, “bachelor’s at Grove City, and then master’s at Penn and M.D. at Pitt?”

“No, no,” Blake replied. “I never got a degree. That’s something else people don’t understand. Back then, you did as much schooling as you could afford and needed. That’s how it went.”

Indeed. That, too, is something lost over the years. Today, for way too many “students,” college is a four-year party—actually, a six-year party. It’s not about studying, training, honing a skill or the life of the mind. You have fun, buy a degree without, hopefully, losing your soul and parents’ hard-earned savings. Worse, it’s often a scandalous rip-off, as universities charge obscene prices for what they provide.

Karl Blake’s generation wouldn’t dare waste a dime of that hard-earned money. Blake told me how he went to college for $87 per semester, scraping together a handful of semesters. His experience had been like Frank Kravetz’s, who attended just enough college to learn the engineering he needed to enter the field and make a nice career at Westinghouse after the war.

Folks like Frank and Blake got more education in four semesters than youngsters today get in four years (or six years).

Karl Blake got the education to enter medicine and launch a long, productive career in general and specialized surgery. He got the education post-war America needed. He credits programs like V-1, V-12, and ASTP, which he views as “unusually far-sighted in planning.”

Dr. Karl E. Blake never planted a flag at Iwo Jima or stormed the beaches of Normandy. He did nothing dramatic, but he did do something extremely important, as did thousands of Americans like him who fought the battle for post-war civilized society. Blake’s wartime training allowed him to save numerous lives after the war, far more than he might have saved in combat.

Is there a Karl Blake in your family, on your street, at your church? Talk to him—or her. Record the story. Get it on-record.

As Dr. Blake says, “Pretty soon, none of us are going to be around to talk about it.”