Trending Now
You are at:Home»Columnists»Obama Should Study the History of Reaganomics
By Dr. Paul Kengor on March 6, 2014 Columnists, Featured, Government & Politics, The Economy 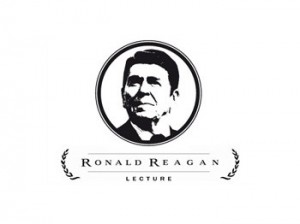 The discussion covered many issues, including how the policies pursued by Ronald Reagan to stimulate economic growth were so completely different from Barack Obama’s. It’s worth highlighting those differences here. We ignore them at our peril.

Reagan inherited an abysmal economy from Jimmy Carter. His prescription for recovery rested on four pillars: tax cuts, deregulation, reductions in the rate of growth of government spending and carefully managed growth of the money supply. He wanted to stimulate economic growth via tax cuts, allowing the American people to keep their money and invest it more wisely and efficiently than government.

This was, in effect, private-sector stimulus — a stark contrast to President Obama’s massive $800 billion public-sector (read: government) “stimulus” in 2009. Among Reagan’s tax cuts, the federal income tax reduction was the centerpiece. Reagan secured a 25 percent across-the-board reduction in tax rates over a three-year period beginning in October 1981. Eventually, the upper-income rate was dropped from 70 percent to 28 percent.

In the process, Reagan also dramatically simplified the tax code. When he was inaugurated, there were 16 separate tax brackets. When he was finished, there were only two. Not only did this simplification eliminate complexity, it also eliminated loopholes and removed 4 million working poor from the tax rolls; they no longer paid any federal income tax.

Reagan presided over the largest tax cut in American history and accomplished it in tandem with a huge Democratic Party majority in the House. It was a bipartisan triumph that The Washington Post called “one of the most remarkable demonstrations of presidential leadership in modern history.” Unlike President Obama, who derided his Republican congressional opposition as “hostage takers” and denounced their desire for tax cuts, Reagan found a way to work with the opposition to advance the country.

After a slow start through 1982-83, the stimulus effect of the Reagan tax cuts was unprecedented, sparking the longest peacetime expansion/recovery in the nation’s history: 92 consecutive months. The bogeymen of the 1970s — chronic unemployment and the deadly combination of double-digit inflation and interest rates — were vanquished. The poverty rate dropped; the standard of living soared. The Dow Jones industrial average, which, in real terms, had declined 70 percent from 1967-82, nearly tripled from 1983-89.

Contrary to liberal demonology, African Americans and other minorities did extremely well during the Reagan years. Real income for a median African American family had dropped 11 percent from 1977-82. But from 1982-89, coming out of the recession, it rose by 17 percent. In the 1980s, there was a 40 percent jump in African American households earning over $50,000.

There were likewise impressive numbers for Hispanics and women. Hispanic-owned businesses in the 1980s grew by an astounding 81 percent and the number of Hispanics in college jumped 45 percent.

Overall, the “Reagan Boom” not only produced widespread prosperity but — along with the attendant Soviet collapse — generated budget surpluses in the 1990s. Carter-era terms like “malaise” and “misery index” vanished. Only during the Obama years, and specifically in 2011, has America re-approached similar misery-index levels, reaching a 28-year high.

All of this is not just history. It’s a crucial economics lesson that we need to learn and remember. We neglect it to our detriment.