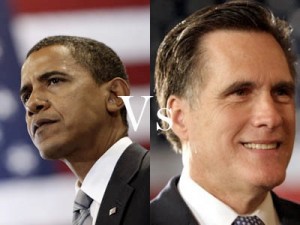 Something wonderful unfolded in American politics the last few days.

Almost immediately after Rick Santorum dropped out of the Republican presidential hunt, David Axelrod and the Obama reelection team unleashed the class-warfare cannons. They expected to enjoy the first salvo of the season, fired by Democratic lobbyist Hilary Rosen. In a CNN interview, Rosen claimed that Mitt Romney’s wife, Ann, “has actually never worked a day in her life.”

It was a nasty blow, and the public rallied to Ann Romney’s defense. As for Ann Romney, she didn’t remain silent. “I made a choice to stay home and raise five boys,” she said. “Believe me, it was hard work.” She might have noted her considerable physical sacrifices as well—such as breast cancer and MS—but didn’t.

While Hilary Rosen’s shot was still smoldering, liberal blogs were rife with fresh Democratic talking points vilifying Mitt Romney as a “one percenter,” asking whether he paid his “fair share” in taxes, and attacking him for squirreling away his vile riches in foreign bank accounts. It was total class warfare. And this was just week one!

But then came the wonderful thing: Merely six days after Hilary Rosen’s comment, major polling organizations released numbers on a head-to-head match-up between Barack Obama and Mitt Romney, and Romney suddenly has a lead. The most respected among them, Gallup, released numbers on April 17 showing Romney ahead by five points, 48 to 43 percent.

Why is this wonderful? It’s not that I adore Mitt Romney, but I loathe class hatred. Marx and the Bolsheviks and their disciples did it with great destruction. I don’t want it in my country.

It’s hard to pinpoint the exact reasons for Romney’s sudden surge over Obama, but no doubt some of this (particularly the swipe at Ann Romney) backfired. Or, at the least, some pollsters and pundits are interpreting it that way. If so, then maybe—just maybe—Axelrod might learn that not all forms of class warfare will resonate with Americans. Let’s hope that’s the case, because, otherwise, Axelrod and the president he serves—who Axelrod portrays as the Great Unifier and fountain of hope—will be bitterly dividing this nation along economic lines.

As I wrote a few weeks ago, not only has President Obama been unceasingly employing class rhetoric for three years now, but Axelrod has been thrilling over precisely such an assault against Mitt Romney. “Obama officials intend to frame Romney as the very picture of greed in the great recession—a sort of political Gordon Gekko,” reported an August 2011 Politico piece titled, “Obama plan: Destroy Romney.” The piece quoted Axelrod: “He [Romney] was very, very good at making a profit for himself and his partners but not nearly as good [at]saving jobs for communities. He is very much the profile of what we’ve seen in the last decade on Wall Street.”

This had been the plan before the Occupy Wall Street movement got up and running. Axelrod and Obama see Romney as red meat to feed the Occupy movement. As the Occupiers exploded last fall, Axelrod paused to tell MSNBC: “[Romney] says he represents business, but he really represents the Wall Street side of business.”

Envy is a deadly sin, but Team Obama desires it as an excellent divide-and-conquer tactic. Axelrod and Obama both cut their political teeth in Chicago, home of Obama inspiration Saul Alinsky, who preached the tactic of “isolating” a target and “demonizing” it. Romney’s riches fit the bill nicely.

More recently, in January, Axelrod told George Stephanopoulos that Romney is “not a job creator” but a “corporate raider” who outsourced “tens of thousands of jobs,” “closed down more than 1,000 plants, stores, and offices,” and raked in “hundreds of millions of dollars” at the expense of the poor. Axelrod referred to this as the sinister “Bain mentality.”

Alas, here we are, April 2012, with the presidential race finally down to Obama v. Romney, and the first polls show Obama behind this rapacious capitalist reptile.

So, will Romney’s sudden surge signal to Axelrod and Obama to call off the class-warfare dogs? I doubt it. This thinking is too close to their hearts. They’ve been hungering for this; fomenting class envy is what they long to do. But maybe—just maybe—the American public won’t swallow it.

Wouldn’t it be nice if the people of this country quit hating each other, including hating people with more money? I’m hoping so, but our messengers of hope, Obama and Axelrod, are hoping not.