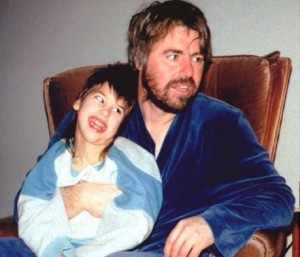 Robert Latimer and his daughter Tracy

In response to the previous article of mine entitled “Canada’s Seething Prejudice Against The Disabled” I received an Anonymous comment concerning the tragic case of Robert Latimer murdering his disabled daughter Tracy nearly twenty years ago. The comment was typical of people who relied on the gross distortions presented by much of Canada’s secular, liberal media throughout the years about the case. Anonymous wrote:

“I am pro-life and anti-euthanasia but I don’t agree with you about Latimer. There are always exceptions. My experience with the medical system has shown me that there are times, rare but they do happen, when a situation really is dire. I have never seen any evidence that Latimer seethed with resentment of his daughter. She was in pain and was going to be in more and more pain and she couldn’t take pain meds because of the anti-convulsants she was on. How long is a parent supposed to live with that? They could have put Tracey in a home and left her there but in homes she didn’t thrive, so they could have chosen slow death for her and looked away. And that would have been morally alright? Latimer is an inarticulate, not-Godless Saskatchewan farmer who doesn’t expect or ask a nanny state to solve his problems for him. I just can’t see what he did as evil. I can see killing a child in pain who faces more and more pain out of love.”

“I don’t see discussing this as being wrong either. We need to discern the difference between someone in a situation where there is no answer and the other woman who simply doesn’t want her children to live as they are -not in pain.”

You may have not seen evidence that Robert Latimer seethed with resentment for his daughter but, as the title of the previous article states, there is a seething undercurrent of public and media resentment and prejudice in Canada toward the disabled. It’s often disguised in false yet noble sounding phrases such as “freedom of choice in dying” “death with dignity”and “mercy killing”, but the effect is always the same: Get rid of the sick and disabled.

It’s interesting to note that in October 2011, Canada’s Parliament gave all Party support to developing a National Suicide Prevention Strategy, yet some MPs who supported it also support assisted suicide for the disabled. So let me get this straight: The healthy and able-bodied population deserve suicide prevention but the disabled deserve help to commit suicide. What other conclusion should a Canadian with a severe disability (like me) draw from this?!

Back to the Latimer case. I am going to make some comments based on the court transcripts of the second trial, not articles in the popular press. (Remember the testimony given was under oath by various witnesses close to the case.)  Anonymous says Tracy was in pain and the pain would only increase because of the anti-seizure medication she was on conflicted with possible pain medications. Tracy was only given Tylenol. Firstly, let us establish that according to testimony of a Theresa Huyghebaert, group home manager in North Battleford, Saskatchewan, Tracy did not have grand mal seizures rather only short, milder petit mals. The prospect of pain management was not properly explored by Robert Latimer when the last surgery was planned on October of 1993. According to his confession, he started thinking about killing Tracy right after the doctor appointment. (Incidentally, only after toxicology tests revealed lethal levels of carbon monoxide in Tracy’s system — from Latimer’s truck — were the police finally able to pry a confession of murder from Robert Latimer. Tracy did not die in her sleep as he initially maintained.)

Anonymous says they could have put Tracy in an institution which would have amounted to a slow death for her. Sounds terrible, but is it a true reflection of Tracy Latimer’s life? No. If Anonymous took the time to read the court transcripts rather than rely on the Globe and Mail newspaper or some other liberal media outlets, she would know that Tracy did not need institutionalizing and there were plans in the opposite direction of institutionalizing her.

The idea that the sum total of Tracy Latimer’s life was misery and pain was inaccurate. Even when Robert Latimer’s wife (Laura) tried to portray Tracey’s life that way to protect her husband and support the defense strategy to fixate on Tracy’s disability and pain, the Prosecution was able to get her to grudgingly admit that Tracy had good times.

Laura told court that Tracy’s last surgery left her utterly miserable. She said: “Tracy was in a lot of pain. Tracy was miserable. She used to be a happy little girl, and she turned into someone who just sat slumped, just waited to be moved. She was — she was very unhappy.” The image of Tracy painted at the trial, and reported by the media, was untrue and this was revealed numerous times during the court proceedings.

Misery and pain were not the sum total of Tracy Latimer’s life any more than pain and misery are the sum total in the lives of countless other people with severe disabilities.

Tracy was a happy child. Professionals who worked with Tracy contradicted Laura’s dismal portrayal of Tracy. Even Laura contradicted herself through her handwritten notes in a communication book that always accompanied Tracy for caregivers to read. Samples of Laura’s notes alluding to Tracy being a happy child included comments like “Tracy was happy”, “Tracy ate a good ham supper, she was a very happy girl”, “When I came home, I gave Tracy a pudding. She was a happy girl.”, “Tracy seems cheerful and more like her old self.”,  and “Tracy was very cheerful”.

Tracy did have joy — the irrepressible joy of childhood, despite her disability. According to testimony by family physician, Dr. Robert Kemp and Laura Latimer, Tracy loved music. Others testified that Tracy loved sleigh rides, television, games, parties, the circus, and pets. The Halloween before she was murdered, Tracy was dressed as a princess. On her last Easter, Laura Latimer wrote in Tracy’s communication book “Brian and Linday [Tracy’s siblings] got up at 5:30 to hunt for eggs. We spent most of the day at Tracy’s cousin Lynn’s place. …Tracy spent a happy day, she ate a nice supper, and really enjoyed the desserts.”

Tracy enjoyed sleep-overs and had a keen sense of mischief and fun. Her mother wrote in Tracy’s book: “Tracy was the worst little girl at the sleep-over, up at ten to seven, laughing and vocalizing.”
In another place Laura wrote: “After supper, we had a bonfire and Tracy sat outside until about nine o’clock. It was a beautiful night. Tracy seemed alert and happy.” Laura continued, “Tracy had a good weekend, sat out on the deck lots. Grandma and grandpa came yesterday, she was so happy to see grandma.”

Tracy Latimer went to a developmental center Monday to Friday for regular school days. She came home each day on the same school bus as her siblings and other children, and did so right up to the Friday before she was murdered by her father. There were discussions about integrating Tracy into the regular school system. All of this information brought out at the trial was available to read in the court transcripts if anybody cared to research it.

SEARCH FOR LIFE WITH DIGNITY

Millions of people with disabilities have had misery in their lives. Many live alone, unloved and sometimes in pain. Sadly, that has been the reality for people with disabilities throughout history. But being miserable is not a reason to kill us. If misery were a reason for death, then who among us would be safe?! It would create an open season on the disabled. The answer is not to kill us in a flimsy excuse for stopping misery or to bestow so-called death with dignity. The answer lies elsewhere: it lies in proper pain management, and seeking life with dignity and inclusion — especially for those who do not have it.

Robert Latimer did not behave like a good father. A good father does not murder his child. If he did the right thing — as he still maintains — why did he lie to police and attempt to destroy evidence? Why did he maintain Tracy died in her sleep (until evidence showed otherwise) rather than admit right away that he put Tracy in his truck and piped exhaust fumes into the cab? Own up to it and take the consequences — if, in fact he did the right thing. The fact remains that it was not the right thing. If Robert Latimer murdered one of his healthy children he would have been condemned in the eyes of the Canadian public. But he murdered his disabled child and became a folk-hero. 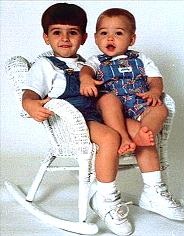 Let me contrast Robert Latimer’s crime with another that occurred a year later. American Susan Smith put her car into a South Carolina lake, drowning her two little boys, Michael and Alex. Why was Susan Smith universally reviled for killing her children while Robert Latimer became a folk-hero after killing his child?

I don’t think so. That’s a reason I said Canada has a seething prejudice against the disabled — and that prejudice extends to children. God forgive us.