Trending Now
You are at:Home»Columnists»One More Reason the Out Years are Too Late
By Marybeth Hicks on August 22, 2011 Columnists, Featured, The Economy 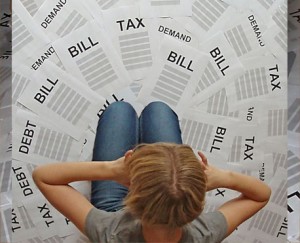 Here’s a fact that was not lost on my teenage daughter: The infamous debt-ceiling deal doesn’t actually reduce much of our debt until she finishes high school, graduates from college, and has potentially purchased a minivan and a pair of mom jeans.

Did I mention she’s just about to start ninth grade?

“Wait,” my daughter questioned me when the deal saturated the news two weeks ago. “They’re basically just waiting to cut spending until my generation gets to Congress? That’s the same as doing nothing at all.”

“That’s what they mean by ‘out years,’ ” I explained. “It’s like a wish list for future happiness that your generation is supposed to make come true.”

Suffice it to say our goal of raising taxpayers is made all the more challenging by the fact that our children sense they’re going to be holding a very big, very deep, very heavy bag.

If our children’s generation will be saddled with debt, at least we’re giving them all the tools of education and expertise they’ll need to resolve the issue, right?

The truth is, we’re saddling our children with something even more egregious than financial servitude. We’re not even equipping them to maintain their personal or economic freedom.

According to the 2006 National Assessment of Education Progress (NAEP) administered by the National Center for Education Statistics, the last year for which economic education was measured, 37 percent of American high school seniors scored at the “basic” level. Thirty-nine percent scored as “proficient,” while only 3 percent were “advanced” – leaving 21 percent of students who didn’t score even at the “basic” level.

This is troubling for a host of reasons, not the least of which is that “proficient” apparently isn’t the level of economic knowledge we expect in our nation. To wit: 37 percent of those tested couldn’t answer a question about where the government gets its money.

Jump forward to the NAEP 2010 results for civics education, and the story is much the same, but it also revealed that fewer high school seniors were being taught about the Constitution and our form of government than was the case in the previous civics assessment four years earlier.

In 2006, 72 percent of high school seniors said they had studied the Constitution; in 2010, that number dropped to 67 percent.

The implications of this ignorance are as far-reaching as the debt this generation must confront in its adulthood. They don’t know what they don’t know.

If raising the debt ceiling solved the problem for this month, it didn’t address the heart of the issue: the role of government going forward. We simply cannot continue to operate a behemoth bureaucracy and expect our kids to shovel out of it in the “out years” – formerly known as the rest of their lives.

Yet those same children will not be ready to engage in the debate or to preserve the America they should rightly be inheriting, because we aren’t following the simple advice issued by John Adams when our nation came into being:

“Children,” he said in a letter to his wife, Abigail, “should be educated and instructed in the principles of freedom.”

That’s simply not a task that can wait until the out years, and we’re running out of time to make up the deficit.