Trending Now
You are at:Home»Featured»Orphan
By Guy McClung on May 22, 2015 Featured, Fiction 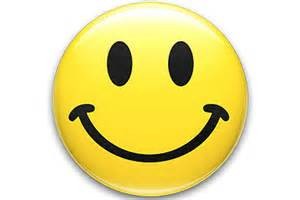 Through the fence, carefully without touching it, she watched as so many friends, their bag in one hand their Certificate in the other, walked through the gate and boarded the bus. Not one of those open-windowed broken-down yellow oven-like hulks that had brought them to the “Happy Land” site, but new ones, cool with closed windows misted over on the inside. She could see their forearms with the black cross and dull blue number changed to a row of colorful flowers. Their smiling faces mirrored the happy face on each of their Certificates as each of them, now called by a new name, was handed a small box of candy as they got on the bus. She remembered what candy tasted like and felt her tongue moving in her mouth.

Their Certificates proved they had memorized the required lines from The Book and had said them out loud before the entire Assembly, to the satisfaction of the loving caregivers and of their peers, with exuberant applause following each success and with muted groans following the failed ones who would have their chance, some their last chance, at the next Assembly. The successful ones, addressed then by their new names, were handed their Certificates as the applause rose again.

She had already failed at two Assemblies, not because she did not know the words, but because she refused to say them as she had learned them. She knew they were not true. The first time she stood on the dais was her eleventh birthday. No one knew that but herself.

Nobody asked where her copy of The Book was.  No one noticed she no longer carried it all the time as did so many of the children. They had no idea that she had dealt with the rationing of Happy Land toilet paper and her case of dysentery by making good use of the pages.  She smiled when she thought of using the page with the title “Dreams Of Myself” and the image of The Leader, his benevolent face beaming with assurance, as she folded the page in half.

“Honey, get it right this time. You know this is your last chance.  We all want you to leave here happy,” said a friendly Serendipity Assistant ready to usher her onto the dais.

“Number 31231213,” said the voice. She stood up, walked onto the dais, and looked around the Assembly Hall.  All the Happiness Brigade Officers were lined up in the front row before her, women and men in the same brown uniforms.  She saw her friend, Number 15315355, watching, hoping she could do it.

She thought of her Mom and Dad, what they had taught her, how they had hugged her, and their final “I love yous” that night as they were taken away. She wondered if she would be taken to them.  Then she held up her forearm high, with the cross and her number facing forward, and with fist unclenched, she began:

“I am not number 31231231, I am Elizabeth Sarah McClure.” There were some muted intakes of breath along the front row. “I am an American. I believe in God, the Father almighty, Creator of Heaven and Earth, and in Jesus Christ His only Son, Our Lord . . . “

The gasps from the audience made it hard to hear her. Front row officers, first stunned, stood and cast accusatory glances at each other as they looked at the cameras knowing this was all being broadcast and recorded. Some were vehemently gesturing toward the sides of the Assembly hall. Security operatives materialized from everywhere. Number 15315355 stared in amazement. Number 15315355 had seen the operatives outside the fence, but never at an Assembly.

As Elizabeth got to “ . . .suffered under Pontius Pilate, was crucified, died, and was buried,” a female operative threw her to the floor. A male operative covered her mouth silencing her, while three others picked her up, and hurried off the dais holding her aloft as if they carried a struggling corpse.

Back in her tent, Number 15315355 thought of her own name, Agnes Jennifer Maria Britt, and of her own parents. Assured no one was coming in, she removed the dirt and gravel from the wooden panel over the hole in the ground and took out the large book Elizabeth had given her.  Agnes opened it randomly and read:  “In the beginning was the Word, and the Word was with God and the Word was God …”