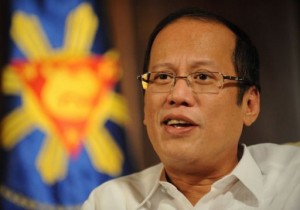 After repeatedly reintroducing the legislation for 14 years, the Philippines lower House has voted 113 to 104 to pass the controversial Reproductive Health (RH) bill at second reading – the most difficult stage.

“This is a very dark day for the Philippines and for the fight for life and family around the world,” said Human Life International President Fr. Shenan Boquet. “Abortion is right around the corner,” he warned.

The bill, which forces taxpayers to fund contraception and abortifacients, was protested strenuously by the nation’s Catholic leadership and faithful, but was pushed by President Benigno Aquino and internationally by pro-abortion groups.

Debate lasted throughout the evening on December 12, and the 113 – 104 vote was taken around 2 am. December 13. The House is scheduled to have a third reading of the bill on Monday, December 17, and another version of the RH Bill has also been scheduled for a vote in the Senate next week.

Philippine President Benigno Aquino, an ardent supporter of the legislation, hopes to sign a final version of the bill into law by the end of the year.

The RH Bill forces medical professionals and businesses to promote and perform a full range of “reproductive health services,” regardless of conscientious objection. The bill promises to fine and jail opponents who spread as-yet-undefined “malicious” falsehoods about the bill, and requires couples to undergo government-mandated RH training and certification before they can obtain a marriage license.

Politicians pushed the move as a necessary measure for population control, an argument that Fr. Boquet dismissed.

“The irony to all of this is that much of the reasoning from the bill’s supporters is that birth rates must come down if the Philippines is to join the ranks of the prosperous developed nations,” he said. “They make this case even though these supposedly developed nations are all suffering a terrible financial downturn due in large part to curtailed population growth, and many are even trying to pay their citizens to have more children.”

The HLI President added: “Countries with stable governments, dynamic free markets and educated citizenry are thriving even though they are more densely populated. The RH Bill does nothing to address the nation’s corruption, infrastructure and education deficiencies, and thus offers nothing in the way of prosperity other than large cash payments from Western governments and NGOs who see Filipino children as a threat to their own prosperity.”

Meanwhile, the Senate has struck one portion from the Senate version of the bill that would have given even young children access to abortifacient contraception without the knowledge or consent of their parents.

While the passage marks a severe defeat for the culture of life, not all hope is lost.

“The chances of stopping the bill at this point may seem slim, but nothing is impossible with God,” said Fr. Boquet. “We pray with greater urgency that the Lord of Life will spare the people of the Philippines from joining in the slow demographic suicide of the supposedly developed nations, and will intervene in miraculous fashion.”