Trending Now
You are at:Home»Featured»The Red Palm of Motherhood
By Heidi Hess Saxton on December 14, 2012 Featured, Live in Christ, On Media, Parenting 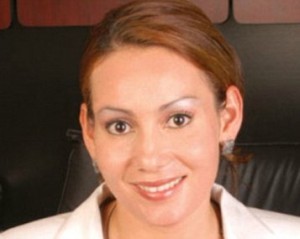 A few weeks ago, on All Soul’s Day, Father Kean – a exuberant young priest at our parish – preached from the daily reading from Revelation 7:

After this I had a vision of a great multitude,

which no one could count,

from every nation, race, people, and tongue.

wearing white robes and holding palm branches in their hands.

They cried out in a loud voice:

“Salvation comes from our God, who is seated on the throne,

and from the Lamb.”

“Oh, I so want to be one of that great multitude, waving one of those palms!” he declared to us. (At the time, I marveled that he so wanted that ancient symbol of martyrdom. Did he know what he was asking?)

This week, a Facebook post was making the rounds, announcing that Time magazine had chosen feminist “icon” Sandra Fluke over the recently assassinated former mayor of Mexico, Maria Santos Gorrosteita, as “Person of the Year.” As with so many things on Facebook, this was not entirely accurate – Time was scheduled to vote December 14.

Even so, the Facebook image inspired me to read more about the beautiful Mexican politician and mother who found the courage to face down the Mexican drug cartel, continuing to fight even after the first and second attempt on her life, despite the fact that she was mother of three young children. (Her husband has since gone missing.)

In many places of the world, the fight against evil is both dangerous and unrelenting. As mothers, we do our best to “stand in the gap” between that evil and our families. We pray. We teach. We protect. And, at times, our mothering efforts will draw fire.

The hardest part about this is facing the fact that, despite our best efforts and intentions, evil does sometimes appear to get the upper hand. Our children grow up and are free to choose – or not to choose – the way we have pointed out to them. When they do, our hearts swell with pride . . . when they do not, the helplessness wounds deeply.

This week, let us remember all those (and in a particular way, those women) who guided us along the path. May those who are farther along the path to heaven watch over us, and strengthen us to shine a little brighter for those who follow in our footsteps.