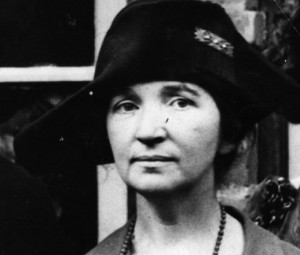 According to its website, “for more than 90 years, Planned Parenthood has promoted a commonsense approach to women’s health and well-being, based on respect for each individual’s right to make informed, independent decisions about health, sex, and family planning.”

There is in this glowing self-endorsement a subtle tribute to Planned Parenthood’s founder Margaret Sanger.  An unabashed eugenicist, Ms. Sanger’s “commonsense” approach to unwanted pregnancies and undesirable demographic groups, such as minorities and the handicapped, was clear and unambiguous.  She maintained that “the most merciful thing that a family does to one of its infant members is to kill it,” and that “birth control must lead ultimately to a cleaner race.”

Sanger would, no doubt, be proud of the legacy begotten by her monstrous ideology.  Planned Parenthood is by far the largest abortion provider in the United States.  In 2009, surgical abortions accounted for 97.6% of their services to pregnant women. In other words, “Planned Parenthood” has become a euphemism for “the abortion business yields big bucks.”  It might tout itself as a “commonsense” organization that provides a wide array of family planning services, but the truth is in the statistics.

There is one major difference between the Planned Parenthood of today and that of Margaret Sanger’s time:  Margaret Sanger was brutally honest about her disregard for the unborn, while contemporary abortion advocates hide behind the language of “choice” in order to disguise the ugly reality of what they advocate.  Unfortunately, this campaign of misdirection has been wildly successful.  Many women instinctively rally behind a woman’s “right to choose,” without giving much thought to the reality behind the choice at issue.  In the abortion debate, we aren’t talking about choosing between chocolate or vanilla, fried or scrambled, with fries or without.  We are talking about choosing whether a baby will live or die, whether we will kill it or give it life, whether we will destroy or protect an innocent child.

So powerful has our delusion about the reality of abortion become – and so powerful the pro-abortion lobby behind Planned Parenthood – that our elected representatives allocate hundreds of millions of dollars each year to Planned Parenthood.  This funding has withstood year after year of budget debates and political controversy.  Make no mistake about it, however, that money is blood money.  Planned Parenthood preys on the fear and ignorance of women faced with unplanned pregnancies as a means of advancing their twisted worldview.  Instead of celebrating life as a blessing, even when unplanned, Planned Parenthood’s operatives peddle the myth that pregnancy and parenthood is some kind misogynistic social construct used to keep women dependent and servile.  They tell women that the right to choose abortion is a right intricately tied to their female identity, rather than a betrayal of a sacred duty bestowed by the author of the universe.  They tell women that choosing abortion is an empowering decision, not one that can impact future fertility and inflict emotional and psychological scars that last a lifetime.

Advocates of life must not give up in their quest to shed light on the true nature of Planned Parenthood’s work and the repugnant ideology that inspired its founding.  They must continue working to support organizations that offer women true choice: the choice to view their unborn child as a blessing, and the vocation of parenthood as the greatest calling a human being can answer.  The time is long overdue for Planned Parenthood to be denounced as an agent of death and despair and its abortion activities declared illegal.