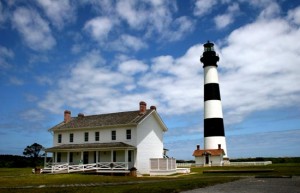 With a critical vote in its state Senate, North Carolina has voted to de-fund Planned Parenthood. Republicans hold a huge majority in the Senate—meaning, as a Republican majority usually does, that the Senate is pro-life. The governor of the state, Bev Perdue, is a Democrat—meaning, as a Democrat chief executive usually does, that the governor is “pro-choice,” and favors funding Planned Parenthood. Enough Republicans exist in the legislature to over-ride Perdue’s veto.

Most significant, North Carolina’s action signals a potential trend among states. It is the third state to vote to de-fund Planned Parenthood, following measures by legislatures in Indiana and Kansas, where the governors are Republicans and supportive. In Kansas, the governor is the solidly pro-life Sam Brownback, a gigantic change from Governor Kathleen Sebelius, who is now President Obama’s point-person to revamp America’s healthcare system. In Indiana, the governor is Mitch Daniels.

In all three states, North Carolina, Kansas, and Indiana, we see yet again how the Republican Party has become the pro-life party and the Democratic Party—the party of my family’s roots—has continued in the opposite direction.

That said, here’s the big picture:

It’s critical to comprehend the Obama administration’s position. It needs to be understood. It represents not merely a policy or partisan divide but an ideological chasm over the very function of government and balance of powers.

Among liberals/progressives, we see here not only an obvious embrace of the Planned Parenthood worldview, but the bitter fruits of a much longer march, pre-dating Planned Parenthood, to centralize power and control in a single government based in Washington, along with a corresponding removal of authority from states and localities. This is a debate as old as the republic itself. It dates to the 1780s: the Articles of Confederation, the Federalist Papers, Jefferson and Hamilton and Jay and Madison, the Constitution. Our Founders vigorously debated the proper balance of powers between states and the federal government, trying to avoid extremes in either direction. They did not want an imbalance where Washington slowly but surely subsumed powers that not only rightfully belonged to states but better served citizens in the hands of states.

To place this in a theological perspective, this is somewhat similar to the teaching of subsidiarity. When it comes to assisting citizens in need, whether through poverty programs or healthcare, subsidiarity encourages localism to the best extent possible. The essence of subsidiarity is that localities, whether public or private, from counties to churches, are closer to the problem; they provide a more efficient, human touch than a distant bureaucracy—and can do the job better than a one-size-fits-all source in Washington. Subsidiarity opposes collectivism and sets limits on state intervention.

I view subsidiarity as somewhat of a reflection or extension of James Madison’s so-called “Middle Ground.” Madison was mindful of a careful balance between state and federal power. Though he was at times a strong proponent of federal power, he warned against excesses in either direction. Though subsidiarity isn’t exactly the same thing, it, too, is about striking the best balance, and not over-centralizing things in Washington.

Sadly, progressives have long pushed for government powers almost solely in the federal direction. Healthcare and Planned Parenthood’s “services” are just the latest manifestation. Thus, they are apoplectic at the Obama administration—and throughout the halls of power in the Democratic Party—by any move by any state to de-fund Planned Parenthood. They are already greedy for federal power. They are already greedy for “abortion rights.” So, to have states getting in the way of their attempts to ensure federal funding of Planned Parenthood is nothing short of cultural Armageddon.

Watch these current actions closely, in North Carolina, Indiana, and Kansas, with more to come. Observe the ongoing hysterical response (click here for examples) of liberals/progressives, from the Obama administration to Democrats like Nancy Pelosi and Barbara Boxer. Their reaction says a lot about these folks, not only about their views on cultural issues and human life but on the very essence of government.

Editor’s note: A version of this article first appeared at CatholicVote.org.