Trending Now
You are at:Home»Featured»Playing Politics with Unemployed Veterans
By Ray Nothstine on February 13, 2012 Featured, The Economy 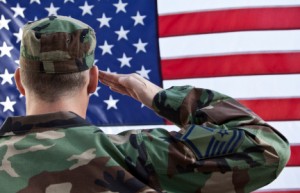 Getting the U.S. economy back on a path to solid growth and the job creation engine jumpstarted is dominating the headlines, talk shows and policy debates in Washington right now. Many of the legislative prescriptions focus on the dismal unemployment woes of newly separated military veterans, whose rates outpace the civilian population. The troubling figures reveal a persistently bleak and stagnant economy.

National unemployment currently hovers around 9 percent, while unemployment for veterans of the Afghanistan and Iraq wars is more than 13 percent. Veterans in the age group of 18-24 are worse off, with an unemployment rate of 30 percent. Dead last in the Union is Michigan, where 30 percent of all former service members are unemployed.

These numbers may only get more discouraging as defense budget cuts push more and more from the active duty ranks into a weak job market.

Federal legislation passed at the end of last year seeks to address the problem with tax credits for companies who hire veterans. The measure could help some, but tax incentives like these generally offer no substantial improvement for removing people from the unemployment rolls.

Better immediate solutions would be omitting special licenses and training required by states to work in certain fields. There is no reason a combat medic in Iraq should not be able to work as an emergency medical technician. Many already have more training than their civilian counterparts do.

In his election-year State of the Union address, President Barack Obama painted a vision of a post-WWII society where triumphant veterans came back and created the strongest economy in the world. In his words, they understood that they were “part of something larger.” Part of that “something larger” after the defeat of fascism was a growing free economy, but they also faced a long twilight struggle against the spread of communism.

To restore prosperity today, President Obama called for a “common purpose” to rally behind. But the obvious common purpose, the reduction of the staggering national debt, was largely ignored by the commander-in-chief during his address. For the unemployed, all Americans, and a free economy, the debt is the largest obstacle to restoring prosperity and reawakening the most expansive economy the world has ever seen. The failure of the American government to live within its means threatens to eviscerate the promises made to America’s veterans. It is a classic case of one moral failing leading to another.

The “something larger” greeting veterans when they come home today is a national debt of more than $15 trillion and an economy burdened by more and more regulations. The White House has already requested a debt ceiling increase to a whopping $16.4 trillion dollars. So great is the obstacle, and so serious is the threat, Indiana’s governor Mitch Daniels dubbed it “the new Red Menace.”

The threat to veterans is substantial. Although veterans’ benefits are justly generous, the government’s fiscal crisis has put those guarantees at risk. Last year, for the first time, some in Washington talked about the necessity of trimming promised pensions and health benefits for military retirees. Politicians are playing politics with veterans when they talk of reducing promised benefits with one side of their mouth and say they are creating jobs for veterans with the other.

Older military retirees can remember a time when they counted on the promise of free health care for life. Many sacrificed more lucrative private sector careers, nonpayment for overtime, and additional time with their family because of patriotism and promised security. Now they pay premiums for their care.

Thomas Jefferson warned of the moral pitfalls and decay of debt when he said, “The earth would belong to the dead and not to the living generation.” Profligate spending in the past undermines our capacity to honor present commitments.

With their skills, work ethic, and patriotism, veterans have the ability to overcome the challenges confronting them. Most businesses and companies want to hire veterans. All they need is some assurance that their prospects going forward will not be dimmed by burdensome regulation or economic instability stemming from federal fiscal irresponsibility.

Washington does not understand there is little to be done in terms of a prescriptive policy to cure veteran unemployment. The oft forgotten Calvin Coolidge once warned, “Unsound economic conditions are not conducive to sound legislation.”

The best cure is still a market unleashed from needless regulation and spending policies that reflect a moral and rational resolve. In the end, a federal government that is broke can do little for veterans who earned and are entitled to benefits already promised.