Trending Now
You are at:Home»Featured»Playing the Ostrich on Price Inflation
By Dr. Shawn Ritenour on April 26, 2011 Featured, The Economy 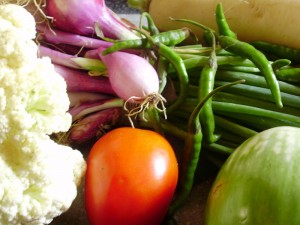 By the time you read this, there’s a good chance that Federal Reserve Chairman Ben Bernanke will have held the Fed’s first press conference following a meeting of the Federal Open Market Committee—the Fed committee that controls monetary policy. Leading up to this historic moment, the popular press has repeated a well-rehearsed rhetorical dance as it reports on the monthly release of the Consumer Price Index. Those who should know better repeat the mantra that, while food and energy prices may have increased, so-called core inflation—the prices of everything else in the market basket—remain flat as a pancake. Word on the street is that in March inflation cooled to such an extent that some analysts suggest Ben Bernanke is exactly right to have ignored price inflation as a potential economic problem.

Unfortunately, things are not as rosy as we are being told.

Last month, the CPI rose half a percent. If it continues at this rate, overall consumer prices would increase 6 percent over the next year. That is nothing at which to yawn. Moreover, normal people who live their lives outside the Beltway know that the prices of the goods they buy are generally rising. They do not have to wait to be told by the experts. Indeed as the great Austrian economist, Ludwig von Mises, pointed out, “A judicious housewife knows much more about price changes as far as they affect her own household than the statistical averages can tell … If she ‘measures’ the changes for her personal appreciation by taking the prices of only two or three commodities as a yardstick, she is no less ‘scientific’ and no more arbitrary than the sophisticated mathematicians in choosing their methods for the manipulation of the data of the market.”

The fact of the matter is that core CPI has been increasing at a relatively low rate, 0.1 percent in March, because of the housing market. Prices related to shelter make up 31 percent of CPI. Between 2002 and 2006, a staggering excess supply of houses was produced. Twelve million new homes were built while the number of households increased by only seven million. So many houses and apartments were made during the housing bubble that housing prices remain flat or falling almost everywhere you look.

Falling housing prices, however, do not decrease the cost of living for those people who are staying put. Those who do not need to buy a house are not helped by lower housing prices, especially if prices rise on everything else.

Randall Holcombe, DeVoe Moore Professor of Economics at Florida State University, is right to remind us that we should be careful about making long-term predictions based on a single month’s data. But as he notes, the trend is up: “In the seven months from March 2010 through October 2010 the CPI rose 0.5 percent. The five months from October 2010 to March 2011 saw the CPI rise by 2.2 percent. That’s a 5.3 percent annual rate of inflation over the past five months.”

Finally, some of those responsible are beginning to notice their inflationary ways are having an impact on prices. Philadelphia Federal Reserve Bank President Charles Plosser is now talking about taking the foot off the monetary accelerator. Richmond Federal Reserve President Jeffrey Lacker recently warned that the Fed should not be too slow in tightening monetary policy. Unfortunately, he is not a voting member of the Federal Open Market Committee this year. Kansas City Fed President Thomas Hoenig said recently that interest-rate hikes should come soon. Chicago Fed President Charles Evans, however, is still content with the conventional wisdom that underlying inflation remains low.

Of course, all of this talk about constraining inflation is a little late in coming and somewhat disingenuous, even if Mr. Bernanke announces a change of course in Fed policy. None of this price inflation had to happen. It is the necessary consequence of the Fed itself increasing the money supply. The Fed did not have to act to engage in any money printing at all. And yet, all of the above-mentioned Fed presidents cheered on Bernanke’s massive increase in the monetary base as a good and proper response to the Great Recession. If the Fed had instead allowed capital malinvestment to be liquidated, the economy would be in better shape now than it is. Sadly, it is not.