Trending Now
You are at:Home»Featured»Pope Francis: Ongoing Fallout (Part II)
By Dr. Gerard Nadal on October 8, 2013 Featured, Live in Christ, The Social Order, Those in Need 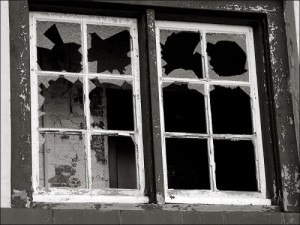 Building on what has been said in the first two posts, we continue with the fallout from the pope’s interview with atheist publisher Eugenio Scalfari.

If the pope’s refusal to take the bait on preaching specific moral norms didn’t make many tear their hair out in anger, then this little nugget has caused a near-revolt in certain quarters:

Pope Francis told me: “The most serious of the evils that afflict the world these days are youth unemployment and the loneliness of the old. The old need care and companionship; the young need work and hope but have neither one nor the other, and the problem is they don’t even look for them any more. They have been crushed by the present. You tell me: can you live crushed under the weight of the present? Without a memory of the past and without the desire to look ahead to the future by building something, a future, a family? Can you go on like this? This, to me, is the most urgent problem that the Church is facing.”

No mention of war, hunger, divorce, abortion, cohabitation, fornication, the epidemic of sexually transmitted diseases, gay marriage, etc… Now, if this isn’t the definition of the shallow, liberal, social worker, anti-magisterial Jesuit priest, what is? Right?!

Once again, Francis nails it, and consider for a moment that my blog for the past four years has not dealt with youth unemployment or the loneliness of the elderly. I have consecrated my doctorate to advancing the Culture of Life as articulated by Pope John Paul II. How then to reconcile this blog, my ministry, and my agreement with Pope Francis? The answer lies in the Broken Windows Theory utilized by New York’s former mayor, Rudolph Giuliani.

Simply stated, if a community tolerates broken windows and graffiti it will soon become afflicted with all manner of serious crimes. What we communicate by permitting defacing the facade of that which should be beautiful and noble is that we will tolerate assaults on all that is beautiful and noble within. Prosecuting and not tolerating the seemingly lesser crimes serves to prevent far more corrosive actions from ever occurring. Giuliani proved it worked, and converted one of the most dangerous and blighted cities in the world into one of the safest and cleanest cities in the world.

It is much the same with Francis’ broken windows. When through neglect we assault the beauty of our elderly, tearing at the great dignity that is their due, when we ignore the needs of our young, we break the windows of the House of God, allowing the winds of despair to blow through freely, and despair is what drives all of the issues this blog tackles which Francis didn’t mention. Despair blows in the rot that disintegrates the Church from within.

He is driving at root causes, and again, I invoke the seven years (’83-’90) in the 1980?s that I spent working at Covenant House in Times Square. I saw more prostitution among children, more drug addiction, more violence, more abortion, more despair than I really care to remember. When children feel that they have no hope for their future, no means of employment, no loving and mentoring adults in their lives, they become easy prey. And before Covenant House, I worked a weekend job (’80-’83) at a nursing home on Staten Island as an orderly, bathing, feeding, dressing, and changing the diapers of old men. Most of our nursing homes are great dumping grounds, warehouses for the elderly cast aside in their age and infirmity with no visitors, save an infrequent hour here and there from their many children and grandchildren.

One could argue rightly that this or that particular child rebelled against good parents, or this or that old person in the nursing home alienated their children through cruel and thoughtless parenting, and I’ve seen plenty of that to know that it’s true. However, Francis is pointing to phenomena that have become universal. They are phenomena perpetuated and tolerated by those of us who occupy that middle ground between youth and old age. His clarion call echoes that of Jesus in Matthew 25 in the Last Judgement:

“When the Son of Man comes in his glory, and all the angels with him, he will sit upon his glorious throne, and all the nations will be assembled before him. And he will separate them one from another, as a shepherd separates the sheep from the goats. He will place the sheep on his right and the goats on his left. Then the king will say to those on his right, ‘Come, you who are blessed by my Father. Inherit the kingdom prepared for you from the foundation of the world. For I was hungry and you gave me food, I was thirsty and you gave me drink, a stranger and you welcomed me, naked and you clothed me, ill and you cared for me, in prison and you visited me.’ Then the righteous 16 will answer him and say, ‘Lord, when did we see you hungry and feed you, or thirsty and give you drink? When did we see you a stranger and welcome you, or naked and clothe you? When did we see you ill or in prison, and visit you?’ And the king will say to them in reply, ‘Amen, I say to you, whatever you did for one of these least brothers of mine, you did for me.’

Note that Jesus doesn’t mention adultery, fornication, abortion, etc. Perhaps neglect of the corporal works of mercy leads to all the rest.

Perhaps Jesus and Francis are both getting at a spiritual version of broken windows. We can more easily tolerate war and its deprivations when the plight of the elderly, the homeless, the unemployed, the hopeless have become part of the normal background of our lives. If this sounds like some liberal ’70?s screed, it isn’t. The anger at this pope reveals the truly revolutionary effect Francis is having on the Church here in North America.

We have labored for over forty years under a false dichotomy of social justice and the corporal works of mercy. The anarchists (they really aren’t liberal) within the Church got caught up in Marxist and socialist theory and brought that into their view of ecclesiology. They took up several great social justice causes, such as workers’ rights (which Pope Leo XIII did as well), and women’s rights, and succeeded in contaminating them with the radioactive fallout of their hostility toward the Magisterium. Traditionalists took up the banner of the life issues (which are also social justice issues). Thus, social justice was artificially divided and the issues used as pawns in a proxy war between the traditionalists and the anarchists, with more moderate people of good will caught in the crossfire.

However, as Jesus points out in the criteria by which He will judge us, those issues had better be our issues while we have life and breath. If they aren’t our issues in life, they most certainly will be for eternity. Therefore, we on the orthodox side of the aisle need to reclaim those issues we have let slip away from us in the wake of Vatican II. That will necessitate a reintegration and recalibration of our own worldview and ecclesiastical worldview. This is the direction Francis has been leading in. At first, it will seem strange, as though seeing the world from within the opposition’s encampment, and that would be an accurate assessment. We are being led into the opposition’s encampment precisely because we need to heal and unify the Church, and because the opposition has nurtured that which we let slip away.

If we resist Francis every step of the way, then we usurp that role, that authority, that charism that belongs to Peter. If Francis says we don’t need to discuss matters of abortion, etc. all the time, he is right. I and others spend a great deal of time on these issues professionally because someone has to. That doesn’t leave too much time for the other great issues of the day, and I leave those issues to people who have been called to that work. (Also, the absolute number of unemployed young and cast-aside elderly eclipses the number of abortions, etc in dramatic fashion). However, in my own time I do make sure that I engage in all of those other issues championed on the left. They were very much the center of my life as a young man, and remain near to my heart. We can only do so much in a day, and each of us is called to specific tasks. This is true.

However, we need to stop throwing rocks at the pope who points out the Church’s broken windows.

For the sake of our own souls, we need to stop it now.