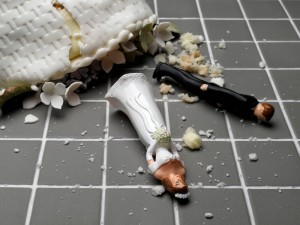 Much has been made of Catholics’ negativism toward Church teaching and practice on marriage as it was reflected in survey results released by several European bishops’ conferences and some U.S. dioceses. The mostly self-selected respondents predictably disagreed with the Church about many things, leading progressive Catholic media to claim this showed the need for change.

The surveys were part of the runup to the “extraordinary” assembly of the world Synod of Bishops next October. A second, “ordinary” assembly is scheduled a year later to develop recommendations. Final decisions—probably a year after that—will be up to the Pope. As reactions to the survey results made clear, the lobbying is already intense.

That many Catholics, especially in Europe and North America, disagree with the Church on issues like birth control and remarriage after divorce is hardly news. What needs to be recognized, and usually isn’t, is that this disagreement has a context: the ongoing breakdown of marriage in Western society that affects Catholics along with everyone else.

The nature of the crisis can be glimpsed in two sets of U.S. figures.

This didn’t come about overnight. In his pastoral letter Go Forth With Hearts on Fire, Bishop Paul Loverde of Arlington, Va. makes the point that “the results of the sexual revolution” and the spread of contraception brought on the epidemic of marriage-related pathologies and created a major obstacle to evangelization.

And what is the normal, natural way of handling an epidemic? Care for the sick and take steps to prevent the epidemic from spreading. As applied to the epidemic of marriage breakdown among Catholics now painfully apparent in numbers like those above, this points to the need for a two-part response: tending the sick (“pastoral care”) and seeking to stem the epidemic (teaching the Church’s doctrine on marriage with clarity and conviction).

Pope Francis evidently understands the importance of this two-pronged formula.  In an interview with the Italian newspaper Corriere della Serra, he praised Pope Paul VI’s 1968 encyclical Humanae Vitae condemning artificial contraception as “prophetic.” Pope Paul, he said, “had the courage to stand against this majority, to defend moral discipline, to exercise a cultural brake.” Rather than “changing doctrine,” he added, doctrine should be applied in ways that recognize “people’s situations and that which is possible for people to do.”

That is Francis’ approach. As applied to the synod and marriage, he is pained by the situation of divorced and remarried Catholics whose first marriages haven’t been annulled and would like, if possible, to find a way for them to receive communion. But not at the expense of the doctrine that marriage is indissoluble. Despite the opinion polls and the lobbying, surrendering to the epidemic of marriage breakdown simply guarantees its spread.