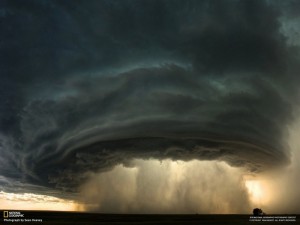 A reflection on the deepening darkness that celebrates homosexual unions and activity.

There is, among faithful Catholics, a dismay, and even an understandable anger at the events unfolding at the Supreme Court these past days related to gay unions. And even if the court were to uphold traditional marriage (which does not seem likely), or merely return the matter to the States, it seems quite clear where our culture is going regarding this matter, approving things once, not so long ago, considered unthinkable.

What then to do with our dismay and anger? It is too easy to vent anger, which is not only unproductive, but in the current state of “hyper-tolerance” for all things gay, angry denunciations are counter-productive.

Rather our anger should be directed to a wholehearted embrace and living out of the biblical vision of human sexuality and marriage. Our anger should be like an energy that fuels our zeal to live purity, and speak of its glory to a confused and out-of-control culture.

We have sown the wind, and now reap the whirlwind (Hosea 8:7).

Our anger, dismay and sorrow are better directed inward toward our own conversion to greater purity as a individuals, families and parishes, than outward toward people who will only interpret it as “hate” and bigotry” anyway.

A few thoughts to frame our own reflections in how we have gotten to this place of darkness in our culture.

1. The fundamental flaw in modern thinking about human sexuality, the “Ur” (root) problem, is the (sinful) declaration that there is “no necessary connection” between human sexual activity and procreation. Here is the real taproot of modern confusion about human sexuality and all the disorders that flow from it. Such notions began as early as 1930 in the Lambeth Conference where the Church of England was the first Christian Denomination to serious brook this sinful notion. The thinking gained steam through the 1950s, via Margaret Sanger et al. and came to full (and ugly) flower in 1960s with the pill and the sexual revolution.

2. Any 8th grade biology student ought to be able to see the flaw in the “no necessary connection” argument. For if sex has no necessary connection to procreation but can be only for fun or pleasure, then what are the sperm and ova doing there? Did not nature and nature’s God intend some connection. Alas, what even an 8th grader can see, was set aside and/or became unintelligible to a generation obsessed with its passions. Claiming to be wise they became fools and their senseless minds were darkened (Rom 1:22-23)

3. Once the necessary connection between sex and procreation was set aside, contraceptives moved from being something related to prostitution to being a downright “noble” thing to use and promote. Sex became a frivolous plaything and promiscuity became widespread, since the most obvious consequences of sinful, frivolous and out of control behavior, now seemed to be to largely preventable. Promiscuity exploded on the scene and was celebrated in popular culture, in the music, on TV and so forth. Enter the further explosion of sexually transmitted diseases, teenage pregnancy, single motherhood and exploding divorce rates. Because guess what? Contraceptives were not full-proof (or should we say “foolproof”). It’s not nice to fool Mother Nature and our “no-necessary connection” insistence thus ushers in all these disorders.

4. But never mind all that, we didn’t learn, we just doubled-down. Next we put marriage in the shredder by further declaring that there is no necessary connection between marriage and procreation. More pills and condoms please. Divorces continued to skyrocket, as birthrates plummeted.

5. In a parallel trend, single parent families entered the scene in a big way. For if it is true that marriage does not have any necessary connection to children, then apparently having children has no necessary connection to marriage. As single parent families rise, so do juvenile delinquency rates, and teen suicides. SAT scores and graduation rates, however, went down.

6. But never mind all that. What was needed is more condoms! Never mind that contraceptives and the underlying “no necessary connection” distortion ushered all this pain and distortion in. No! what we need is some more hair of the dog that bit us. More contraceptives! The government should promote and provide them free. In fact, start giving them to children and teens. After all, with decades of sexual misbehavior, who is really able to control themselves? And any one who suggests we ought to try is called puritanical, judgmental, unrealistic and a likely Christian. Let’s add free abortion to the mix and pass laws that permit parents to be kept in the dark when their daughters are taken to abortionists.

OK, you get the point, we heterosexuals have been involved in a down spiraling series of distortions and sexual misbehavior for over fifty years now. And this misbehavior is widespread and even celebrated in our culture.

Add to this terrible picture, the scandalous silence of pulpits, the shrugging over flagrant fornication, cohabitation and high divorce rates by Church leaders, parents, and other community leaders.

Welcome to the whirlwind. Yes, we heterosexuals have misbehaved for over fifty years now, and, in process dispensed widespread confusion about sex and distorted its purpose. We have loved the darkness, and now the darkness deepens with the obvious absurdity of homosexual “marriage” a misnomer before it is even uttered. But so is contraceptive marriage.

The grave disorder of homosexual acts and the equally grave celebration on them in our culture is a very deep darkness. Scripture calls homosexual activity “para physin” (contrary to nature – cf. Rom 1:26). Any cursory examination of the structure and design of the human body (which is revelation) makes it clear that the man is not for the man, the man is for the woman. The woman is for the man, not another woman. Having eyes do you not see, and having ears do you not hear? (Mk 8:18)

In Romans 1:17ff, St. Paul and the Holy Spirit describe a culture that has gone very dark. For the men of St. Paul’s day “suppressed the truth by their wickedness” (v. 18). And this suppression of the truth led to an ever deepening darkness wherein their thinking became futile and their senseless minds were darkened. Although they claimed to be wise, they became fools (vv. 21-22). And darkness led to depravity wherein: God gave them over in the sinful desires of their hearts to sexual impurity for the degrading of their bodies with one another. They exchanged the truth about God for a lie…. Because of this, God gave them over to shameful lusts. Even their women exchanged natural sexual relations for unnatural ones. In the same way the men also abandoned natural relations with women and were inflamed with lust for one another. Men committed shameful acts with other men, and received in their bodies the due penalty for their error. (vv. 24-27).

Some Protestant preachers have warned over the years that God would punish this nation for celebrating homosexual activity. But St. Paul’s point is even more poignant: The widespread acceptance of homosexual activity IS God’s punishment. It is a punishment that does not single out homosexuals, it is a punishment on us all. We are collectively very confused, and the darkness grows every deeper. We have sown the wind, we are now reaping the whirlwind.

The faithful Catholic is right to be dismayed and angry. But allow this anger to fuel commitment to living and speaking the truth. Do not direct it merely to wrath or scapegoating. Let this anger fuel your commitment to speak the truth about human sexuality to your children and grandchildren, to be silent no more, embarrassed no more. Speak plainly and boldly, clearly and with charity. But let your anger fuel commitment to the truth, by what you say and how you live. Be angry, but do not sin (Eph. 4:26).

Most of us have contributed to the darkness of these times and need to repent. Perhaps we have bought into the lie of contraception and spread it. Perhaps some have been promiscuous. Other too may have been pure, but were too silent to the impurity around them. And having sown the wind, we reap now the whirlwind. It’s time to repent. It’s time to be angry but sin not.

[Editor’s note: this article first appeared at the Msgr. Pope’s blog at the website of the Archdiocese of Washington, DC.]