Trending Now
You are at:Home»Featured»Reeva, Oscar and the Feminist Lie
By Mary Hasson on March 1, 2013 Featured, Women 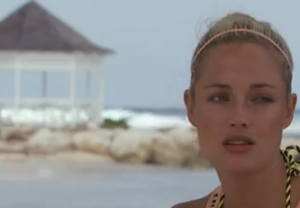 Their relationship was short. And fatal.

Last week the sports world was stunned at the arrest of “the Blade Runner,” South African Olympian Oscar Pistorius, for the murder of his beautiful girlfriend, Reeva Steenkamp.  Pistorius, whose legs had been amputated below the knee in childhood, gained fame competing in track during the London Olympics against able-bodied athletes.

While the full facts have yet to unfold, this much is certain:  Reeva is dead and Oscar did it. And her death is a tragic lesson in the perils of intimacy too-soon.

Hours before her death, Reeva tweeted coyly, “What do you have up your sleeve for your love tomorrow? #get excited #ValentinesDay.” She expected a sexy sleepover with Oscar, followed by a “day full of love,” not a violent death.

In the wee hours of their Valentine’s morning, Oscar shot Reeva four times. Her skull was fractured and police found a bloody cricket bat at the scene. Although Oscar claims he shot Reeva because he mistook her for a robber, police have charged him with premeditated murder. News reports suggest that Reeva’s friendship with another man might have triggered murderous jealousy in Oscar.

The murder is shocking enough. Reeva was stunningly beautiful and, by all accounts, kind and intelligent. A 30-year old law grad, she gained celebrity as a lingerie model and reality TV contestant. Her life was precious to family and friends.

But the context of the murder is disturbing too. Oscar and Reeva had begun dating in November—three short months before her death. Sparks of intense attraction, fueled by the aura of celebrity, ignited a ‘relationship’ in a flash. They quickly became physically intimate.

Like many, if not most, young women her age, Reeva put herself in a vulnerable situation, willingly: she became sexually intimate with a man she hardly knew.

How, after all, could she really know Oscar’s history, much less his character, in the space of a few months? Sure, she could learn the basics in ten minutes on the Internet. She knew he was a sports hero, a national favorite who gave back to his fans and his country. On Twitter, he encouraged disabled kids and veterans and tweeted inspirational Scripture verses. He professed his faith, saying, “Christ makes all the difference. He aids me in all my struggles…” And, ironically, Oscar declared his solidarity with abused women, retweeting, “Girls and women need to be valued, respected, and feel safe, not only at home but also in public spaces.”

Interesting stuff, perhaps.  But public information is no substitute for the test of time when it comes to understanding another’s character, personality, or morals. With more time, Reeva might have learned what Oscar’s friends already knew: that he had dated numerous women, not necessarily one at a time, and had displayed raging anger and a pattern of domestic violence in other relationships.

But instead Reeva lived by the gospel of female empowerment, standing on a platform of sexual freedom. For sophisticated young feminists, women’s empowerment includes the right to pursue casual sex—the power, as Hanna Rosin wrote in The Atlantic, to enjoy “sexual adventure without commitment.”

Whether it prompts a one-night hook-up or a scorching love affair, the feminist lie that left Reeva so vulnerable is this (in Rosin’s words): ”Women benefit greatly from living in a world where they can have sexual adventure without commitment or all that much shame, and where they can enter into temporary relationships that don’t get in the way of future success.

Feminists perpetuate the myth that casual sexual relationships signify female agency and independence. Ambitious women manage their “sexual careers,” eschewing time-consuming relationships in favor of commitment-less sex and “temporary intimacy” (an oxymoron, surely). Later, when it’s convenient, these women might make room in their lives for a committed, long-lasting relationship, though not necessarily marriage.

Oscar clearly supported the feminist script. His “complex love life” was a revolving door through which women came and went—a succession of ‘empowered’ girlfriends ‘benefitting’ from temporary sexual adventures and truncated relationships.

It’s the great feminist lie. And it makes women more vulnerable than ever.

Perhaps Reeva didn’t know that sexual activity itself lowers a woman’s instinctive, protective barriers. Oxytocin released during intercourse increases a woman’s trust in and sense of bonding with her partner—good for married couples but risky for women in casual relationships. Reeva wasn’t stupid—she’d been in an abusive relationship before. But she was blinded by her own empowerment, blinded by the false intimacy that sex-too-soon begets.

So Reeva was vulnerable: barely clothed, sexually willing, but locked in the fortress-like estate of a man who kept his character hidden and guns exposed.

I sometimes ask young women whether, after a first date, they would turn over their debit card and pin number to the man and invite him to help himself. They’re appalled. “No way.  I don’t know what he’s going to do.  He might steal all my money or spend it on something stupid.”  I follow up, “Even if you’re very sexually attracted to him? Would you give him the debit card and pin number after three dates?  A month?” Not a one would grant financial access or presume a man trustworthy so quickly.  But young women willingly grant quick access to their bodies, trusting their emotions, safety, and reproductive future to a sexual partner they barely know. Aren’t women’s lives, integrity, and wellbeing worth more than their bank accounts?

Reeva struggled with those very contradictions. According to friends, Reeva was “very passionate” about “women and empowerment” and was set to give a testimony of sorts on Valentine’s Day. She had suffered from a previous sexual relationship gone bad, and blamed that abusive relationship for her “loss of self-worth.” She wanted to encourage students to be empowered, to  “make your voice heard” and to hold onto the truth she belatedly discovered, of her “value in this world.”

It’s a crying shame that Reeva did not get the chance to deliver her message. But it’s even more tragic that she did not see her value apart from the feminist myth of sexual freedom. Perhaps young women will see in her life—and death—the lesson that Reeva herself missed.