Trending Now
You are at:Home»Featured»Refuse to Render Unto Caesar
By Ken Connor on September 27, 2013 Featured, Government & Politics 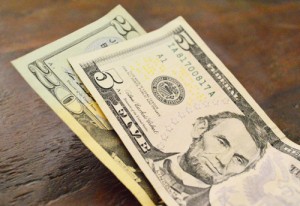 [R]ender therefore unto Caesar the things which are Caesar’s; and unto God the things that are God’s (Matthew 21, KJV).

It’s been 18 months since Secretary of Health and Human Services Kathleen Sebelius announced a new requirement that all U.S. employers must provide insurance coverage for birth control, including abortifacients, at no cost to their employees. As lawsuits against the infamous HHS mandate increase in number, it’s looking more and more likely that the constitutionality of the Patient Protection and Affordable Care Act will be reviewed by the Supreme Court.

One of the businesses resisting the mandate on the grounds of religious liberty has filed a petition to have the case reviewed by the Supreme Court after both the 3rd and the 6th Circuits for the U.S. Court of Appeals ruled that for-profit entities are not “people” and thus cannot exercise religious liberty. From the Heritage Foundation:

“Conestoga is a kitchen cabinet manufacturer in Pennsylvania employing 950 individuals. Its owners, the Hahns, run their family business according to their Mennonite faith, including offering an employee health plan aligned with those values. Under the Obamacare mandate, however, the Hahns are forced to provide and pay for coverage of abortion-inducing drugs—despite the family’s religious objections. Conestoga Wood could face fines of up to $95,000 per day for sticking to their deeply held beliefs and not complying with the mandate.

The Hahns sued to stop the implementation of the mandate, arguing that it violates the Free Exercise Clause of the First Amendment as well as the Religious Freedom Restoration Act (RFRA), which requires that government action “not substantially burden a person’s exercise of religion even if the burden results from a rule of general applicability.” RFRA does not define who and what entities qualify as a “person”—and that is precisely the question before the Supreme Court: Does a for-profit business count as a “person” under RFRA and the Free Exercise Clause?

In July, the U.S. Court of Appeals for the Third Circuit denied the Hahns’ request for a temporary halt to the mandate, finding that for-profit businesses are “artificial being[s], invisible, intangible, and existing only in contemplation of law” and could not exercise “an inherently ‘human’ right'” like the free exercise of religion. Earlier this week, the Sixth Circuit agreed.”

The legal “reasoning” behind the denial of basic First Amendment liberties to for-profit businesses is utterly spurious. Neither basic common sense nor the judicial principle of stare decisis supports the conclusion that moneymaking is at odds with the free exercise of religion. Corporations, whether for-profit or not, are made up of people, and the law has always treated them as such. Mark Rienzi, lead counsel at the Becket Fund for Religious Liberty and Associate Professor of Law at Catholic University, recently penned an excellent essay explaining why the government’s denial of First Amendment protections to for-profit businesses is inconsistent with its treatment of business in every other area of law. From the piece (worth reading in its entirety):

“The Court frequently applies religious liberty law to protect people who are trying to make money; indeed, the whole purpose behind Title VII’s ban on religious discrimination in private employment is to protect the right of people to make money without facing burdens on their religion. The Court has repeatedly said that the corporate form itself is not a bar to religious exercise, as it unanimously found in last year’s Hosanna-Tabor case. And conscience clauses across the country (and even within the Affordable Care Act) recognize that profit-making businesses may have religious or moral objections to participating in abortion. These factors alone make a strong case that profit-makers can exercise religion.

But even if religious liberty law had never addressed the question of religion and money-making at all, our legal treatment of for-profit businesses in a host of other contexts confirms that they can exercise religion and are protected by our laws. Three principal points emerge.

As I said, this is an excellent essay that clearly refutes any judicial ruling denying free exercise rights to for-profit businesses. Professor Rienzi strikes at the heart of the issue when he demonstrates that the government has never taken issue with treating for-profit businesses as people until now. This indicates that the government’s reason for doing so has little to do with legal principle and everything to do with political ideology.

Herein lies the rub: The HHS Mandate isn’t simply a case of bad law or misguided jurisprudence. Those problems have plagued mankind since the dawn of civilization. The HHS Mandate is uniquely disturbing because it represents the government using its power to impose ideology at the expense of the Constitution. In the same way that Roe v. Wade established the terrible legal precedent that a woman’s supposed right to privacy trumps an unborn child’s right to life, the Obama administration would insist that a woman’s “right” to employer-subsidized birth control trumps a business owner’s First Amendment liberties.

As American society becomes increasingly defined and guided by secular norms, there are bound to be more conflicts between the ideology of the nanny-state and the Constitution. As it stands today, our governing elites can barely mask their disdain for anything resembling traditional morality and are showing themselves increasingly hostile to religious values. They are bound and determined to advance their ideological vision at all costs. In response, it’s up to the “silent majority” to make their wishes known at the ballot box. Citizens that cherish the Constitution and the liberties it provides must do their part to work for the election of representatives who share their vision and values. The only alternative is to do nothing and play the victim as the forces of “progress” systematically dismantle our Constitution and undermine our rights.

If we lose at the ballot box and lose in the court of law, then it is quite possible that the time will come when civil disobedience is the only recourse left for Christians and other persons of faith in America. When government seeks to compel that which God forbids or forbid that which God commands, the only faithful response is to cast our lot with God, our ultimate Lord and ruler. Of course, any such action should be peaceful and dissenters must be prepared to accept the consequences, but the message must be sent that government is not God. When it comes to matters of human conscience, we are guided by the Creator of the Universe, not self-aggrandizing technocrats on a power trip.

I for one refuse to concede defeat, and am confident that the majority of Americans appreciate the importance of religious liberty. It will be interesting to see how the Supreme Court works through these fundamental issues, and how the American people respond to their decision.