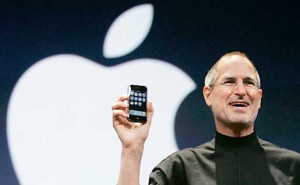 As an entrepreneurship educator, studying the co-founder and former CEO of Apple, Steve Jobs, has been one of the great pleasures of the profession. At times, it even feels like an indulgence given the difficulty future technology leaders will surely have in replicating his contributions.

In an industry where prices were continually being pushed down, Apple products were able to command a premium. Jobs had the ability to use his experience with Pixar and Disney to crack the code for a viable digital-rights business when no one else could. His capacity to identify the interconnectedness of Apple products, forming its own ecosystem, was unprecedented.

There are so many teaching lessons in the business strategy that Mr. Jobs oversaw: his ability to draw inspiration from other industries and sources, his willingness to shrink rather than constantly grow product lines, his unwillingness to rely on commoditized marketing studies or focus groups, his obsession with simplicity and functionality, his decision to accept a $1-a-year salary in order to place the emphasis on value creation.

However, my favorite Steve Jobs teaching lesson is not about his incredible leadership or innovations but rather about failure and redemption. Students today can hardly imagine a world in which Apple was a struggling company, flailing to establish its identity in the mid-1990s. Too often, young people only see success as a straight-line endeavor. And while some of Apple’s struggles were the result of flawed strategy and execution of its then-CEOs John Sculley and Gilbert Amelio, some were self-inflicted by Mr. Jobs himself.

When Steve Jobs returned to Apple in 1997, he transformed the company, the industry, and the way in which the world interacts with both media and technology—but not without personal and professional struggles. Yes, even the great Steve Jobs had multiple acts in a complex and brilliant business life.

I sprinkle all these examples and many others throughout the entrepreneurship courses I teach at Grove City College. You can always count on a Steve Jobs and Apple example to get students to sit up a little straighter and tune in more intently. They sense something important is coming and don’t want to miss it. For all the accolades this man has and will rightly receive, I think the respect and attention of the next generation may be among the most powerful.