Trending Now
You are at:Home»Featured»On the Rosa Mistica Apparitions
By Kevin Symonds on March 25, 2013 Featured, Live in Christ 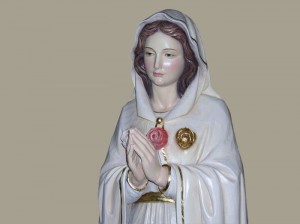 Recently, some friends queried me about the alleged apparitions known as “Rosa Mistica” (Mystical Rose). From their questions, it seemed to me that there is a growing interest in the English-speaking world in Rosa Mistica. I decided to devote myself to some research and to write an article summarizing the information. What follows is the fruit of that research.

For those already familiar with the Rosa Mistica case or for those who simply want the short answer as to the character of the claims, the following summary should suffice:

The local Ordinary, with the backing of the Holy See, declared the Rosa Mistica claims to be lacking in credibility.  They do not come from God.  Promoting the claims as if they were from God is disobedience to the directives of the Church.

In 1947, an Italian woman named Pierina Gilli claimed the Blessed Virgin was appearing to her.  At the time, Gilli was living in Montichiari, located in northern Italy. Montichiari is not far from the city of Brescia, the seat of the Diocese of Brescia. 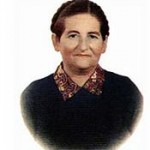 Pierina Gilliliving in Montichiari, located in northern Italy.  Montichiari is not far from the city of Brescia, the seat of the Diocese of Brescia.

Throughout 1947, Gilli claimed at least 7 apparitions of the Blessed Virgin. During the second “apparition,” Gilli claimed Our Lady requested she be venerated under the title of “Mystical Rose.” It was said the “apparition” included three different colored roses (white, red and yellow) on or near the heart and that these represented prayer, sacrifice and conversion/penance.

The purported messages following the above image largely, though not exclusively, concerned the condition of the religious life and clergy.  An alleged secret was communicated to Gilli and a promise of later “apparitions” that were said to have taken place in 1966 in a city named Fontanelle. These latter alleged apparitions included a claim to miraculous water and directions concerning some wheat to be used for Holy Communion.

The Montichiari/Fontanelle claims and the devotion that arose in response appear to have been taken seriously by the Diocese of Brescia.

According to the Chancery Office of the Diocese of Brescia, there have been a number of official documents related to the Montichiari/Fontanelle claims. It appears there have been about six in number spanning a 40-year period (1968-2008). The first three documents in the above time-frame do not seem to be available in full text via the Internet. The latter three, however, have been furnished and one appears to quote the important parts of the earlier documents.

In chronological order, the documents are as follows (for a complete list of Brescia’s Bishops, please click here):

Let us briefly look at what the above documents say so as to understand what the directives of the Diocese of Brescia have been with respect to the claims of Pierina Gilli.

The fourth document, dated February 19, 1997, is the first of the available documents.  However, this document is not reproduced on the official documents provided by the Diocese of Brescia web site.  The purported text has been made available by British author and researcher Donal A. Foley.  Foley claims to have the text of the Declaration and placed this text on his web site, Theotokos, in both Italian and English.

According to the official papers, the 1997 Declaration of Bishop Foresti reconfirmed what his predecessor previously ordered.  The papers say, “The Bishop of Brescia, taking into account the various requests (“vari solleciti”) that are continually required in this regard, both from Italy and abroad, reconfirms what was ordered (“disposto”) by him and by his predecessor.”[2]

The above leads us to ask what was said in the past.  According to the official papers, what has been said is as follows:

[From the Announcement of June 30, 1968] The Bishop strongly urges all the faithful who claim to respect the directives of the Church not to encourage (“favorire”) or with publications or pilgrimages the spread of devotions that are founded on a non-approved interpretation of facts or objectively tested (“controllati”) or evaluated responsibly.[3]

[From the Announcement of November 25, 1975] The Bishop renews the firm invitation to the faithful and priests because in the subservient acceptance (“ossequiente accettazione”) of previous decisions [they]know how to find in other sanctuaries and places recognized by the Church the best way (“la forma migliore”) to express the requisite and necessary devotion to the Mother of God in the most authentic contents of the faith and of Catholic spirituality.[4]

[From the Declaration of October 15, 1984] The Bishop of Brescia, comforted by the authoritative opinion of the Sacred Congregation for the Doctrine of the Faith, conveys that: a) the so-called apparitions of the Madonna Rosa Mistica in Montichiari do not present motives of credibility; b) The relative cult to the Madonna Rosa Mistica, therefore, is not approved and cannot be practiced or encouraged (“favorito”); c) Anyone who favors spreading publications or organizing pilgrimages cannot help but disturb the faith of believers, inducing (“inducendoli”) them to act contrary to the dispositions of the Church.[5]

From the above schema of documents, a progression of events is seen.  The 1968 Announcement warns the faithful that the Church has not approved the claims.  Therefore, says the document, the faithful should not promote the Rosa Mistica claims.  No statement on the character of the claims was made. 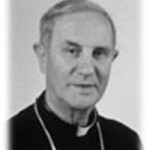 Next, the 1975 Announcement reiterates the 1968 Announcement.  It does, however, go one step further to direct the faithful to other places to practice piety and devotion to the Mother of God.  Again, no statement on the character of the claims was made, but the investigation thus far does not appear to favor a positive judgment.

Finally, in the 1984 Declaration, an authoritative judgment is given—the Rosa Mistica claims have not rendered sufficient evidence to prove the claims have their origin in God.  The Bishop also indicates in this Declaration that he consulted with the Congregation for the Doctrine of the Faith in Rome and that it is in agreement with his position.

For the next 13 years, it appears that questions concerning the status of the Rosa Mistica claims continued to be posed to the Archdiocese of Brescia.  This compelled the Bishop, Bruno Foresti (the same Bishop who signed the 1984 Declaration), to issue a further Declaration on February 19, 1997 that reconfirmed his position of 1984.  The negative judgment was reconfirmed and along with it the warning that promotion of Rosa Mistica was outside of official Church directives on the matter. 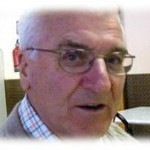 In 2001, Boselli was the Director of the Liturgical Office of the Diocesan Curia.  As the Director, Boselli was in a position of having to enforce canon law with respect to the Bishop’s place as the regulator of ecclesiastical discipline in his territory (canon 392 §2).  This is because of the close association between private revelation and devotions.

From the above information, one can conclude there must have been some considerable concerns with the liturgical life in Montichiari/Fontanelle relative to the claims of Pierina Gilli.  In fact, Boselli’s Directory indicates such an association.  In light of the apparent conflict between Diocesan directives and belief in Rosa Mistica, the intervention of the Vatican’s Congregation for Divine Worship and Discipline of the Sacraments was sought by Brescia’s Bishop.

The above intervention came in the form of a letter dated November 16, 2000.  The text does not appear to have been released to the public.  Nevertheless, the letter became the cause for Boselli’s 2001 Directory.  The letter assisted the Diocese of Brescia to formulate norms and directives for the liturgical/devotional life of the faithful of Montichiari/Fontanelle apart from the claims of Pierina Gilli.

In 2008, the last of the official Diocesan documents on Montichiari/Fontanelle was released.  The new Bishop of Brescia, Luciano Monari, updated the 2001 Directory.  For the purposes of this article, there is not much of interest in the article except that it explicitly reiterates that no alleged messages and such can be promoted or disseminated.[6]  Bishop Monari states: 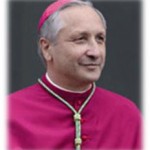 In a particular way, it is explicitly asked to individuals and groups, which so far are more or less personally dedicated to promote the Marian cult in the locality Fontanelle, to comply with all the indications (“indicazioni”) of the Directory, not to disseminate messages or publications, or to promote acts of worship, or to launch structures that can even indirectly induce the faithful to believe that the judgment of the Church about the so-called apparitions and other extraordinary phenomena, has been altered in a positive sense.

To conclude this article, it is readily apparent from consistent documentation that the Church has not accepted as worthy of belief the alleged “Rosa Mistica” apparitions to Pierina Gilli.  However, the information largely remains in the Italian language.  Lack of English translations of this important material may be to blame for the rise of interest in these claims in the English-speaking world.

[1] I have contacted Donal Foley and he claims he contacted the Diocese of Brescia who furnished him with a copy of Bishop Foresti’s 1997 Declaration.  From there, he says, an acquaintance of his translated the Italian into English.