Trending Now
You are at:Home»Learn & Live the Faith»Apologetics»Rules and the Church: Love ’em, or Hate ’em
By Stanley D. Williams, Ph.D on June 23, 2012 Apologetics, Featured, MyChurchParish.com, The Social Order 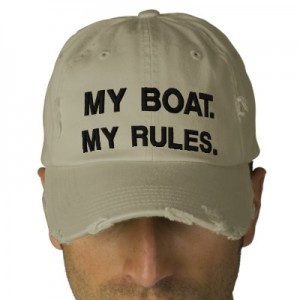 A friend wrote me:

I’ve been talking to someone who is interested in what the Church teaches but has a BIG problem with the Church hierarchy.

Basic argument:  If we love God we keep His commandments. Keeping His commandments out of love is BETTER than keeping them out of fear. And following God’s rules are better than following rules made up by men.

Why doesn’t the Church simply teach people to LOVE God – rather than focusing on the rules?”

Stan, do you have any knowledge of books or tapes, (or if you have thoughts on the subject) would be warmly welcomed!

I don’t, off hand, have any books I’m aware of on that particular position.

But I am very familiar with the argument and have a response that fits with my understanding of church history and teaching.

The difference between the motivations of love and fear is insignificant compared to the difference between obeying or not. It’s like the decision to run a red light or not. We can NOT run the red light out of love for the government (a stupid concept) or we can NOT run the red light out of fear of being killed if we do. The goal of the red light is to protect us. (It’s kind of a glass half-empty vs. half-full argument. In the end it doesn’t matter. Are you an optimist or a pessimist by nature? Do you have a choleric or a sanguine personality?)

God’s love is unconditional whether you obey him or not. But his reward of blessing and eternal life is very conditional on our obedience. It doesn’t matter if we obey out of love of him or fear of him. The fear comes from the dastardly physical consequences. And so we come to love the law, because they keep us (if we obey them) from the consequences.  Thus, it might be a maturity thing. When we’re a child we fear touching the stove, but as we grow older we love the fact that we were warned against touching it.

Love and Reward are not the same things. People confuse the two concepts and wishfully but fatefully believe wrongly that if God loves me he will give me blessing. But that’s failed logic. A loving father disciplines his children. Why? Because he knows that love must be consistent with right judgment and coincide with what is good, true and beautiful — that is natural law. True love is always cooperative with how nature works. Love is the same thing as truth. You can’t separate them. Do I wear sunscreen because I fear getting a sunburn, or do I love sunscreen because it prevents the pain of a sunburn. I don’t really see any difference. Use the sunscreen, enjoy being outside.

So, consequently LOVE and FEAR are the SAME THING, or they are on the SAME scale of values and motivation. They are the same coin, but different sides. (Any number of metaphors can come close to describing the relationship between LOVE and FEAR. It is a mistake (in theology) to believe they are different.

Society also has a problem with feelings of “guilt.” But guilt is good when it keeps you from doing stupid things in the future. Guilt can be bad if it inhibits self-respect.

So, in the end it really does not matter if you obey out of Love, or obey out of fear. The fact is that you are obeying. Just like you want to obey the laws of the land (or most of them). Do you love the laws of your state because they bring order, or do you obey the laws because you fear jail? Is there a difference?

But many folks, like your friend, don’t see that? Why?

People that dislike the Church’s rules and claim the Vhurch focuses on the rules too much are doing one if not all of these things:

A. They want to do what they want to do and not have anyone tell them what to do. (You probably know someone like that. Perhaps you see him  every morning when you brush your hair. I know I do.) It’s easier to attack the Church and claim the rules are the rules of men when in fact this is God’s Boat we’re in, not the Church’s. People can’t argue with God, so they pick something fallible and pretend the Boat belongs to man. Sorry folks. Man did not invent, create, nor does he control nature.

C. Their pride does not allow them to accept that God has rules of natural law that require things of them. God loves us so much that he gave us gravity, and a whole much of other mechanisms that give us life. But if you whine about it and ignore it, you’ll kill yourself.  You are free to make any choice you want, but you can’t choose the consequence, God does that. Pride goes before a fall. Shakespeare intoned, “He who runs stumbles.” The edge of the cliff is always there waiting, just waiting for the fool who says either (a) there is no God, or (b) there is a God and he’s just like me.  Right. Hey, Jacko, can you fly?

D. They are not listening to the Church’s message of God’s love that came through Jesus Christ, but only remember the rules (that God establishes, not man) and  they mistakenly claim the rules are made by man. Not so (more on this below).

The Church’s job is to discern the immutable laws of the universe and compile a guide for living that can lead to happiness. That is where the Catechism and the rules it contains come from. They are anything but arbitrary, but they are arrived at BY USING THE SCIENTIFIC METHOD, which, by the way, the Church originally came up with. For over 6,000 years of human history Church leaders (if you go back to the Jewish fathers) observed nature, tried to figure it out and write down rules for behavior that would lead to happiness. (Have you read Proverbs or Sirach lately?)

Centuries ago the study of philosophy and physics WERE THE SAME thing. Then as we gained more understanding we saw the differences between metaphysics and physics. Then, mankind tried to answer the question WHY… which introduced the realm of religion. They all overlap, religion, philosophy and physics. Physics describes how something works mechanically (the body), philosophy tries to explain the unseen logistics of mankind’s intersection with the physical realm (the mind), and religion tries to explain WHY in terms of morality (the spirit).   All of these disciplines try to describe how to LOVE life and HATE death. Physics deals with atoms, Philosophy deals with thoughts, and Religion deals with origins, purposes and final disposition. ALL THREE, interestingly enough, deal with the dimensions of space and time we cannot perceive (there are more than ten all total).

So, today, the Church (being historically involved heavily in all three disciplines) tries to focus on the religious and moral side by asking: What kind of rules do we need to follow IN ORDER TO LOVE GOD?   And in this case LOVING God, FEARING God, and LIVING HAPPILY are all the SAME THING.

Proverbs 9:10 says, “The fear of the Lord is the beginning of wisdom.” Again, ALL THE RULES existed before the Church came around just like gravity existed before Newton came on the scene.  The Church just wrote them down like Isaac Newton wrote down the laws of Gravity. And by the way, when Isaac did that, he did it as part of the Church’s system.  None of the rules are arbitrary by any measure. Only people that like to spit into the wind will think so.

A person with no faith in God but who obeys God’s rules of order will be blessed here on Earth and may or may not be blessed eternally based on God’s omniscient judgment of how well that person followed their conscience (an individual’s understanding of the rules).

A person with faith in God who does not obey God’s rules of order will NOT find blessing on earth and may spend a lot of time in purgatory before getting to heaven. (Again the Church’s job is to help maximize temporal blessing and speed our entry to heaven.)

The Church’s job, therefore, is to discover what is true and promote it for mankind’s temporal and eternal benefit.  End of story.  There is nothing arbitrary about the rules and nothing more natural than the rules.

Share. Twitter Facebook Google+ Pinterest LinkedIn Tumblr Email
Previous ArticleThe Bible Tells Me So: A Southern Gent Wows Catholic Kids with the Bible
Next Article Poem: “A Baby’s Cradle with No Baby in it”