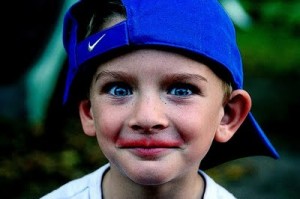 This week, millions of American children return to their classrooms. Unfortunately, the material some of them will be forced to study is controversial, to say the least.

In keeping with their habit of using our educational system to impose their political agenda on a new generation, lawmakers and educators on the left have succeeded in expanding their use of curriculum to advance progressivism.

For example, this summer, while California’s kids were enjoying the sun and surf on the beautiful Left Coast, Gov. Jerry Brown signed into law a bill that will require, beginning in January, the specific inclusion of gay Americans in California’s history and social studies curricula.

This means, rather than teach from the perspective of historical significance, California now will seek out specific contributions of gay, lesbian, bisexual and transgendered persons for the sole purpose of noting that they were achieved by such people.

Mandating test questions such as “Why is this event important?” with the answer “Because the person who did it was gay.”

And we wonder why we’re lagging in worldwide educational rankings.

The new law also requires that curricula include the contributions of other segments of society – African-Americans, Asian-Americans, American Indians – basically, any ethnicity you can hyphenate. It’s multiculturalism in the extreme, framing history and social studies through the lens of “diversity.”

These lessons are meant to reinforce the leftist motto: Our strength is our diversity. Even if we have to rewrite our history books to make the point, and especially if our strength is actually our ability to ignore our differences and meld together into one American culture.

Rewriting our history books is actually going to be necessary in order to achieve California’s political indoctrination objectives. But this means the rest of the country can look forward to such lessons incorporated into their textbooks as well, because California is the nation’s largest purchaser of textbooks. This falls under the heading: The Guy With the Ball Gets to Pick the Game.

Across the fruited plain, New York City’s children will this year be required to take so-called comprehensive sexuality education in middle school and high school (something California mandated years ago). The idea behind this movement is to equip children with graphic information about sex, contraception, sexual orientation, gender identity and transgenderism because, according to the zealots on the left, these lessons will prevent teen pregnancy and the spread of sexually transmitted diseases.

In the terminology of the day, these courses are “evidence based,” supposedly implying that they have been tested and determined to be effective. And they are, but it depends on what you aim to achieve.

If the goal is to corrupt children’s sexual innocence and undermine the authority of parents to introduce to their children such information as they see fit, then, yes, comprehensive sexuality education is certainly effective.

Concerned parents on both coasts are mobilizing to respond to the aggressive use of the classroom to promote the values and political goals of the left.

In California, an effort is under way to put a referendum on the ballot to overturn the “gay history” legislation, while New Yorkers are only beginning to realize that the edict of their superintendent means parents must assert their authority to opt out of sexuality education.

It doesn’t take a social scientist to note that the decline in American public education coincides with the expansion of social indoctrination in our classrooms. These two examples from the coasts are just the ones in today’s headlines; the movement permeates every subject, from history and government to science and math.

Yes, there is social justice math.

Educators are quick to tell America that they can’t be expected to “do it all.” I couldn’t agree more. They ought to stop using classrooms for political purposes and simply educate our kids.