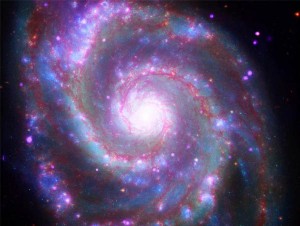 University of Chicago biologist Jerry Coyne has an interesting post over at his blog “Why Evolution Is True,” which hits on something I care a lot about: science and religion.  Specifically whether they go together or not. Coyne mentions two posts from the New York Times blogs, one against naturalism and one in favor of it. Neither of them are very interesting in my opinion. But Coyne summarizes part of the second one (the one in defense of naturalism) thus:

Science wins because it works.  That’s a quote from Stephen Hawking, and Rosenberg, like me, agrees: we can ground a philosophical naturalism in the remarkable success of methodological naturalism in helping us understand nature, and the abject failure of any other methodology, especially religion, to find the truth…

This is called a false dichotomy. Pick two things, say they oppose each other, and that you must choose one or the other. (And Coyne informs you which one to choose, if you didn’t notice.)

Yes, science “wins” because it works. And if we remember that science is an offspring of a particular metaphysical view, then we come to see that the fact that science works is actually a very good thing for Christianity. It makes theists “win” too.

Science has a metaphysics under it. Yes, a set of assumptions that are not subject to experimental testing of any sort. Science relies on quite a few metaphysical premises in order to operate, such as beliefs that the world is good (therefore worthy of study), real (not an illusion), rational, orderly, homogeneous, not sacred (it is a creation, not the sacred creator itself), investigable by the human mind (which is imago Dei), not logically necessary but contingent (therefore requiring empirical investigation, not only pure logical thought), and that truth ought to be shared freely.[1]

These are all metaphysical premises drawn from the environment that created science: a religious environment that started separately with Aristotle and the ancient Hebrews, joined and moved through Christianity and Islam, and culminated in the medieval and Renaissance West.

The fact that “science works” (which has somehow become a taunt of the new atheists, see Coyne say it in another place here) is actually great for Christianity because it shows our metaphysical assumptions – and therefore our theology insofar as it informs those assumptions – produces a science that works! It’s really very good.

But Coyne doesn’t know that. So he says this:

Religion has an epistemology, too: dogma and personal revelation (seasoned with wish thinking) but in thousands of years it hasn’t vouchsafed us one bit of verifiable knowledge about reality.

This is a ridiculously ignorant caricature of religion. All about dogma and personal revelation (oh, and wish thinking), huh? Because actually religion has vouchsafed us at least one bit of “verifiable,” or perhaps “working,” knowledge.  It’s called the scientific method.

Coyne must not know about the dozens of Catholic priests (not to mention theists of other stripes) who were involved in the development of the scientific method.  The Oxford Calculators are a good place to start. St. Albert the Great is another. Robert Grosseteste. Roger Bacon.

And why did they get so interested in experimental and observational science?  Because they were interested in God’s creation. Their metaphysical assumptions made them curious and led them to figure a way to determine truths about that creation. For them, the goal of this scientific activity was to get better data for their theology. Read the creation to get at the creator, the work to get to the author.

So when contemporary science tells us something new and Coyne says “Aha! You are changing your theology because of science you ad hoc liars!” We say “Well, no. You just gave us the interesting data about creation that we developed science in order to get. Now we know more about God. This is exactly what we wanted. Thanks!”

Science helps theology better understand God by better understanding God’s creation. Theology developed the scientific method for precisely that reason. Any good science gives us good data on God. And for that we should be thankful. That Coyne does not understand this is very unfortunate, but understandable. Our educational system is terrible, even for professors.

On the other hand, that many Christians do not understand this (like creationists) is grotesquely embarrassing. They make a mockery of their own religion by making God’s creation and our minds into junk that interferes with knowing God, rather than gems that help us know God. This ignorance needs to be corrected.

So to end, whenever an anti-theist says “Science works!” thus implying that religion does not, inform them of the meaning of a false dichotomy (science is a branch of philosophy and theology, not an opponent of it), and explain how the fact that science works actually confirms your faith because it confirms your theological metaphysics, as the history of science abundantly proves.

Brian Green is a doctoral candidate in ethics at the Graduate Theological Union in Berkeley, California. He has previously worked in the field of molecular biology and has taught high school overseas with the Jesuit Volunteers International. He blogs at the MoralMindfield.