Trending Now
You are at:Home»Learn & Live the Faith»Apologetics»Scientific Musings Regarding God
By Theodore Kobernick on September 8, 2011 Apologetics, Featured 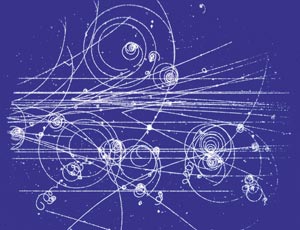 One of my friends at the University of Washington was Milt Gordon (God rest his soul).  Milt was a real scientist, and Chairman of the University’s Department of Microbiology.  After I had left academia, Milt did some successful work (not just theory or studies) in plant genetics.

One evening, as Milt and I, with our wives, were driving back to Seattle after a day in the mountains, I decided to lay a trap for Milt.  “Milt,” I asked, “are they still using the science textbooks you used in high school?”

Milt was surprised that I would ask such a foolish question: “Of course not, Ted.  They’re ‘way out of date.”

“Well, how about the books you used in college?”  Milt gave the same answer, but without the surprise.

“Surely, Milt, some of the science books you used in grad school are not outdated.  Do you use any of them?”

“No, Ted.  Science is rapidly changing.  New discoveries are being revealed as quickly as they can be published.”

“Milt, what about the books you are using now to teach your students – how long will they stay valid?”  Milt thought about that, and told me that almost all of them would be superseded within five years, and that perhaps an especially excellent text in a slow-moving field might have a life as long as fifteen years.

After a pause, I sprang the trap on my (Jewish) friend Milt.  “Milt, what about the books you used in Hebrew school, which taught about your right relations with God and with other people?”  Silence.  Milt was thinking, reflecting.  “No, Ted, those are not out of date.”

The next time I saw Milt was a week or two later, at a little party at his home.  Milt was wearing a yarmulke — a Jewish skullcap — which I had never seen him do.  His son Peter, a tall teenager, asked, “Dad, why are you wearing a yarmulke?”  Milt simply said, “Because I’m a Jew, and I’m a man.”

That was years ago.  More recently, last week, in fact, I was thinking about quarks.  Quarks are subatomic particles which exist for a very short time – something like a milli-zilli-nano-picosecond, or whatever your real scientists call it.  Nuclear physicists have never seen, heard, felt, smelled or touched quarks, even with their refined instruments.[i]  The existence of quarks is inferred from studies of the results of high energy collisions in particle accelerators such as cyclotrons and linear accelerators — and in the results of cosmic ray activity.

Anyway, a few specialists in their field have whimsically labeled six varieties (or “flavors”, believe it or not) of quark: Up, Down, Charm, Strange, Top, Bottom.

Do quarks really exist?  Don’t ask me.  My science studies included only two years of physics and a year of chemistry at Cornell, plus a lot about electricity.  Quarks were not even discovered until 1968, and the Bottom quark was discovered in 1995.

One last item about quarks.  There are many published scientific discussions about the behavior of quarks in the “Big Bang.”  Really!  Here’s this theory about the mechanics of the beginning of the cosmos, billions and billions of years ago; and serious theoretical physicists are publishing about the actions of short-lived quarks ‘way back then.

You ask, what have quarks to do with a study of the Bible, of God and the ultimate nature of man?  Good question!  To answer it, let’s approach it from the other end.  We Christians have heard from atheists that God does not exist.  Whenever Christians tell such a person about something God has done in their lives, the atheist explains it away somehow.  And when stories of the actions of God are published, these atheists call it “anecdotal evidence.”  The Bible they dismiss as a fabric of tall tales and myths.

In support of this line of thinking, they especially favor the citation of “scientists.”  It is the scientists, supposedly, who deny that any evidence exists for “intelligent design” in the universe.

First, the vast majority of these atheists exhibit ignorance.  They don’t even understand the things they presume to speak of.  Their ideas are borrowed from other people.  They are not thinkers you can re-educate, and they are not scholars in the pertinent sciences.[ii]

Second, even the educated persons, “scientists” and others, are almost always unqualified to voice an opinion on matters of God.  Take me as a counter-example.  I do not regard my scientific studies as qualifying me to decide whether quarks really exist, or whether they are just a convenient model to use until the next scientific discovery outdates them.  And if I were to assert my opinion as authoritative on such a matter, you would be right to regard me as an arrogant fool.

And so a “scientist” who has not even devoted a year or two trying to learn about God, claims to speak with authority on that topic.  Sheer nonsense!  These scientists spent four years in a college science curriculum; they devoted four or five years to postgraduate studies in their specialties; and probably they participated in experiments and studies even beyond these eight years.[iii]  Let them tell me about the quarks they have studied.  I won’t argue with them.  But where do they get off telling you and me that there is no God?

Whenever someone proposes a new, real, scientific theory, scientists in the field endeavor to develop a means to verify or disprove the new theory.  When Einstein promulgated his Special Theory of Relativity, he was confident of its mathematical basis; but he nevertheless insisted that before the theory be accepted, it must be verified.  The great English astrophysicist, Arthur Eddington, devised the famous solar eclipse experiment of 1919, which verified Einstein’s conclusion that space gets curved by gravitational fields.

Therefore, if a real “scientist” wanted to prove that God does or does not exist, that “scientist” would devote a few years to research about God — not necessarily theology.  Then the “scientist” would try to devise an empirical experiment wherein God’s presence or absence would be clearly demonstrated.

Well, of course this has not been done.  Mere assertion, combined with social status, take the place of serious investigation.  Our “scientists” today seem to be the same kind of religious authorities as Ibn Hazm, an 11th century Muslim theologian, who asserted on his own authority, and without proof, that God is not bound even by his own word, and that nothing would oblige him to reveal the truth to us.

Compare Hazm’s allegation with the theory of evolution.  Again, I am not competent to judge whether or not evolution was the process whereby the different forms of plant and animal life developed on earth.  For the sake of the argument, just suppose it really was the means.  How in the world does anyone dare to say that there was no intelligent purpose behind the evolutionary developments?[iv]  The most such a person might assert with authority is, “There was no intelligent purpose in creating my own mind.”

The third rebuttal is brief.  If thousands of years and millions of testimonies about the workings of God are mere foolishness and unverified anecdotes, then what are a few years of a very few persons testifying that they have detected quarks?

Towering scientific geniuses — Newton and Einstein, for example — saw the creation as evidence of God’s greatness. Why, then, should anyone give credence to certain scientific midgets (who in matters of science stand on the shoulders of these giants), when these small minds assert, with no proofs, not even any evidence, that there is no God?[v]

Finally, even if I had not experienced in my own life many proofs of God’s love and care, I would not have the faith that it takes to assert that there is no God.  For those who have the faith that there was no purpose in bringing them into the world, the best and worst they can hope for is that they are right, and their lives and thoughts are indeed meaningless nullities.

[i]Notice that the author did not say “scientists.”  He does not like the inaccurate generic labeling of persons as “scientists.”  He is too fussy for contemporary tastes.  He consdiers that volcanologists, zoologists, marine biologists, meteorologists, etc. should not be lumped together, as in “scientists tell us . . . .”  He wants to know what branch of science is their specialty.  He seems to think that a chemist might not be qualified to comment on quarks, etc. [ii]In a caustic, unspiritual mood, the author called such persons ‘parrots.’ [iii]Only with great difficulty did the author restrain himself from saying that such scientific specialists learned more and more about less and less, until at last they knew everything about nothing. [iv]The author proposed a conundrum.  How could a mind created by random chance hope to know anything at all about a creator?  If there is no God, then surely there can be no survival advantage to believe in God.  Yet almost all societies believe in God.  A prominent society that denied God – the Soviet empire – did not survive even one century before falling apart.  Today, the United States, as it becomes more and more atheistic, is in the process of decline and fall.  Clearly, there is survival advantage in recognizing God. [v]Please try hard to avoid cynically assigning to some of the Quarkists, and others, the mercenary motivation of getting HUGE, GIGANTIC, STUPENDOUS amounts of money to conduct their researches.
Share. Twitter Facebook Google+ Pinterest LinkedIn Tumblr Email
Previous ArticlePlaying Poker With Obama
Next Article Obama Admin: Catholic Church Spreads “Homophobia” in Poland