Trending Now
You are at:Home»Columnists»Shirley Temple’s America
By Dr. Paul Kengor on February 13, 2014 Columnists, Featured, On Media, On TV and Movies 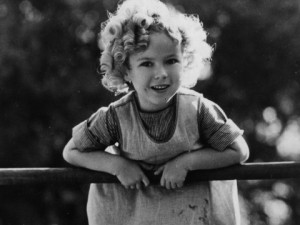 I learned only yesterday that Shirley Temple, the iconic child actress, died earlier this week at age 85. Reports on her death were easy to miss. I went through my usual scan of various websites and saw nothing. I fortunately caught a buried “Shirley Temple, R.I.P.” by a writer at a political website.

I was dismayed by the sparse reaction to the loss of this woman who lived a great American life. Had Shirley Temple died 50 years ago, or even 30 years ago, the country would have stopped. People everywhere would have paused to give Temple her due. It would have been the lead in every newspaper.

But not today. Our culture is too obsessed with Miley Cyrus and gay marriage to give proper recognition to a woman who was one of the most acclaimed, respected, and even cherished Americans, a household name to children and adults alike.

When I caught the news of Temple’s death, I groaned. I braced myself to tell my two young daughters. They’ve watched Shirley Temple movies for years. To them, she’s a contemporary, another innocent little girl. When I informed my 11-year-old daughter, she frowned and said, “Oh, that’s terrible.” She was about to cry when I quickly explained that Shirley was 85 and had lived an extraordinary life. There was no reason to be sad.

For years, as my daughters and wife and I watched Temple’s old movies, particularly on the superb Turner Classic Movies channel, we’d check her date of birth, do the math, and realize that Shirley probably would be with us a while longer. That while has finally closed.

I never met Shirley Temple, but a good friend of mine who died in August knew her. Bill Clark, who was Ronald Reagan’s close friend and crucial adviser in taking down the Soviet Union, met Temple at the height of her popularity, when both were children.

Clark’s grandfather was a literal sheriff, cowboy, and California trailblazer, known throughout the Los Angeles area. Some Hollywood publicity folks contacted the senior Clark around 1936 for a local promotion. The promotion featured four-year-old little Bill pinning a badge on Shirley Temple’s vest as she was “officially” deputized by Marshal Clark.

Bill Clark always fondly recalled that moment, captured in a photo that he kept framed and that we put in his biography. He would later have pictures with the likes of Ronald Reagan and Margaret Thatcher and Pope John Paul II, but here was one photo he kept close to heart.

Fifty years later, Clark and Temple served together again, this time in the State Department, where Clark alas held the higher rank: he, as second in command; she, as foreign affairs officer. Temple’s old Hollywood friend, fellow Republican, and political ally, Ronald Reagan, had appointed her. She became an ambassador.

But Shirley Temple was, of course, known for film rather than politics. I cannot do justice to that storied career here, but indulge me as I share one of my favorite Shirley Temple movies.

In the 1934 classic, Bright Eyes, Shirley played a five-year-old who lost her father in an airplane crash and then lost her mother. She is comforted by loving people who would do anything for her, including her godfather, who is identified as just that. The godfather behaves like a true godfather. The movie includes constant, natural references to faith, never shying from words like God, Heaven, and even Jesus—verboten in Hollywood today.

Today’s sneering secular audiences would reflexively dismiss the film as Norman Rockwell-ish. To the contrary, the movie is hardly sugar-coated. Just when your heart is broken from the death of sweet Shirley’s dad, her mom is killed by a car while carrying a cake for Shirley on Christmas day.

That doesn’t remind me of any Norman Rockwell portrait I’ve seen.

What such cynics really mean is that the film isn’t sufficiently depraved for modern tastes. Shirley doesn’t pole dance or “twerk.” She doesn’t do a darling little strip tease for the boys while singing “Good Ship, Lollipop.” The references to God are not in vain or in the form of enlightening blasphemy. And the movie has a happy, not miserable, ending.

Come to think of it, maybe this isn’t a movie for modern audiences!

For 80 years, Shirley Temple’s bright eyes brightened the big screen. They reflected what was good and decent in this country. She embodied what made America great, and she brightened our lives in the process.