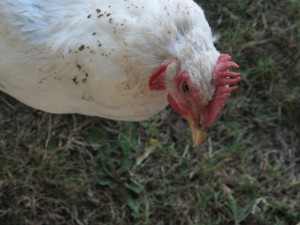 When President Obama made his famous declaration about how he was confident that “that the Supreme Court will not take what would be an unprecedented, extraordinary step of overturning a law that was passed by a strong majority of a democratically elected Congress,” many observers figured the chief executive missed April Fools’ Day by a single digit. Certainly this comment—coming from what every pundit likes to emphasize is a “former constitutional law professor”—dropped jaws among legal scholars and supporters everywhere, sending virtually everybody referring to that favorite hunk of American constitutional DNA, Marbury v. Madison. It’s not hard to see why. In this case, Chief Justice Marshall declared that it is the duty of the courts “to say what the law is,” and further “that a law repugnant to the constitution is void, and that the courts, as well as other departments, are bound by that instrument.” In short, passing judgments on laws passed by Congress is what Supreme Court justices do and have been doing since the origins of the republic.

The problematical aspect of Marbury is that it really isn’t the best case to provide hints about President Obama’s strategy in dealing with what likely will be a judgment that declares unconstitutional at least part of the Affordable Care Act—specifically, the individual mandate requirement. A much more instructive case was decided in May 1935 and involved striking down a law that, if anything, dealt with a much more egregious invasion of the private sector by an act of Congress, the National Industrial Recovery Act, which was part of the original New Deal.

The NIRA provided for “codes of fair competition” drafted by trade or industrial groups, and covered virtually every aspect of business enterprise, including standards on wages, prices, working conditions, trade practices and the like, justified by the Commerce Clause of the Constitution. Under the auspices of this mammoth and unwieldy piece of legislation, a group of defendants who operated a slaughterhouse and sold chickens to kosher retailers had been convicted of violating the code’s wage and hour stipulations, ignoring the so-called “straight-killing” requirement, and as a result selling an “unfit chicken.”

This constitutional imbroglio, Schecter v. United States, was destined to go down in history as the “sick chicken” case and occasioned strong language from the court about a law that, like Obamacare, was collapsing from its own internal contradictions and widespread unpopularity. Indeed, Chief Justice Hughes declared that “extraordinary conditions do not create or enlarge constitutional power”—remember, this was during the Great Depression—and that Congress had abused its “essential legislative function.”

If all this sounds familiar, it should, but things really got interesting after the law was struck down. By the end of his first term, President Roosevelt saw the court declare unconstitutional 10 of 12 major pieces of New Deal legislation, mostly on the grounds that Congress had overstepped its constitutional boundaries. FDR was incensed, and as a result, early in his second term proposed measures that would have increased the size of the court, with the justification that the bench’s elderly members needed assistance to deal with the Supreme Court’s heavy workload. Roosevelt argued that old judges were no longer able to perform their duties, and “little by little, new facts become blurred through old glasses fitted, as it were, for the needs of another generation.” Hence, newly appointed younger judges, more attuned to the times and administration policy, were needed.

This “packing the court” scheme was too clever by half and was greeted with howls of indignation by conservatives and liberals alike; the president’s proposal went nowhere. However, though FDR lost that legal battle, he won the constitutional war. In a series of cases decided during the spring and summer of 1937, the Supreme Court changed its direction drastically in favor of expanded federal power, a transformation of judicial opinions cited as “the switch in time that saved nine” (that is, nine members of the court). The Supreme Court didn’t seriously challenge Congress again on the Commerce Clause until the 1990s.

All of which suggests that although President Obama’s April 2 statement was literally false, or disingenuous to say the least, his clumsy attempt to perhaps bully the Supreme Court has a powerful historical precedent. And trying to back down from his initial statement changes nothing at all, because his words are unspinnable; the president expressed his constitutional sentiments exactly. The question is: Will his tactic work? Will this convoluted, “sick law” inspire a Supreme Court decision on the constitutional limits of the federal government, or will the Supremes cave to administration rhetoric?

Americans will have their answer by the summer of this very crucial election year. In the meantime, the ghost of FDR hovers over the decision-makers in the highest tribunal of our republic.