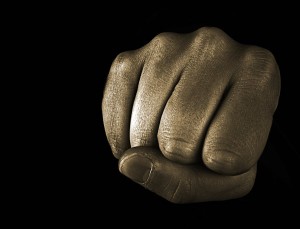 Everyone knows about Peter Singer, the utilitarian ethicist that argues for everything from euthanasia to infanticide and who recently wrote an op-ed suggesting that just being human doesn’t give you a right to live. Many people do not know about his protégé Julian Savulescu. It is time to start paying attention.

Who is Julian Savulescu? He is the Director of The Oxford Centre for Neuroethics and the Director of the Oxford Uehiro Centre for Practical Ethics. Savulescu is also the editor of the Journal of Medical Ethics that recently published the now infamous article“After-birth abortion: why should the baby live?” Savulescu wrote a defense of the infanticide justification calling it nothing new and suggesting that it was those of us who found the entire thing morally repugnant who had the problem.

Savulescu argues for a seemingly harmless philosophy called “procreative beneficence.” He insists that parents should choose the “best” child slated to have the “best” life judged solely on his or her genetics. If parents start being genetically selective about their kids, he says, that will make life better for all of us. Savulescu is peddling his wares to popular media. Reader’s Digest in the UK just did a piece on Savulescu and his euphemistic “procreative beneficence.” The Telegraph reports:

Professor Julian Savulescu said that creating so-called designer babies could be considered a “moral obligation” as it makes them grow up into “ethically better children”.

The expert in practical ethics said that we should actively give parents the choice to screen out personality flaws in their children as it meant they were then less likely to “harm themselves and others”….

By screening in and screening out certain genes in the embryos, it should be possible to influence how a child turns out.

In the end, he said that “rational design” would help lead to a better, more intelligent and less violent society in the future.

“Surely trying to ensure that your children have the best, or a good enough, opportunity for a great life is responsible parenting?” wrote Prof Savulescu, the Uehiro Professor in practical ethics….

“Indeed, when it comes to screening out personality flaws, such as potential alcoholism, psychopathy and disposition to violence, you could argue that people have a moral obligation to select ethically better children.

“They are, after all, less likely to harm themselves and others.”

“If we have the power to intervene in the nature of our offspring — rather than consigning them to the natural lottery — then we should.”

So in Savulescu’s world loving your children as they are is bad parenting and leaving their genetic make-up to nature is irresponsible, morally-objectionable behavior. Gattaca anyone?

The thing that drives me even more crazy than Savulescu’s pernicious philosophy is the media’s refusal to properly report what he proposes. Articles like this one make it sound like genes will be popped in and out of embryos to make them better. (Ex: “By screening in and screening out certain genes in the embryos”) That is not at all what Savulescu is suggesting. He wants us to create masses of embryos and choose the “best” of many and discard the rest. The rest being the ones that don’t make the genetic cut. Gattaca anyone?

I know Savulescu is obtuse like Singer, but I do not understand where Savulescu gets the idea that we can predict anti-social behaviors on genetics alone. We could screen out embryos all day long and still end up with a world full of Ted Bundys. There is a thing called environment that has as much to do with personality as genetics. Genetics is much more complicated than a simple sequence of nucleotides. Anyone who knows anything about genetics can tell you that. Gattaca anyone?

Of course this is eugenics repackaged for a more technological age, but Savulescu isn’t deterred. He falls for the fallacy that this time eugenics is different because parents can choose instead of being coerced by the government. I debunk that idea that “choice” will save the day at the National Catholic Register.

I wonder, with his arrogant, judgmental and morbid ideas, if Savulescu would make his own genetic cut.