Trending Now
You are at:Home»Learn & Live the Faith»Apologetics»Six Tips To Help You Evangelize Lapsed Catholics
By Ryan Eggenberger on September 3, 2013 Apologetics, Featured

We talk a lot about technology in the New Evangelization, and rightly so:

“The commemoration of this half millennium of evangelization will have full significance if, as bishops, with your priests and faithful, you accept it as your commitment; a commitment not of re-evangelization, but rather of a new evangelization; new in its ardour, methods and expression.”  (The New Evangelization for the Transmission of the Christian Faith, 5.)

The new methods in our time definitely include technology. 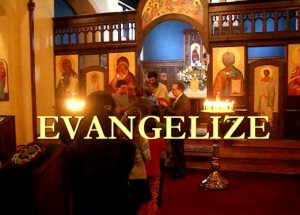 But recently I’ve been able to participate in the New Evangelization with a method and expression that is ancient and profound. Yes, it’s true. No phones were involved. Facebook? Forget about it. Twitter? Nope. It was literally just me, a young Catholic, a somebody else who was no longer Catholic, and a two hour flight.

Let me tell you about it.

The story begins on a plane, as I have found myself spending many hours there recently. I think the Lord has been putting specific people in front of me because He knows that I’ll end up talking to them and hopefully convincing them to go back to confession. And I always ask for such opportunities which He seems to grant. That seems to happen, a lot! Praise God.

Last month, though, another opportunity seemed to present itself. A woman sat next to me – a tall, Australian woman – who was wearing a cowboy hat. I had to make a comment on the hat, because 1) she was the only person wearing a cowboy hat on the plane; and, 2) who wears cowboy hats on a plane? and, 3) I’m heading to Australia at the end of the month for CNMC13. So we’re practically best friends.

Clearly, this woman was interesting to me and has a personality that I wanted to know more about. I opened with a comment on the hat – “What a great hat!”

So we started with small chat. By takeoff though, only five minutes later while still taxi-ing, we dove right in. She inquired about the picture on a book I *by chance* had in my lap, face-up, pointed in a direction she could easily see. The book was Gaitley’s 33 Days to Morning Glory:

This began a lengthy conversation, and a very respectful one at that, about my conversion to the Catholic Church as a young person, her conversion to Buddhism from Catholicism over 10 years ago, and ultimately the total lack of a compelling and thoughtful presentation of the Gospel during her 12 years of Catholic education.

I won’t get into the intimate details about what we discussed, but I will share a few pointers on talking about the Catholic Faith with lapsed Catholics, because as you probably have as well, I’ve done it enough to know what is most ‘effective’ in having a conversation from which all parties can mutually benefit and grow.

Tip #1: Shut up and just listen. Out of respect for the person, to maintain their dignity and yours, and out of obedience to the Gospel of Life, attempt to actually listen and learn something from him or her. I asked loads and loads of questions about Buddhism during the flight, without trying to manipulate anything.  I was authentically curious! I remember asking questions like: Why do some Buddhists worship Buddha and others don’t? What kind of Buddhist are you? Tell me about the experience of meditation. What Buddhist authors do you personally prefer, and why?

Tip #2: Don’t Assume a Lapsed Catholic Knows the Gospel. Very quickly into the conversation, she asked me why I became Catholic. And very quickly after that, she asked me what I decided to stay Christian in the first place. In a fast statement, I said, “Well, the testimony of the martyred Apostles.” To which she responded, “I don’t have a clue about what that is.” I think it’s safe to assume that most Christians don’t have a compelling answer as to why they are Christian. Even if they’re devout in the practice of their faith, not much thought goes into the sole reason one would believe the account of the Gospel, and that is, at least for me, my belief in the testimony of the Apostles, who, while being tortured and maimed, maintained their testimony of seeing Jesus come back to life.

Tip #3: Don’t Plan on ‘Winning’ Every Conversation or Debate. You don’t need to convince every single person you evangelize that Jesus is Lord or the Catholic Church is true. Maybe your role in the grand scheme of things is to be the first young Catholic somebody meets. Or maybe it’s to be the first Catholic somebody has respectfully inquired about their life or beliefs without being pushy. Or maybe you’re the first Catholic who whatever – fill in the blank. But you don’t have to be the person – and, in a majority of cases you will not be – who needs to take the person from A to Z. Just get to them to B. And if time allows and it is appropriate, get them to C.

Tip #4: Affirm their feelings and any truths they may have actually found. AFFIRM AFFIRM AFFIRM. People want to be heard and understood. She commented that growing up she always felt that Catholics blah blah blah. We have to affirm those feelings in the people we’re talking to, because no matter what happened, be it any pain, hurt, or confusion caused by Catholic superiors in the past, was in fact real pain, hurt, and confusion, despite the (hopefully) good intentions of those Catholic superiors. People don’t leave Catholicism because they had great experiences with Catholicism. They leave out of some form of being hurt by Catholics, lack of being loved by Catholics, or because of experiences that were truly negative and degrading of their dignity. For that, the blame rests on Catholics.

Tip #5: Find Commonalities and Build Bridges. In addition, there are various truths found in the experience of many religions. In Buddhism for example, she commented on how meditation has really been a way for her to re-center and focus. I commented that in the Catholic spiritual tradition, there is a real emphasis on silence as well. It is in active silence  that we can really hear God. Is it the same thing? Hard to say. But it’s a common experience that she and I both share. In fact, she had never heard of adoration, perpetual adoration, or adoration chapels. Grew up in a Catholic school and had no idea. She was very interested in this.

Tip #6: Always Have Resources in the Back Pocket. I don’t literally mean have a list of resources on your person. What I mean, though, is memorize a few resources in a few different genres in which somebody might be interested. For example, at first glance there are some seemingly common teachings in Buddhist traditions and Jesuit theology. Again – these are APPARENT in some RARE cases. Because actually they are very different when you look closely. But in any event, I referred her to a few books by holy and devout Jesuit authors and told her, in one sentence, that there are similarities between the two that she might find very interesting. The hope then is that she will follow up and pick up a book, which will then stir up more curiosity, etc. etc. Again, A to B.