Trending Now
You are at:Home»Featured»Size Matters
By Ken Connor on July 23, 2011 Featured, The Economy 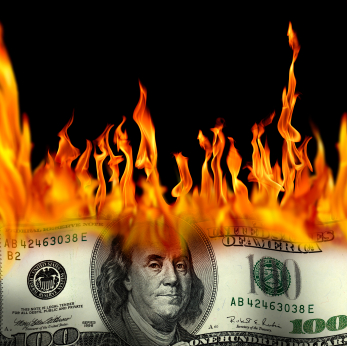 The current deficit and debt ceiling negotiations happening in Washington represent politics at their worst – politics on steroids.  Amidst the posturing and prevaricating, however, one conservative has emerged with a legitimate plan to liberate America from its bondage of debt.  This week, Senator Tom Coburn released a 600-page plan that would reduce the deficit by $9 trillion over the next ten years by slashing wasteful spending and eliminating an estimated $1 trillion in tax deductions.

The plan is not a gimmick, it’s not smoke and mirrors, and it’s not a media stunt.  Senator Coburn has crafted a proposal that addresses spending in virtually every segment of government, from defense to entitlements, and targets tax deductions that have benefitted special interests on both sides of the aisle for far too long.

Unfortunately, a brilliant plan is all it is likely to ever be, because the majority of our representatives in Washington (and the special interests that finance them) are unwilling to set aside self interest in favor of principle.  Grover Norquist, the head of Americans for Tax Reform, has panned Coburn’s proposal as “outside the conservative mainstream.”  If by “mainstream” Mr. Norquist is referring to the GOP’s tradition of shielding its Blue Blood base from common sense tax reforms, then he’s correct.  On the flip side, of course, are the Democrats, for whom the prospect of reducing the size of government by implementing meaningful spending cuts is anathema.

This cuts to the heart of the problem and is the reason why so many Americans have grown so cynical about government.  So long as neither side is willing to put all of their cards on the table, nothing but the most benign of “reforms” has any hope of seeing the light of day.  Thus, when the dog-and-pony show unfolding on Capitol Hill finally comes to a close, and nothing substantive is done and nothing changes, the politicians will make excuses and blame the other side; but underneath it all, Congress’s inability to make any progress on runaway spending boils down to a fundamental unwillingness to act.  Members know that the current budget won’t withstand close scrutiny, so they demagogue and demonize anyone who calls for an honest examination of public expenditures and income sources.

Kudos to Mr. Coburn for having the courage to put something substantive forward, even if it only serves to provoke serious discussion.  We desperately need to have an honest discussion that goes beyond mere rhetoric and takes a hard look at reality.  Calling for the elimination of unwarranted tax loopholes isn’t a call for a tax increase; it’s a call for the restoration of equity and fairness in the tax code.  And pressing for substantive reforms of entitlements isn’t a move to starve Granny, it’s an attempt to restore integrity and solvency to bankrupt programs that threaten to capsize the Republic.  At a time when we are generating red ink by the barrel, every expenditure deserves to be scrutinized; nothing should be exempt.

It’s fitting that on the same day Coburn’s plan was announced, it was reported that the National Institutes of Health provided funding to a study examining “what effect a gay man’s penis size has on his sex life and general well-being.”  This is the kind of ridiculous and frivolous spending that abounds in Washington, and the kind of thing we can no longer afford to indulge in if we want our nation to survive and thrive into the future.

Thankfully, the American people – unlike their representatives in Washington – still retain a measure of common sense.  They don’t need a government funded study to tell them what they already know: when it comes to budgets and taxpayer funded expenditures, size matters.