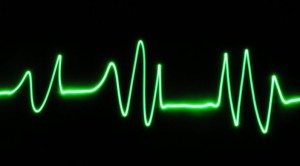 Pro-lifers have told people without fail that “abortion stops a beating heart,” but perhaps no technology made that clearer than the fetal heartbeat stethoscope, allowing mothers and dads to hear the “whoosh-whoosh” of their unborn child’s pumping circulatory system. That is, until maybe now.

For years, the fetal heartbeat stethoscope was a specialized piece of medical equipment largely used within the confines of a pregnant woman’s Ob-Gyn. As a mom shared the experience with other members of her family, her friends, or her co-workers of the wonder of the “whoosh,” her accounts were largely second hand.

Now, though, thanks to a new smart-phone “appcessory” featured in the March 6, 2014 issue of Laptop Magazine, a woman can hook a microphone and amplifier up to her iPhone, hold the microphone next to her belly, and listen to her baby’s heartbeat whenever and wherever she wants.

And she can share that amazing experience with anyone she wants!

The new Bellabeat Tracking System sells for $129 and can be used by phones with either an iOS or an Android operating system. The BabyWatch companion app not only enables the mother to hear the heartbeat, but also allows her to see a colorful, moving display of her baby’s vital signs.

There’s no pocket ultrasound yet, but the Bellabeat tracking system also delivers information on the child’s weekly development and offers the mom a chance to log each kick. A calendar helps a mom track her prenatal appointments and reminds her to take her folic acid supplements. (Tips about singing and talking to the baby are also included.)

As noted one of the features is the ability to connect and share this data via social media. As meaningful as this might be to the expectant mother and father, this new phone app has the chance to influence public perceptions of the unborn child even more widely.

This will make it harder than ever to dismiss the unborn child as just a “clump of tissue.”

The device has been licensed by the FDA, but no one is suggesting that this app take the place of regular visits to a woman’s obstetrician. Women will need to learn how to distinguish the baby’s heartbeat from the rush of their own blood flow. However there is little doubt that this will prove a fascinating and attractive accessory to many young mothers of the smart-phone generation.

More than that, though, it may end up being another valuable pro-life educational tool making the broader public more aware than ever before of the humanity of the unborn child.

This article courtesy of National Right to Life.