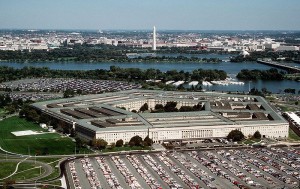 From Damascus to Tehran, a test for world leadership is underway. Daily, the Syrian military—well-armed, highly trained thugs whose current mission is to keep dictator Bashar Assad in power—kills up to 200 or more of its own citizens. Protests from Washington, the withdrawal of the U.S. ambassador, and an effort to condemn Syria in the U.N. Security Council (torpedoed by the Russians and Chinese) amount to little more than impotent handwringing from the “leader of the free world.”

It’s now been over 65 years since the U.S. militarily defeated an enemy in a great crusade. Sure, there have been military victories: Operation Just Cause in Panama in 1989, Operation Desert Storm in 1991, and Operation Iraqi Freedom in 2003; all demonstrated U.S. military operational excellence. Strategically, operations like that in Panama in 1989 or on the Island of Grenada in 1983 amounted to minor victories. More spectacular operational and tactical success in Enduring Freedom in Afghanistan and Operation Iraqi Freedom will be meaningless given the likely outcome of precipitous U.S. withdrawals, in effect abandoning those countries.

The collapse of the Soviet Union notwithstanding—which was not primarily a military victory—the United States has not led a strategically decisive crusade since it assumed its role as world leader at the end of World War II.

More than military strength accompanied the moniker, “Leader of the Free World.” American values of freedom and liberty were held up as standards to which all humanity should aspire. U.S. economic leadership surged to the fore between 1946 and the advent of the Vietnam War in the 1960s. The world looked to the United States for moral leadership.

From 1953 to the present, for a variety of reasons, U.S. military forces never “closed the deal” in major conflicts, whether the effort in Korea, where a tense truce is still in effect two generations later; or the bug-out from Indochina culminating in the fall of Saigon in April 1975; or the ongoing retreats from Iraq and Afghanistan, both of which constitute nothing so much as “declaring victory and going home.”

Today, a test for world leadership is playing out. The Assad regime, connected politically and culturally to Tehran, relies on support from Moscow and Beijing. More than the fate of Israel is at stake. Leaders throughout the Arab world anxiously await the outcome. The strategic stakes involve global economic and political implications. Who leads? Short answer: no one. That means chaos until a leader emerges.

War remains an act of force to compel the enemy to do your will where the political outcome is paramount. The latter is strategically vital, encompassing as it does the reason for using military force. With the United States’ precipitous withdrawal from Iraq and Afghanistan, standing aside while Mediterranean “powers” like Italy and France led in deposing Qaddafi, and now the political dithering by the White House over whether Israel should thwart Iran’s pledge to wipe it off the face of the earth—coupled with standing aside as Syrian forces slaughter their own—make it obvious that America views itself as one of many actors on a world stage rather than the director, producer, and leading player.

Strategic abdication is dangerous. American political culture, founded as it was on concepts of human liberty and freedom, is unique. It has also produced an economic powerhouse and a level of living unmatched in human history. The reality is that only the United States has the power and moral authority to maintain its position as a world leader. If this administration blows it, there are powers ready to step forward: China, Russia, Iran, Syria, North Korea, and Venezuela among them. Imagine a world in which these leaders articulate their visions for the world of the 21st century. In such a world, “American exceptionalism” will be as strategically irrelevant as Swiss or Finnish exceptionalism and, as Shakespeare put it, “full of sound and fury signifying nothing.”

The world is at the precipice of strategic catastrophe. Israel may soon strike Iran. Leaders in Jerusalem know that if Assad reasserts control of Syria, his army will present a major threat on Israel’s northern border, especially since it is linked militarily with Hezbollah in Lebanon. To the south, where Egypt roils in social and political upheaval, a radical Islamist regime hostile to Israel is likely to emerge. If nothing is done, these regimes, linked to a nuclear-armed Tehran vowed to destroy Israel, will be the deciding strategic factor in the Middle East. This is the price of strategic abdication.

Now is the time for the United States to lead. If America fails, the world may descend into a dark and ominous future made more sinister by the moral imperatives of a radical religious ideology.