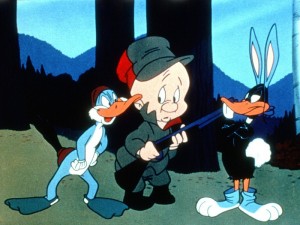 America has always lauded efficiency. Even before the existence of the United States of America, the colonists cultivated a reputation for being efficient marksmen. German gunsmiths immigrated to the colonies and their “rifled” gun barrels proved much more accurate than the smooth-bore muskets and blunderbusses, popular in that day. In fact, the pinpoint accuracy of the colonial “rifle-men” would prove to be a major advantage for the rebels against the professional soldiers of Britain, as it allowed them to conserve ammunition and cripple the morale of Lord Howe’s men.

Effectiveness and efficiency have always commanded a premium in the United States, but today these traits seem to be more elusive than an affordable insurance policy. Looking through the annals of history, no other nation has achieved a comparable amount of innovation in such a wide variety of disciplines as speedily as America has done. The scientific inventions of Franklin and Edison, the political genius of Madison and Jefferson, the militaristic dominance of Eisenhower and Patton, the novel entertainment of Walt Disney and Elvis, and the entrepreneurial spirit of Gates, Ford, and Jobs only scratch the surface on two and a half centuries of American ingenuity.

But the world-changing products of these American minds did not draw their first breath on a bed of incompetence. Yes, Edison’s inventions sometimes took hundreds of iterations to emerge and many of Disney’s sketches ended up on the ink-stained linoleum of his studio floor, but those were not their final incarnations. In each case, our free market system rewarded the most effective product with success while simultaneously encouraging future minds to find even more efficient ways of performing the same task. This is how the free market functions and why it works so brilliantly to provide value and prosperity for creator and consumer alike.

Fast-forward to today’s environment where success is punished and efficiency is throttled. The steep trajectory of American achievement has been belt-sanded into the sensible slope of mediocrity. And amongst the piles of sawdust on the floor of the workshop, created by forcibly eroding the American drive to create and succeed, are perhaps half-formed solutions to problems which will continue to plague us for generations to come. A revolutionary cure for a chronic illness, crushed by the prohibitive cost of medical research and pharmaceutical approval. An ingenious product, which would have opened up the investing industry to average citizens, taking the burden of retirement savings from the federal government and empowering the individual, prohibited by financial industry regulations.

The problem? As ever, government. Our Federal leviathan actively stymies efficiency and innovation under the guise of caution and control, but bureaucratic power is always secured by heavy, unwieldy mechanisms which resist change and fear efficiency.

Think of a coworker who always labors slowly in order to appear busy, never revealing to the boss that he’s an unnecessary drain on the payroll. The Federal government operates under the same principle so that the American taxpayer never realizes that the overwhelming majority of the Federal government is dead weight.

Sure, politicians pretend to favor efficiency. The President loves to sprinkle his speeches with meaningless phrases like “smart government” which “responds to your needs” but his lock-step support for the bloated walrus known as SEIU reveals his true bureaucratic allegiance. He doesn’t want an efficient or innovative government any more than a walrus wants to lose weight, because that would mean giving Uncle Sam an epic liposuction session; and let’s face it, most of those fat globules are life-long Democratic voters.

This presents a problem to die-hard progressives like President Obama. Americans chafe under inefficient processes and institutions. It seems to be in the nation’s DNA to seek innovative ways to improve their surroundings. In generations past, his progressive predecessors have been able to hide behind procedural barriers like never-ending reams of paperwork and monolithic processing periods for said paperwork, but technological innovation from the private sector has citizens clamoring for online forms and apps which complete processes in 5 minutes instead of 5 months. How can the Leviathan retain its ponderous uselessness? Try the Obama Two-Step.

When confronted with the failures of his own administration, President Obama does what any good Chicago politician does; he pleads incompetence and feigns anger, which allows him a spot at the head of the restless mob without leaving any of his fingerprints on the problem. He finds a way to blame his administration for their incompetence while pretending that he has nothing to do with his administration.

Like most of the President’s ideas, this maneuver is a mix of Machine politics and base cunning; in this case, his source is Looney Tunes. Remember when Bugs would get in trouble and instead of getting shot by Elmer or Yosemite Sam, he would pull a disguise out of thin air and change his voice to yell, “Hey! I saw that wabbit run thataway! Follow me, boys!!” He would escape while his opponent swallowed the ruse whole.

This is the Obama Two-Step. He doesn’t like to use it very often, but saves it for when the lapdog media occasionally wakes up long enough to ask a probing question and put him on the hot seat. Then the President puts on his professorial face and peppers them with speeches about “smart government” and reminds us that no one is “more frustrated” than he is about how the situation has turned out; and our press core, composed of a mixture of Elmers, Yosemite Sams, with a couple of Marvin the Martians, eats up his ventriloquism with relish and follows him down another wabbit hole.