Trending Now
You are at:Home»Columnists»Ten Ways to Celebrate the Year of Faith
By Marge Fenelon on October 9, 2012 Columnists, Featured, Live in Christ 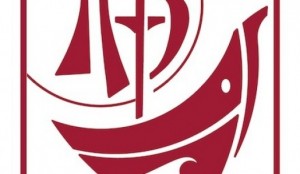 With his Apostolic Letter of October 11, 2011, Porta Fidei,  Pope Benedict XVI declared that a Year of Faith would begin on October 11, 2012, and conclude on November 24, 2013. The first day of the Year of Faith marks the fiftieth anniversary of the opening of the Second Vatican Council and the twentieth anniversary of the publication of the Catechism of the Catholic Church. Both of those events are milestones for the world’s Catholics, and so it’s beautiful that our Holy Father chose to commemorate them with an entire year devoted to giving us opportunity to increase our knowledge of, and deepen, our Catholic faith.

Basically, with this declaration, the pope is calling us to greater conversion, “The Year of Faith, from this perspective, is a summons to an authentic and renewed conversion to the Lord, the one Saviour of the world,” he wrote. What a noble and exciting invitation! But, our lives are busy and our minds are overloaded with the hub-bub of our daily responsibilities and obligations. How then, are we to answer this call to conversion? Simply put, day by day and step by step. We can’t do it all at once, and if we try to take it on all in one lump, likely we’ll give up after a couple of days, overwhelmed by having tried to do too much, too fast. Better to chose one or two concrete things that can be done in small increments each day throughout the year, don’t you think?

In that light, below I’ve outlined ten ways to celebrate the Year of Faith, a game plan of sorts for systematically moving toward conversion. Keep in mind, though, that merely “doing” is not the same as “becoming.” None of my suggestions will work without prayer and God’s grace.

1. Read the Scriptures. Some years back, my husband and I decided that we wanted to read the entire Bible, together, as part of our morning prayer. So, we did, and it was an amazing experience, opening our eyes to parts of Scripture we’d previously overlooked and drawing us closer as a couple. It was time well spent! Whether you divide it up on your own, or use Our Sunday Visitor’s The Catholic One Year Bible, you can get through the entire Bible in just 15-20 minutes daily over the course of a year.

2. Read the Catechism of the Catholic Church. The Catechism is well done, and not as complicated as you might think. The language is clear, concise, and understandable for the average person. Believe me, I know! There are 409 days in the Year of Faith and 2865 paragraphs in the Catechism, from only a couple to several lines long. Divided into a daily meditation, that comes to only about seven paragraphs a day – easily doable over a cup of morning java.

3. Recite the Credo. “We will have the opportunity to profess our faith in the Risen Lord in our cathedrals and in the churches of the whole world; in our homes and among our families, so that everyone may feel a strong need to know better and to transmit to future generations the faith of all times. Religious communities as well as parish communities, and all ecclesial bodies old and new, are to find a way, during this Year, to make a public profession of the Credo,” Pope Benedict XVI wrote in his declaration. So, why wait until we’re at Mass to profess our faith? Why not do it every day, with fervor and petition for an increase in faith?

4. Read the Vatican Council II documents. I know what you’re thinking: I’m not a theologian. Perhaps not, but you will benefit from working your way through these pages of wisdom and insight. I can give witness that these are rich, rich texts are not beyond the grasp of a non-theologians comprehension. There are about 1000 pages in the average English translation. That’s only about 2.5 pages per day over the 409 days of the Year of Faith. You can find the documents online on the Vatican website.

5. Recite the ”Act of Faith.” This one will take will take under a minute, guaranteed. It’s so easy, in fact, that you may want to do it more than once a day. The more we say it, the more we’ll internalize it:

O my God, I firmly believe that you are one God in three divine persons, Father, Son and Holy Spirit. I believe that your divine Son became man and died for our sins, and that he will come to judge the living and the dead. I believe these and all the truths which the holy catholic Church teaches, because in revealing them you can neither deceive nor be deceived.  Amen.

7. Invoke Mary’s intercession and assistance. Our Mother Mary is the prime example for all the faithful. She was the first Christian, the first to believe in our Lord, and her faithfulness is unparalleled among any other believers. Pope Benedict XVI tells us, “Let us entrust this time of grace to the Mother of God, proclaimed ‘blessed because she believed’ (Lk 1:45).” In literally one second, we can ask Mary to help increase our faith: “Mary, please help my faith to increase.”

8. Live in the spirit of poverty, chastity, and obedience. If you’re reading the Scriptures and/or the Catechism, you’ll encounter plenty of advice about the evangelical councils and how to live them in daily life. “By faith, men and women have consecrated their lives to Christ, leaving all things behind so as to live obedience, poverty and chastity with Gospel simplicity, concrete signs of waiting for the Lord who comes without delay. By faith, countless Christians have promoted action for justice so as to put into practice the word of the Lord, who came to proclaim deliverance from oppression and a year of favour for all,” our Holy Father wrote. One small, practical act of each every day will do no end of good in increasing our faith and the faith of those around us.

9. During the Year of Faith, the pope asks us to become witnesses of charity. “Faith without charity bears no fruit, while charity without faith would be a sentiment constantly at the mercy of doubt. Faith and charity each require the other, in such a way that each allows the other to set out along its respective path,” he wrote. One act of charity each day can have far-reaching implications for ourselves and others.

10. Pray for enlightenment and open-heartedness. Our faith will increase only by the grace of God,  and that requires persistent prayer. Why not resolve to receive the sacraments more often over the coming year? Or, make time to spend before our Lord in Eucharistic Adoration? Perhaps we can pray, not only for our own conversion, but also for the conversion of our loved ones. Pope Benedict XVI wrote, “What the world is in particular need of today is the credible witness of people enlightened in mind and heart by the word of the Lord, and capable of opening the hearts and minds of many to the desire for God and for true life, life without end.”

No matter what we choose to do – whether it’s one, two, or more of the suggestions above or something we’ve come up with on our own -it’s necessary that we do something rather than letting the opportunity to celebrate this grace-filled year slip past us. Four hundred-nine days sounds like a lot, but it will go by quickly, as all years do. And as in keeping with human nature, if we don’t choose a course of action, we’ll end up having taken none. We want to find ourselves filled with increased faith, not regret, on the 410th day.