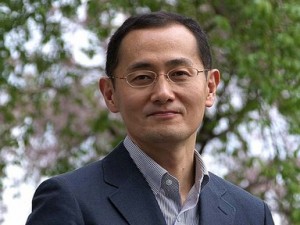 The man that envisioned a better way than destroying human embryos to get embryonic-like stem cells has won the Nobel Prize for Medicine. Dr. Shinya Yamanaka developed the technique to take an adult cell and reprogram it to an embryonic-like state as a way to avoid the destruction of human embryos. Dr. Yamanka’s reprogrammed adult cells are called induced pluripotent stem cells (iPSCs) and have become a boon for the stem cell field allowing researchers to create new pluripotent stem cell lines for study without creating or destroying embryos.

In the New York Times, Dr. Yamanaka stated, “When I saw the embryo, I suddenly realized there was such a small difference between it and my daughters,  I thought, we can’t keep destroying embryos for our research. There must be another way.”

The even greater news is that iPSCs are now coming into their own, proving that ethics and science make good partners.  Researchers are finding that iPSCs are great for creating models of disease.  Previously, scientists would have to create a mouse or other animal that exhibited the symptoms of a human disease that they were interested in studying.  Now they can take a skin cell from a person with a disease, reprogram that cell back to a pluripotent state, and then differentiate them into cells of interest whether they be neurons or fat cells.  iPSCs can continue to grow in culture and be frozen giving researchers a nearly limitless supply of diseased cells to work on.  This is especially useful in brain disorders because isolating neurons from the brain of a patient is dangerous.

The Scientist reports on the award shared with Dr. John Gurdon.