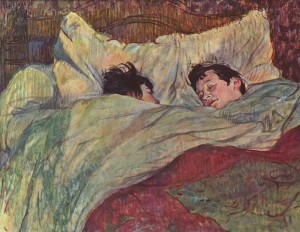 Prepared remarks for the Judiciary Committee of the Minnesota State Senate, hearings on same sex marriage Dr Jennifer Roback Morse, founder and president of the Ruth Institute, a project of the National Organization for Marriage April 29, 2011 St.  Paul Minnesota www.ruthinstitute.org

We are here to consider giving the citizens of the State of Minnesota the opportunity to vote on a marriage amendment to their Constitution.  The proposed amendment simply states “Only a union of one man and one woman shall be valid or recognized as a marriage in Minnesota.”

I am Dr.  Jennifer Roback Morse, founder and president of the Ruth Institute, a project of the National Organization for Marriage.  My doctorate is in economics, from the University of Rochester, in NY.  I have taught at Yale and George Mason Universities.  I have had fellowships with the University of Chicago, Cornell Law School, and the Hoover Institution at Stanford.  I have written two books on the social purpose and significance of marriage.  I am the mother of an adopted child and a birth child.  My husband and I were foster parents in San Diego County for three years.

I urge you to allow the citizens of MN the opportunity to exercise their right to vote on the definition of marriage.

The citizens of MN have the right to make up their own minds about these important issues.

The proposed amendment is nothing radical.  The people of MN are entitled to say whether they want marriage to remain as the union of one man and one woman, or whether they want to take their chances with marriage being redefined by activist judges.  Letting the citizens vote is just the decent thing to do.

The essential public purpose of marriage is to attach mothers and fathers to their children and to one another.  We can see the importance of this purpose by taking the perspective of the child: What is owed to the child?  Unlike adults, the child does not need autonomy or independence.

The child is entitled to a relationship with and care from both of the people who brought him into being.  Therefore, the child has a legitimate interest in the stability of his parents’ union.  But no child can defend these entitlements himself.  Nor is it adequate to make restitution after these rights have been violated.  The child’s rights to care and relationship must be supported pro-actively, before harm is done, for those rights to be protected at all.

Marriage is adult society’s institutional structure for protecting the legitimate interests of children.  Without this public purpose, we would not need marriage as a distinct social institution.

Marriage exists to meet the social necessity of caring for helpless children, who are not and cannot be, contracting parties.

Children are protected parties.  And, marriage should protect the interests of both parents in pursuing their common project of rearing their children.  If we replace this essential public purpose with inessential private purposes, marriage will not be able to do its job.  But children will still need secure attachments to their mothers and fathers, a need which will go unfulfilled.

Same sex marriage redefines parenthood, as a side effect of redefining marriage.  Up until now, marriage has made legal parenthood track biological parenthood, with adoption for exceptional situations.  The legal presumption of paternity means that children born to a married woman are presumed to be the children of her husband.  With this legal rule, and the social practice of sexual exclusivity, marriage attaches children to their biological parents.

No longer will the law hold that children need a mother and a father.  In the wake of marriage redefinition in other states, courts are saying silly things like, “the traditional notion that children need a mother and a father to be raised into healthy, well-adjusted adults is based more on stereotype than anything else.”1 This statement made by the Iowa Supreme Court in Varnum v Brien, is false as a general statement.  Mountains of data show that children do need their mothers and their fathers,2 and that children care deeply about biological connections.3 Please don’t change the subject by saying that we already have lots of children unattached to their parents.  We should be taking steps to place responsible limits on things like divorce, rather than careening headlong into further and more deeply entrenched institutionalized injustices to children.

Equating same sex parenting with opposite sex parenting will also marginalize men from the family.  By legalizing same sex unions, the authority of the government declares that mothers and fathers are interchangeable.  Society asserts that children do equally well with two mommies, two daddies or one of each.  And when mothers and fathers are interchangeable, it is fathers who will be pushed aside.

In Canada, where same sex unions have been legal since 2005, the birth certificates reflect this marginalization of fathers.  Each birth certificate in British Columbia has a place to mention the biological mother.  The second parent is listed as “father or co-parent,” and people check off whether the “other parent” is the father or co-parent.  Fatherhood is officially reduced to a check-off box.

Very well.  Suppose we do that.  That must mean we would record two individuals as parents, without taking note of which one has any biological relationship to the child.

The theory would be that the genetic connection between the child and one member of the lesbian couple for instance, cannot be permitted to “privilege” her in any way over the other member of the couple.

This suggestion makes plain how deeply same sex marriage will alter our social structure.  The biological principle of determining parentage will have to be suppressed, and eventually replaced with another principle.  That principle will be that the state will decide who counts as a parent.

We can already see this in disputed custody cases.  Courts are awarding parenting rights to individuals who not related to the child, either through biology or adoption.  Perfectly fit parents are having their parental rights diminished because they once had a sexual relationship with someone.4 When courts ‘eradicate the parent/non-parent dichotomy,’ they must establish multi-part tests for determining whether a person warrants the status of “de facto parent.” The court ends up scrutinizing the minutiae of family life.

Let us be clear: the alternative to the biological principle for determining parentage is the principle that the government decides who is a parent.

Instead of simply recording parentage, the state will determine parentage, not in exceptional cases, but routinely.  This is far too much discretion to allow the family courts.  Those of you who think like libertarians should be particularly alarmed by this expansion of the state into the lives of ordinary citizens.  This is what “getting the state out of the marriage business” will eventually come to mean.

I am often told I am on the “wrong side of History.” The justice of “marriage equality” is overwhelming; the younger generation favors it; same sex marriage is inevitable.  But there is ample reason to doubt this March of History storyline: we were told all these things about abortion too:

“Abortion is simple justice for women.

Besides, the next generation will completely accept abortion.  You are on the Wrong Side of History.”

A funny thing happened on the way to History: the people did not perform as promised.  In January 2010, I took a group of Ruth Institute students up to the West Coast Walk for Life in San Francisco.  Official estimates place the attendance at over 35,000.  But I wasn’t counting.  I was looking at the faces.  I saw what anyone can see, if they care to look: the pro-life movement is a youth movement.

The average age of the walkers at the West Coast Walk for Life was probably around late twenties.  Toward the front of the parade were the Berkeley Students for Life (yes, there is such a thing) and the Stanford pro-life club, (yes, they exist as well).  Busloads of high school students, college students road-tripping in from all over the West Coast, families with small children, babies in arms, backpacks and strollers.  The next generation is not going along quietly with the March of History.

And why should they?

Advocates of redefining marriage assure us that children will do fine, whatever the loving adults in their lives decide to do.  IVF children will be so wanted by their legal parents that the lifetime separation from their natural parents will not trouble them.  Children of unconventional family structures, held together by a series of contracts among adults,5 those children will just have more adults to love them.  Divorce, separation, complex custody quarrels, kids shuttling between four households with their sleeping bags and backpacks:6 that’s just anti-equality hysteria and will never happen.

But biology will reassert itself.  Some women who have children with female partners will find that sharing the care of their children with another woman, is not as easy as sharing the care with the child’s father.  Some men who agree to be sperm donors as “friends” will find that they want more of a relationship with their own children than they had anticipated.7 And some children are going to have feelings about their absent parents, uncomfortable questions about their origins, and complex emotions about being partially purchased.8 Advocates of so called marriage equality typically respond, “That’s just biology,” as if biology were nothing.  They are asking people to set aside the natural attachment of parents to their own children, the natural difficulties of treating another person’s child as if they were your own, the natural desires of children to know who they are and where they came from.

And I don’t think you can fall back on the idea that “nothing so terrible has happened in Massachusetts.” Redefining marriage redefines the way generations relate to one another.  It is foolishness to believe we would feel the full impact of such a profound change in a few years.  It will take at least a generation, a full thirty years or more, before the full effects of redefining marriage work themselves out throughout the legal and social system.9 The only argument for redefining marriage is so-called “equality.” Equality in this context takes a venerable American concept and twists it out of recognition.

Equality used to mean limiting the power of the state to make irrelevant distinctions among citizens.  But marriage equality is becoming a battering ram for smashing every aspect of social life that has any hint of sexual differentiation.  No more mothers and fathers, only Parent 1 and Parent 2.

Let me remind you that a vast majority of African Americans completely reject same sex marriage.  They are deeply offended by the high-jacking of the moral authority of their civil rights movement.

Previous generations of social experimenters have caused unimaginable misery for millions of people.  Particular people advocated the policies that led to today’s 50% divorce rate and 40% out of wedlock childbearing rate.  None of these people has ever been held accountable.

2 Among the many citations that could be given, “Why Marriage Matters: 26 Conclusions from the Social Sciences,” (NY: Institute for American Values, 2005), summarizes some of the most important research.

9 Quoting divorce statistics in Massachusetts, as is sometimes done, is frankly ridiculous, since the divorce rate rose by 4.5% in MA between 2004 and 2007, while the divorce rate across the whole of the US fell by 2.7%. http://www.cdc.gov/nchs/data/nvss/Divorce%20Rates%2090%2095%20and%2099-07.pdf   (Divorce Rate by State, 1990- 2007, Division of Vital Statistics, National Center for Health Statistics, CDC.  Page last updated, November 19, 2010), and http://www.cdc.gov/nchs/nvss/marriage_divorce_tables.htm  National Marriage and Divorce Trends, National Vital Statistics System.  Provisional number of divorces and annulments and rates, United States, 2000-2007, page last updated, November 19, 2010.