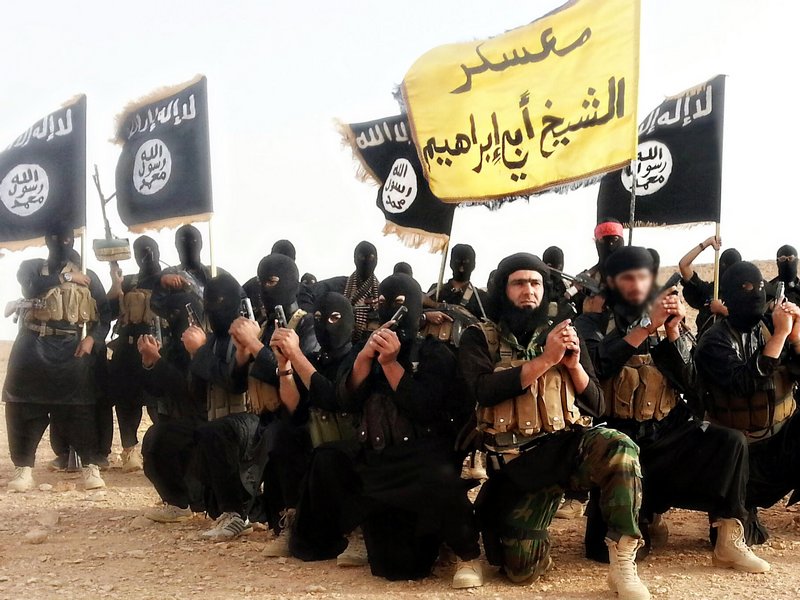 From Nidal Hasan shouting “Allahu Akbar!” while shooting more than 40 people at Ft. Hood, November 5, 2009, to Omar Mateen repeatedly pledging allegiance to the Islamic State while shooting more than 100 people in Orlando, June 12, 2016, fanatical Moslem terrorists have trouble getting our establishment to believe what they’re saying. I think that means like-minded fanatics will be upping the ante.

On Sunday, June 12th, Omar Mir Seddique Mateen, the Islamic terrorist of Orlando, went out of his way to make sure everybody knew why he was shooting people. Indeed, he actually paused during his rampage several times to tell people why he was doing what he was doing.

Gentili said he didn’t know what to say. The caller then started to say he committed the shooting for the Islamic State (militant group).

“He did it for ISIS, and he started speaking Arabic,” Gentili said of the early morning phone call. “At the time, I didn’t know what he was saying. He was speaking so fast. But it was … he was speaking fluently. Whatever language he was speaking, he knew it. And he was speaking it very quickly. And that is when I said to him, ‘Sir. Please. Speak in English, please.'”

Gentili said the caller stopped and said: “I did it for ISIS. I did it for the Islamic State.”

2:35 a.m.: Shooter contacted a 911 operator from inside Pulse. The call lasted approximately 50 seconds, the details of which are set out below:

OD: Emergency 911, this is being recorded.

OM: In the name of God the Merciful, the beneficent [Arabic]

OM: Praise be to God, and prayers as well as peace be upon the prophet of God [Arabic]. I wanna let you know, I’m in Orlando and I did the shootings.

OM: My name is I pledge of allegiance to Abu Bakr al-Baghdadi of the Islamic State.

OM: I pledge allegiance to Abu Bakr al-Baghdadi may God protect him [Arabic], on behalf of the Islamic State.

OD: Alright, where are you at?

OD: Where in Orlando?

(Abu Bakr al-Baghdadi is the leader [caliph] of the Islamic State [ISIS]. The original release of the 911-call transcript censored both names, but an unexpurgated version was released after a public outcry.)

The standard 911-operator script, one may gather, assumes that the person calling 911 is reporting an emergency not causing one. This departure from the normal, among many others, is significant, as reported by CBS News, June 13th:

He called 911 during his nearly three-hour standoff with the police, holding several hostages and pledging allegiance to the Islamic State of Iraq and Syria (ISIS).

“I think that’s very significant because ISIS tells its followers that they must pledge bayat, they must pledge allegiance to ISIS before they die. We saw that in San Bernardino, and now we’ve seen it here,” former CIA deputy director and CBS News senior security contributor Michael Morell said Monday on CBS This Morning. “So I think it’s very important because it shows that he was in touch with that ISIS messaging.”

Discussing the Orlando attack and an attack on police in Paris the next day, author John Robb puts it this way:

This pledge is made public (both attackers used Facebook to publicly pledge fealty to al Baghdadi) at the moment of the attack to maximize the meaning to the attacker and the audience. Think of it as social media performance art.

Yes, Mateen even took to Facebook, according to this letter to Mark Zuckerberg, Facebook’s CEO, from Sen. Ron Johnson (R-WI), chairman of the Committee on Homeland Security and Governmental Affairs (punctuation as in original):

According to information obtained by my staff, five Facebook accounts were apparently associated with Omar Mateen. On June 12, 2016, Mateen apparently searched for “Pulse Orlando” and “Shooting.” Mateen also apparently posted “America and Russia stop bombing the Islamic state..I pledge my alliance to abu bakr al Baghdadi..may Allah accept me.” He then posted “The real muslims will never accept the filthy ways of the west” and “You kill innocent women and children by doing us airstrikes..now taste the Islamic state vengeance.” In a final post, Mateen apparently wrote, “In the next few days you will see attacks from the Islamic state in the usa.”

Despite Mateen’s “social media performance art”, authorities were still professing publicly, as late as June 21st, to be mystified by Mateen’s actions, anxiously searching for a motive while admitting that we may never discover it. Even a Canadian writer, Tarek Fatah, has taken note of this willful foolishness:

If there were any doubts the West is abdicating its responsibility to stand up for Western values, the amateur attempts by the FBI to cover up the Islamist nature of the Orlando attack, removed them.

He also noticed, from Canada, what the leaders of the Democratic Party in America did:

President Barack Obama and presumptive Democratic presidential nominee Hillary Clinton deflected attention from the obvious Islamic nature of the terrorism to a debate about gun control.

Worse, in what appears to be a psychotic fit of rage, the Black Lives Matter Network put blame for the massacre on, among other things, colonialism and capitalism:

Despite the media’s framing of this as a terrorist attack [say what? — ELC], we are very clear that this terror is completely homegrown, born from the anti-Black white supremacy, patriarchy and homophobia of the conservative right and of those who would use religious extremism as a weapon to gain power for the few and take power from the rest…. Homegrown terror is the product of a long history of colonialism, including state and vigilante violence. It is the product of white supremacy and capitalism, which deforms the spirit and fuels interpersonal violence.

To be sure, there is some criticism in the comments of that statement — but much of it is about the neglect of certain victim groups in the title of the story. (I kid you not.)

That the killer was an Afghani-American Moslem, a registered Democrat who expressed support for Hillary Clinton, are facts shockingly abhorrent to the Democratic Political-Media Establishment and liberal activists. That is, Omar Mateen wasn’t a redneck Republican Christian conservative, which is what they seem to be always expecting (if not actually hoping for). We will soon see, if we are not already seeing, this attack referred to — perhaps at length and in depth — without any mention of who did it: a passive-voice narrative in which something happened — something really, really bad — but with no someone having done it.

This willful blindness is counter-productive, to say the least. But I think it must have a particular effect.

I think we are going to start seeing attacks designed to make it hard for the liberal American establishment to resort to the gays and guns gambit and the mystery motivation maneuver. We can begin our analysis by separating past attacks into two classes, based on how they have been treated: the first kind, attacks that have been immediately and indubitably attributed to Islamic terrorism; and, the second kind, attacks that were quickly and officially, if not widely, attributed to something other than Islamic terrorism.

This class includes the biggest, most spectacular attack, using planes as missiles: 9/11. It also includes attacks using explosive devices as the principal weaponry, firearms being used mostly, I think, to get the attacker to where he wants to be. And, this class includes attacks that clearly involve some kind of coordination among the attackers, and suicide attacks. A significant aspect of all of these attacks is they are, by and large, general in nature: they do not, for the most part, target a specific kind of person because they are that kind of person, but they target people who happen to be in the wrongest place at the wrongest time.

This class includes, historically, attacks using firearms as the principal weaponry. From the Orlando attack, we now see this class also includes attacks on any particular population deemed by liberals to be a victim group; these groups would garner sympathy from liberals while outre groups might not.

(Weaponry is a highly contentious issue, though. For instance, proselytizing Moslem Jah’Keem Yisrael, a.k.a. Alton Nolen, beheaded a co-worker with a knife, at Vaughan Foods in Moore, Oklahoma, September 24, 2014; authorities, however, categorize his attack as “workplace violence”, as they do Nidal Hasan’s, though Nolen’s attack followed a recent series of beheadings carried out by ISIS.)

To make it much harder for America’s liberals to miss the obvious — a daunting task in any regard — I think we are going to see Islamic terrorist attacks more along these lines:

Though I do not think the following situation to be at all likely, we should not discount the desire of some to make their verbal pronouncements more effective in a literally dramatic fashion. That might lead, I fancy, to attackers taking over a live broadcast, spouting the Koran and other Islamic authorities, and pledging their fealty to the caliph and the cause of Islam — while lots of people are watching in real time.

Nobody knows, of course, whether these terroristic tactics would actually change the views of the liberals running our federal government and mass media. If variations of the gays and guns gambit and the mystery motivation maneuver would continue, the tactics would have to be escalated again.

May God have mercy on us all, and on our children.