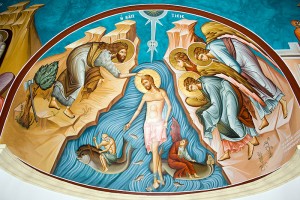 Among the many things the United States has given to the world, there is the grossly over-inflated regard for pop culture. Granted, there has been some version of “pop culture” perhaps as long as there has been public entertainment, admired teachers, respected leaders and producers of literature.

But modern American pop culture has taken things to greater heights — with hundreds of TV channels, blockbuster movies, sports superstars, reality shows, Facebook and Twitter and Instagram and so very much more.

Everyone, it seems, wants to be an “idol.” Right away. With no real effort.

That doesn’t exactly fit with another kind of culture: the Gospel culture, the “Jesus culture.” As Christians, we have to decide at some point between the whole “look at me!” mindset and this one from the 15th chapter of John’s Gospel:

“Greater love has no one than this, that one lay down his life for his friends.”

Jesus provided a form of public entertainment, sure. He was an admired teacher, a respected leader, and he has been the subject of some great literature produced during the last 2,000 years. And many times, Jesus has become a central figure in pop culture.

What can be more popular than this, though? The Bible, widely considered the best-selling book of all-time, reportedly sold more than 5 billion copies from 1815 to 1975. Now that’s popular – and it’s non-fiction!

So perhaps we should pay a little more attention to what we read in the Bible as opposed to the latest selfies from Kim Kardashian or tweets from the latest hot name in TV or sports or movies.

One of the mildly popular celebrities in the New Testament was John the Baptist. He uttered six simple words that for me have become one of my favorite Scriptural prayers.

In John’s Gospel, we hear that Jesus was baptizing people in one area and John the Baptist – who had baptized Jesus earlier – was still doing the same in a different area. John the Baptist’s followers approached their teacher-leader and essentially questioned why John was letting him gather all the attention and insinuated Jesus was doing something wrong. John subtly told them that Jesus was the Messiah for whom he had been preparing the way.

Simply put, John the Baptist said it was time for Jesus.

I recite a form of that little prayer probably more often than any other prayer, even more than the Our Father or Hail Mary. For me, I talk with Jesus and whisper: “May you increase and I decrease.”  I say it repeatedly after I receive Christ’s Body and Blood at Mass. I say it frequently throughout the day, especially if someone compliments me on something I have said or written or done.

More and more, I find myself praying for humility. I get a little surprised when something I write or say or do triggers a response of gratitude from someone. I’ll be honest, I kind of liked that thing when I was a sportswriter at the St. Louis Post-Dispatch. People would ask me to speak at functions. Friends and strangers alike would call radio shows when I was a guest, or they would stop me at a party and ask for “inside stories” about my job – especially about baseball and the Cardinals. I did a lot of research and study, interviewed a lot of people and read a great deal; I was something of an expert.

But in matters of spirituality and faith … I don’t feel like an expert. And anything I do know or anything I have gained from experience, well, it has nothing to do with me. I just want God to use me to do whatever work He needs done.

I want Him to increase and myself to decrease.

I want to be ever-changing, ever-moving, ever-evolving. Oliver Wendell Holmes Sr., the 19th-century poet and author, said: “The great thing in the world is not so much where we stand, as in what direction we are moving.” I want my relationship with God to be closer and deeper next week and next month and next year than it is today.

But I don’t want people to admire me. It has nothing to do with me. It’s all about Christ.

I recently read in Father Michael Gaitley’s book The One Thing Is Three that a unique thing happens when we receive the Eucharist. Usually, food we consume becomes a part of us, is incorporated into our physical body. But the bread and wine that become Christ’s Body and Blood isn’t changed or incorporated. Instead, we are transformed into Christ.

In spiritual and physical reality, Jesus does indeed increase and we truly decrease.

I saw a reflection on this idea in which the writer said that every time someone pays him a compliment, he responds by saying, “John 3:30.” It’s all about Christ, not about me. I’m sinful. I’m really stupid sometimes. I shouldn’t be anyone’s good example, much less an “American Idol” or role model.

I’m not always sure how the whole “increase-decrease” thing is going, of course. Many, many days, I say the prayer and then ask God why He’s not doing that kind of work on me, why I’m not a better reflection of Him to the world. I question whether I’m “good enough” material for him.

And then I remember it’s not a miracle prayer. Humility is a highly desirable gift, but it also is the result of some effort.

“Have patience with all things, but chiefly have patience with yourself,” St. Francis de Sales said. “Do not lose courage in considering your own imperfections but instantly set about remedying them — every day begin the task anew.”

Jesus … may you increase and I decrease. A little more every day.