Trending Now
You are at:Home»Featured»The Biggest Mistake a Catholic Can Make At Work
By Ryan Eggenberger on April 24, 2013 Featured, Leadership, On the Job 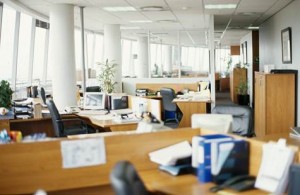 A few years ago I was working in a small office of five or six people. Everybody in the office knew I was Catholic. It was hard to hide, considering I went to Mass nearly every day, a blessing afforded to me by the fact that my parish was one block away from the office.

But people knew I was Catholic, not only because I went to Mass, but because I talked about it. “Hey, what did you think about the news of the Pope?” or, “Have you ever given a second thought about coming back to the Church?”

One day a Protestant coworker plopped her cheery self down into the chair in front of my desk. “I have a question about Catholics,” she exclaimed.

“Sure!” I responded. “As a convert, the tougher the question, the better,” I laughed in reply.

“Why do Catholics have to go to Mass on certain days of the year that aren’t Sundays,” she asked.

As I began to respond to the question, another coworker of mine in the adjacent office piped up. “They’re called Holy Days of obligation.”

Suddenly, the face of my Protestant coworker went sour as she whipped around in her chair to face the other co worker. “Wait, how do you know that?” she demanded.

“What?!” my Protestant friend exclaimed. “You, are Catholic?”

And at that moment, I realized what I had just witnessed. These two people had worked with each other for over a year at this point. An entire year, together, with three other people, and nobody in the office knew that the other was Catholic.

Contrast this lack of saltiness with the ferver and passion of the first disciples. Paul was so bright and salty, simply telling people that Jesus was alive, that “they dragged him out of the city, supposing that he was dead” (Acts 14.19).

Are we called to get beat up for our faith? Maybe, maybe not. But if the people you spend 40 hours a week with don’t know that you’re a follower of Jesus, it’s time to tell them and show them through love.