Trending Now
You are at:Home»Featured»The Death-Haunted Art of Friendship (Part II)
By Eve Tushnet on May 16, 2012 Featured, Live in Christ

For The Death Haunted Art of Friendship (Part I), go here. 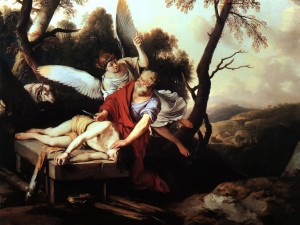 How often in Scripture we find violence mingled with love, like water mingled with wine: in the Song of Songs, the watchmen beating the lover as she searches the city for her beloved; in Genesis, Abram’s knife poised over Isaac’s breast. Yet it is friendship that features most prominently in this strange dynamic of love and violence. It is most explicitly and insistently linked to death and sacrifice.

Two great instances of the love of friends meeting the sting of death are found in the story of David and Jonathan and in the immortal words of Jesus, “Greater love hath no man than this, that a man lay down his life for his friends.”

St. Aelred calls on these passages to explain the concept of spiritual friendship. In analyzing the love between Jonathan and David, Aelred emphasizes how much Jonathan gives up for his friend. The king’s son willingly cedes his claim to the throne, which costs him his father’s favor and, therefore, his physical safety. Jonathan goes from beloved prince to insulted and threatened enemy, yet never wavers in his devotion to David—which is the soft, subtle shadow cast by his hard-edged and unyielding love of God. His father wants him to be king, but God has other plans: Jonathan’s vocation is not kingship or
even leadership but friendship.

Jesus, of course, makes an even greater sacrifice—the greatest—in order to save us and restore us to friendship with God. Aelred isn’t shy about the implications of Jesus’ words. He argues that a true friend loves, humbly and honestly, even to the point of crucifixion. He can exalt friendship to extraordinary heights because he believes it makes us capable of extraordinary sacrifice.

Is this Biblical perspective realistic or helpful today? What did Aelred, a cloistered monk who was menaced more by arthritis than by threats of martyrdom, gain from applying these suspense stories of loyalty, escape, pursuit, and violence to his own life? Is the idea of loving a friend as Jonathan loved David simply melodramatic?

While those in the military may have endured visceral experiences at the intersection of friendship and death, for civilians like me, the idea of seriously sacrificing for a friend means something less gory but no less potent.

For Aelred, honesty is one of the central elements of true spiritual friendship. A friend should practice humility by refusing to color the truth or hide his weaknesses. He should expose his failings, accept correction, and trust his friend to meet his shame with tenderness.

Catholics may get a sense of how frightening this is by realizing that spiritual friendship may demand much of the raw vulnerability of the confessional without the screen, the seal of confidentiality, or the psychological distance created by the knowledge that the priest is acting in persona Christi. This kind of intimacy requires immense trust: not only trust that one’s confidences will be respected, but trust that the friend will stand by you despite your sins and failures. I have a strong sense of privacy and a firm over-investment in my self-image. Being honest with my closest friends about my weaknesses has been immensely difficult for me. It has meant the shattering of the image I had built up to protect myself.

Other forms of sacrifice are also available to us. Most of us know what it’s like to be “on call” for our best friends, to respond to

their needs in a crisis, to put aside as much as possible our own tiredness, worries, or desire for solitude.

Fewer of us know what it’s like to care for a friend’s physical needs, but given the realities of an aging society and relatively unstable family structures, we may find ourselves caring for aging or ailing friends much as one would care for a parent or spouse. Ask yourself whether you would be willing to take on that level of obligation and also whether you’d be able to accept it if it were offered to you in your own time of need.

Receiving help, especially physical help of the kind often needed in illness or old age, brings its own humiliations. Every vocation, every form of love, comes with certain characteristic forms of joy and loneliness, which combine to yield holiness. It may help to ponder the humiliations of caring for vomiting, querulous, or bedridden friends, and the humiliation of being cared for by a friend when we’re in that state ourselves, as part of the cross borne by those whose love is poured out in friendship.

We may be afraid to commit to this kind of friendship. Such commitment may seem to threaten the many obligations we already have as parents, spouses, children of aging parents; obligations to work and to various forms of ministry may also seem to crowd out friendship. We may begin to view friendship as at best an accessory for life, helpful and pretty but not essential, and at worst as a threat to other relationships.

This kind of zero-sum thinking distorts the reality that love takes on myriad forms. Our time is limited, but pouring out love strengthens and renews us rather than depleting us. The only child isn’t five times as loved as the kid with four siblings; the couple with no children does not therefore love each other more than the couple with many. And yet we often view love as a competition or budget. We view love as a liquid that can drain away, rather than a gas which expands to fill however much space we give it.

Far from competing with a spouse, a deep friendship can strengthen your marriage. This is why your friends gathered at your wedding in the first place: to witness and to offer their support for the times when you feel as though you’re carrying the marriage alone. If you make sacrifices for your friend’s needs, she will return those sacrifices if she can. And if she can’t—well, that’s why we call it love and not justice. 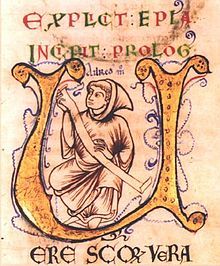 Our society is bereft of models of amicable sacrifice.  So let us look to Holy Scripture! Jonathan’s actions and Jesus’ words give us a window into sacrificial friendships. How would our own lives change if we thought own friendships had the potential to be as deep and relentless as theirs?

Jonathan and Jesus have another, crucially important commonality: They saw their vocations to friendship as part and parcel of God’s will. Their love for their friends was embedded within and inextricable from their love of God. When seeking to discern their vocations, they asked the Father, and listened to Him rather than to their society, the impulses of their own hearts, or even their own most basic needs. (“My Father, if it is possible, let this cup pass from me; yet, not as I will, but as you will.”)

Saul lost his son, and Jonathan his father, because although Jonathan was willing to let God shape and direct his love and his vocation, Saul was not. Jonathan’s story shows how surrender to God can strengthen those relationships which are God-centered, like Jonathan and David’s.

Aelred, too, writes for monks, for friends whose hands may be linked but whose eyes are turned toward Christ. He offers advice on dealing with a sinful friend, but the question of a friend who simply does not share one’s own faith never crosses his mind.

This remains one of my own most urgent questions about spiritual friendship. My closest friend is not a Christian. This rift has caused tension, for I have given in to spiritual pride and tried to evangelize her, speaking to her from a position of presumption and assumed superior knowledge rather than from vulnerability and humility. I was trying to put God first, but I ended up putting myself first, largely out of well-meaning vanity. I was the Saul: willing to hurt someone I loved because I was convinced that I was right.

But even if I have managed to put that particular form of sin behind me, there will be other challenges specific to love between someone with faith in Christ and someone without. My next article will look at depictions of this kind of friendship, as friends whose faith is shaky at best find themselves caring for and then mourning friends who died with faith. It’s hard to pray in a hospital; there are ways in which it might be even harder to watch someone you love pray there.