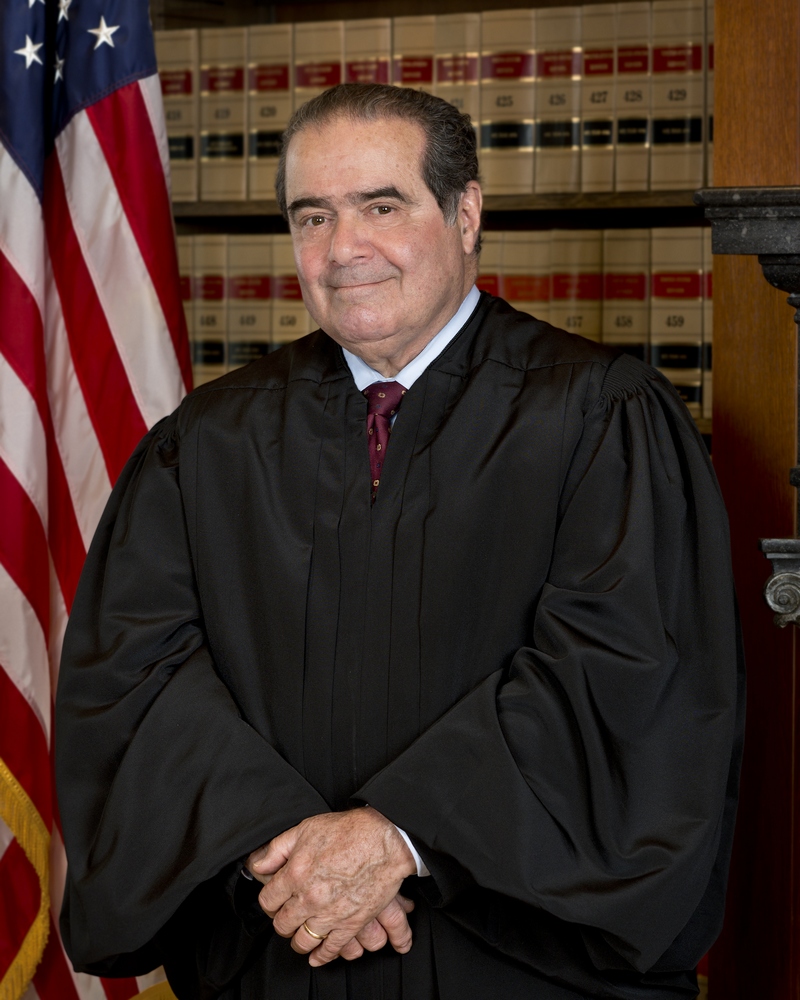 Justice Antonin Scalia’s death leaves the Supreme Court without one of its most courageous and colorful conservative legal minds.

First, he was a staunch defender of the separation of powers, which, like the American founders, Justice Scalia saw as a bulwark against government tyranny. It made no difference to Scalia which branch’s powers were being threatened by the encroachment of another branch. He relied upon the clear language of separation in the Constitution. The founders vested legislative power in Congress (Article I), executive power in the president (Article II), and judicial power in the Supreme Court (Article III). That unequivocal proclamation of separation is found in the first sentences of each article and Justice Scalia refused to allow it to be ignored.

Examples of Scalia’s unrelenting defense of the separation of powers are numerous. But, perhaps, the most erudite were his arguments against the Ethics in Government Act, dubbed the “independent counsel act” in the 1988 case of Morrison v. Olson. There, Scalia, the sole dissenter from the majority, maintained that by passing the independent counsel legislation Congress “does deprive the president of substantial control over the prosecutory functions performed by the independent counsel … and it does substantially affect the balance of power.” The dissent is typical of Scalia. Most of the five-part opinion would be required reading in an upper-level political science class. However, the acerbic thrusts that characterize his style inevitably appear. He says that sometimes efforts to claim power from another branch “come before the Court clad, so to speak, in sheep’s clothing … But this wolf comes as a wolf.” In the end, Scalia stood upon what the founders put in the text of the Constitution: “I prefer to rely upon the judgment of the wise men who constructed our system, and of the people who approved it, and two centuries of history that have shown it to be sound.”

Secondly, Scalia was a defender of classical federalism—the recognition that certain powers were intended by the framers to remain with state governments and not be denied to the states by any branch of the federal government, especially the judiciary.

In Planned Parenthood of Southeastern Pa. v. Casey, Scalia justifiably indicts his fellow justices in the majority (upholding a modified Roe v. Wade) with his usual directness. He reminds them that they have no business in the “abortion umpiring business” because the Constitutional question about “whether [abortion]is a liberty protected by the Constitution of the United States” should be answered simply: “I am sure it is not.” “We should get out of this area, where we have no right to be, and where we do neither ourselves nor the country any good by remaining.” Why is that? Scalia explains that though “profound disagreement existed among our citizens over the issue [prior to Roe]… that disagreement was being worked out at the state level.” Unfortunately, the court in deciding Roe v. Wade (and then in basically affirming Roe in Casey) has the effect of “banishing the issue from the political forum that give all participants, even the losers, the satisfaction of a fair hearing and an honest fight, by continuing the imposition of a rigid national rule instead of allowing for regional differences.” Scalia summarizes in one telling sentence the arrogance of the court of which he is a part, arrogating power to itself well beyond the intent of the founders: “The Imperial Judiciary lives.”

The third feature of the jurisprudence of Scalia was his opposition to the judiciary minting new rights out of thin air, that is, “rights” not explicitly found in the Constitution. His dissent in Obergefell v. Hodges calls out the majority opinion which upholds same-sex unions. He laments that it is “lacking in even a thin veneer of law.” He maintains that the majority is engaged in a “judicial Putsch” that is a sudden overthrow of the rules which govern this area of law. He goes on to complain that the majority is “entirely comfortable concluding that every State violated the Constitution for all of the 135 years between the Fourteenth Amendment’s ratification and Massachusetts’s permitting of same-sex marriages in 2003. They have discovered in the Fourteenth Amendment a ‘fundamental right’ overlooked by every person alive at the time of ratification, and almost everyone else in the time since … minds like Thomas Cooley, John Marshall Harlan, Oliver Wendell Holmes, Jr. … Louis Brandeis … Felix Frankfurter.” Stating his position in favor of respect for the states and against his own court’s “hubris,” he exclaimed: “This is a naked judicial claim to legislative—indeed, super-legislative—power, a claim fundamentally at odds with our system of government.”

His stances on the separation of powers, federalism, and judicially created “rights” were rooted in his opposition to the “flexibility” advocated by “living constitution” jurists. In the no-holds-barred style of the ebullient but brilliant judge, Justice Scalia summed it up for a Federalist Society gathering: “[T]he argument of flexibility … goes something like this: The Constitution is over 200 years old and societies change. It has to change with society, like a living organism, or it will become brittle and break. But you would have to be an idiot to believe that. The Constitution is not a living organism, it is a legal document. It says something and doesn’t say other things.”

Precisely so, your honor! Requiescat in pace.