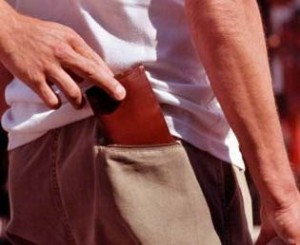 Envy is sadness or discontent at another’s good fortune or excellence. Dante defined it as a perversion of one’s own good; a “wish to deprive” others of their own good. Augustine deemed it “the diabolical sin.”

Conservative columnist George Will quips that envy is the most miserable of the deadly sins because it brings not even fleeting pleasure.

No, envy simply makes you downright miserable and angry, at best providing perverse pleasure only when your prosperous neighbor suddenly suffers misfortune—or, in current application, when the federal government forcibly takes an even larger chunk of that neighbor’s money.

Now, class envy is back with renewed vigor under the presidency of Barack Obama. The rich are suddenly scapegoats for the nation’s fiscal/economic woes. Yes, that’s right—the rich. It is an amazing spectacle. Consider:

Did you know that from 1965-2009 the federal government never, not one time, cut annual spending? Yep, not once—not even by one penny one single year over 44 consecutive years. If you don’t believe me, consult the historical tables of the Office of Management and Budget (OMB). Look at Table 1.1, “Summary of Receipts, Outlays, and Surpluses or Deficits: 1789-2016.” You’ll notice that once upon a time our nation’s political officials were capable of cutting spending. It happened often under both Democrats and Republicans. That changed, however, in 1965, the start of LBJ’s Great Society. In that watershed year, our federal government began an outright spending addiction, like a junkie who can’t push away a needle.

To see the figures on a chart is an awakening. The annual rise in spending by your government is a steady, unbroken, upward climb for over 40 years.

Apply this to any other walk of life. Do you know of an individual or family or business or anything that has spent more money than it takes in for 44 consecutive years? If you’ve done that, then you’re reading this article from a prison cell.

And yet, that is precisely the behavior of your federal government, which passes along this generational debt to your children and grandchildren.

But who’s at fault? The Democrats and President Obama have an easy answer; it’s the envy-based answer: the rich.

Of course, it wasn’t the rich who, from 1965-2009, could not manage to cut federal spending by literally even one penny one year. It wasn’t the rich who then, on top of that, printed and borrowed another $800 billion for a 2009 “stimulus” package that didn’t stimulate. And guess what? The president is pleading for hundreds of billions more for the same failed purpose.

But President Obama excoriates the rich for allegedly not paying enough. He also blasts Republicans for opposing tax increases that would merely further subsidize our government’s spending addiction. Obama bitterly derided “tax cuts for the wealthy” as the Republicans’ “Holy Grail.”

Unfortunately, this rhetoric has astonishing success among the Democratic faithful. Every time I write an article like this I get bombarded with emails from Democrats enraged at “rich” people, who they blame for their problems. It is sad to see, especially when you understand that this self-destructive mentality is being fostered by a political party.

One person who emails me is just desperate—and I mean desperate—to increase taxes. He will not be satisfied until taxes are raised on the rich. He will not even consider spending cuts. He wants revenge. He is very angry.

When I asked him if there is such a thing as government greed, he didn’t answer. He didn’t want to answer. His worldview allows for no greed in a government that spends pathologically, and then coerces wealthy people taxed at rates of 36-70 percent (from 2011 back to 1965) to send to Washington more and more money. In his mind, there is greed only in the wealthy for not wanting to surrender more and more.

This kind of rhetoric is poisonous, destined to yield the bitterest fruit. Nonetheless, the Democrats’ class-based rhetoric continues undaunted.

Envy is a vice, not a virtue, and certainly should not be political strategy.