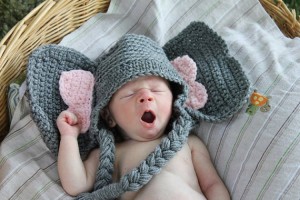 A headline caught my eye recently. It read, “Why Elephants Require Legal Personhood,” and was written by Steve Wise, the president of the Center for the Expansion of Fundamental Rights. He was expressing his concern over a zoo’s treatment of three Asian elephants—Billy, Tina, and Jewel. According to a lawsuit, these elephants seem to be routinely abused, as everything about their habitat and those caring for them is anything but good for the elephants.

While I agree with the concerns that should be expressed for any animal that appears to be abused by those caring for it, there is a line that must be drawn when it comes to personhood—a category of identity that refers to human beings. Among those who have made the point eloquently is Nancy Flanders, who wrote, “A ‘human being’ is defined as ‘any individual of the genus Homo, especially a member of the species Homo sapiens; a person, especially as distinguished from other animals or as representing the human species.’ There isn’t a definition of ‘human being’ that excludes the unborn.”

And that’s the point. The culture of death would argue that the term should refer to only those who are born. Yet, the fact is that common sense would take issue with this kind of discriminatory segregation, for it sets aside an entire class of humans and alleges that they are less than equal to the rest of us.

And now people are trying to assign personhood to elephants? Take note please that the cadre of those attempting to achieve personhood for animals and other entities is growing. In fact, in a relevant article on this little known fact, Professor Dianne Irving warned,

There is nothing more that these proponents of non-human “personhood” and of human “non-personhood” would like better than to have pro-life “personhood” bills and other legal documents define “person” in ways that would at least “include” non-human animals. Example: if “person” is defined as “including all human beings”— where human persons are included but the legal door is left open for non-human persons to be “included” as well. Or: “Person” is defined simply as a “rational animal”—where Singer et. al could argue that many non-human animals are even more “rational” than many adult human beings—and thus are “persons” too. This is why “personhood” legislation needs to be very careful to include the qualifier “human.” “Human personhood” should be the goal—not simply “personhood.”

This is not mere speculation. Peter Singer, the leading advocate of animal rights and one of the chief architects of phony bioethics has written,

Now it must be admitted that these arguments apply to the newborn baby as much as to the fetus. A week-old baby is not a rational and self-conscious being, and there are many non-human animals whose rationality, self-consciousness, awareness, capacity to feel pain (sentience), and so on, exceed that of a human baby a week, a month, or even a year old. If the fetus does not have the same claim to life as a person, it appears that the newborn baby is of less value than the life of a pig, a dog, or a chimpanzee.

Babies, pigs, dogs, and chimpanzees. Are you kidding me? This is yet another example of why we as pro-life Americans must not ignore the problematic nature of denigrating human beings and elevating animals—and why we cannot defend the killing of 30 children to achieve the implantation of but one.

Yes, you read that article right. These are the official numbers in the United Kingdom and apply to the success rate of in vitro fertilization.

Now of course no practitioner of in vitro fertilization would suggest that the embryo created in the petri dish is an actual human being, but what else could he or she be? If there are 31 embryos created, and they are all created equally, and one survives and is born and welcomed by his parents as their baby, then what about the 30 who died? What were they, chicken eggs?

Our culture is headed the wrong way down the proverbial railroad track. We expend time and money figuring out better ways to do what only God does well—creating persons. At the same time, some are contemplating assigning a status comparable to person to elephants, chickens, dolphins, and, yes, pigs.

There is definitely something wrong with this picture.