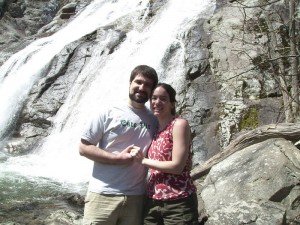 “What is man, that thou are mindful of him?” (Ps. 8:4). These words come to my mind every time I think of World Youth Day 2002, when I first encountered Pope John Paul II. I was barely seventeen then and I had just begun to explore my faith after falling away from it during the first two years of high school.

My lack of faith during high school was somewhat unconscious and unplanned. I didn’t leave the Church formally. I did not disagree with the Church’s teachings. And I did not give up on the faith because of a scandal. Rather, I was not active in my faith because I just did not see the relevance of it in many individuals’ lives. Thus, more than anything, I questioned God’s world. If God is so important for the world, why did so few love Him? Why should I be the only one to care about God? Moreover during high school I was suffering from the pain of my parent’s recent separation. So I asked God why I should love Him if He allowed such a world to exist where two people could profess love only to break it so devastatingly? Quickly I realized, although I could not put words on it then, that like the character Ivan in Fyodor Dostoevsky’s Brothers Karamazov, “It is not God that I reject but His world.” I had rejected the faith because I rejected the indifference and suffering of God’s world. Ironically, I  absorbed this indifference and suffering into my own soul, like a fish swimming in a polluted stream, oblivious to the fact that it’s dying until it suddenly swims into fresh water. For me, one of the “fresh water experiences” in my life was World Youth Day. It was there I heard Christ say to me, “Whoever drinks the water I shall give will never thirst; the water I shall give will become in him a spring of water welling up to eternal life” (Jn 4: 14).

In contrast to the suffering and indifferent milieu I saw around me, World Youth Day gave me a different image of the world. A world celebrating joyfully. A world where one saw nuns jump roping and Lithuanian dance teams dancing. A world gathered together in prayer and peace. A world in love with a Savior, singing, “We scatter darkness when love becomes our way” (From the official World Youth Day Song for that year). During these various activities of the week, there was one that to me was set apart from the rest. It was the Stations of the Cross on Friday. Christ’s passion was re-enacted at different stations all across the city of Toronto. Excitedly, my group tried to find the starting place to process with the crowds from station to station. But to our dismay we got lost and were unable to join in the procession. So our leader decided that we should just pick one stage and stand there to see at least one station. Not knowing which station it was, we chose a random stage in a park. As it turns out, it was the station of the Lord’s Crucifixion.  We were now standing in the very front row watching Christ be crucified with over two hundred thousand people behind us processing with Christ during the Stations of the Cross! The feeling was unbelievable. Everywhere around us people were weeping. Disabled people in wheelchairs in front us were trying with all their might to reach out to Christ. One sensed that even though Christ died on a mountain rather than in a metropolis that he somehow was traversing these streets at that moment, dying like he did in the year 33 A.D. Crying and weeping with the crowd, watching Christ being crucified, I realized then that I saw before me who man is and what he was called to.

“Remember, man, that you are dust” — I felt these words ringing in my soul as I saw the grandeur of Christ. I marveled all the while that the dust of my life was so important to God that He was crucified for it.  Crucified for my dust, Christ revealed that man is someone who is infinitely more than the ashes of one’s life. Man is the one who is called to be caught up in the rushing current of Triune love that Christ gushed forth on the cross.

At the foot of the cross there in Toronto, I realized that Jesus’ sacrifice answered the indifference and suffering I felt at that stage in my life. I felt invited to partake in the love of God and respond to the suffering of humanity by dying for the world. This task is no small challenge and one I still certainly struggle with everyday. I certainly have felt overwhelmed at times asking God where to start in order to live His love. Luckily, God has responded by providing some incredible witnesses to His love to follow.

One great witness God gave me during World Youth Day was none other than Pope John Paul II.  There is a lot to admire in Pope John Paul II: his passion for the youth, his desire for truth, and his unflinching devotion to God amidst some of the greatest sufferings in life – a bloody world war, a ruthless communist occupation of his beloved homeland, and the death of his entire immediate family by the age of twenty-one. Yet what I love best about him can be gathered by the simple phrase he said while commenting on why he became a priest: he said he “fell in love with human love.” He knew that human love could be as beautiful and as deep as the love of Christ on the cross. This is the reason why he frequently repeated the line from Gaudium et Spes 22, “Christ fully reveals man to himself.” It was John Paul II’s zeal for authentic love that inspired me to pursue a doctorate at Pope John Paul II Institute for Studies on Marriage and Family. It is an Institute which he set up to study and to contemplate human and divine love. This contemplation is a task I find overwhelming as one can never exhaust the richness of love, but it is a supremely rewarding task. In pursuing this truth at the John Paul II Institute, I was even blessed to meet a wonderful woman there. She is going to be my wife on May 28th, 2011.

All of this — my inspiration to study theology, my career, and my future state in life — I owe to the thought and life of soon to be Blessed Pope John Paul II. It really is amazing how this one man’s life has shaped mine so radically. But he would be the first to admit that it was not him but the Love of all loves who worked somehow mysteriously through him to touch my soul. It is this Love which I have realized I cannot live without. Indeed, as Pope John Paul II said, “Man cannot live without love. He remains a being that is incomprehensible for himself; his life is senseless, if love is not revealed to him, if he does not participate intimately in it. This, as has already been said, is why Christ the Redeemer ‘fully reveals man to himself’” (Redemptor Hominis, 10).

God, through Christ, gives love so that we may love in return. God gives so we may give. Thus, when the psalmist asks, “What is man, that thou are mindful of him?” one looking to Christ could say that man is the image of love, ordered to giving love. Today, many people refuse to make this gift of love and therefore never experience the love God wants to give all of us. Like the high school me of the past, they are okay with merely absorbing what the culture gives them. But Pope John Paul asks us to do otherwise, for it is only in making the sincere gift of self that man truly finds himself. Thus, in this time of Lenten reflection before the beatification of Pope John Paul II, we should all take his lead and  say “Yes” with a gift of our total selves to this proclamation of God’s love!

Daniel Meola is a doctorate student at the Pontifical John Paul II Institute for Studies on Marriage and Family in Washington, D.C. He has an M.T.S in person, marriage, and family from the same Institute as well as a B.A. in theology and a minor in philosophy from the Catholic University of America. He was proudly born and raised in Erie, PA.