Trending Now
You are at:Home»Featured»The Mercy of God, Not the Merit of Man
By Philip Primeau on November 11, 2011 Featured, Live in Christ 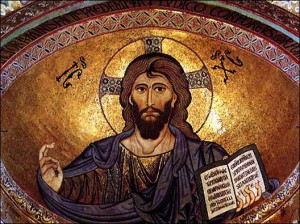 The matter of grace is a real puzzle. There is obviously tension between the freedom of man and the providence of God, both of which are affirmed by the church. Right from the start, let me state that I do not think this enigma is fully solvable. Our minds are unfit to comprehend the interaction of time and eternity. Nonetheless, the problem presses its way into my restless heart.

Man was created free. That is, he took pleasure in obedience, and humbly fulfilled his obligations to God. Freedom, as taught by the Church and practiced in Eden, is the unhindered ability to do what is right. It is not license to do whatever one pleases. For that which is right leads to communion with God, and “where the Spirit of the Lord is, there is liberty” (II Corinthians 3:17).

However, the fall disrupted man’s perfect servitude to God. As a result, our will became disordered and our nature corrupt. What is the extent of this disorder? Just how thorough is the tyranny of sin? Jesus declared bluntly, “Verily, verily, I say unto you, whosoever commits sin is the servant of sin” (John 8:34). Paul, whose dramatic conversion revealed the regenerative power of grace, painted the picture in black-and-white: “For when you were the servants of sin, you were free from righteousness” (Romans 6:20).

These are hard sayings. They suggest that man is radically unable to be good apart from God. In the fallen state, even acts of charity are motivated by calculated selfishness. Given our enslavement to sin, how then do we find holy freedom in Christ?

Saint Augustine is of the opinion that God — and God alone — is capable of saving man from himself. We are not justified by our own will or works, but by the glorious sovereign will of the Lord. The following is a lengthy excerpt from chapters 30-32 in the Enchiridion on Faith, Hope, and Love:

“For what good works could a lost soul do except as he had been rescued from his lostness? Could he do this by the determination of his free will? Of course not! For it was in the evil use of his free will that man destroyed himself and his will at the same time. For as a man who kills himself is still alive when he kills himself, but having killed himself is then no longer alive and cannot resuscitate himself after he has destroyed his own life—so also sin which arises from the action of the free will turns out to be victor over the will and the free will is destroyed …

And lest men should arrogate to themselves saving faith as their own work and not understand it as a divine gift, the same apostle who says somewhere else that he had “obtained mercy of the Lord to be trustworthy” (I Corinthians 7:25) makes here an additional comment: “And this is not of yourselves, rather it is a gift of God—not because of works either, lest any man should boast” (Ephesians 2:8, 9). But then, lest it be supposed that the faithful are lacking in good works, he added further, “For we are his workmanship, created in Christ Jesus to good works, which God hath prepared beforehand for us to walk in them” (Ephesians 2:10) …

Once again, lest anyone glory, if not in his own works, at least in the determination of his free will, as if some merit had originated from him and as if the freedom to do good works had been bestowed on him as a kind of reward, let him hear the same herald of grace, announcing: “For it is God who is at work in you both to will and to do according to his good will” (Philippians 2:13). And, in another place: “It is not therefore a matter of man’s willing, or of his running, but of God’s showing mercy” (Romans 9:16) …

The conclusion remains, therefore, that this saying: “Not man’s willing or running but God’s showing mercy,” is to be understood to mean that the whole process is credited to God, who both prepareth the will to receive divine aid and aideth the will which has been thus prepared.”

Saint Augustine fiercely condemns the idea that man wills or works his own salvation. We neither seek nor accomplish anything apart from the mercy of the Father, the merit of the Son, and the movement of the Spirit. Justification, in this reckoning, is an irresistible operation of the Trinity communicating its love with one another and with us. Saint Ambrose of Milan similarly taught: “What can we do worthy of heavenly rewards? By what labors, by what sufferings, can we wash away our sins? Not according to our merits, but according to the mercy of God, the heavenly decrees concerning men are issued.”

But the great saint from Hippo simultaneously affirms the reality of free will: “Still, it is obvious that a man who is old enough to exercise his reason cannot believe, hope, or love unless he wills it, nor could he run for the prize of his high calling in God without a decision of his will” (Enchiridion, Chapter 32). This paradox sits at the heart of Christian faith. We give our lives to the Lord in accordance with His providence. We will our salvation, but only because He wills it first.

Canon 7 of the Council of Orange (AD 529) asserts: “If anyone affirms that we can form any right opinion or make any right choice which relates to the salvation of eternal life, as is expedient for us, or that we can be saved, that is, assent to the preaching of the gospel through our natural powers without the illumination and inspiration of the Holy Spirit, Who makes all men gladly assent to and believe in the truth, he is led astray by a heretical spirit.”

Notice that this canon states that the Spirit both enlightens and compels our assent. If, then, our faith is sealed by grace, we can rightfully rejoice in the words of Christ: “And I give unto them eternal life; and they shall never perish, neither shall any man pluck them out of My hand” (John 10:28).

The tension between human liberty and Divine sovereignty is dissolved in the sublime meeting of time and eternity. “For whom He did foreknow, He also did predestinate to be conformed to the image of His Son, that He might be the firstborn among many brethren” (Romans 8:29). We accept responsibility for our actions, yet our trust we place not in them, but in God’s gratuitous outpouring of loving-kindness, which was loosed by the self-emptying and self-sacrifice of the Logos-made-flesh, our Lord Jesus Christ.

O happy riddle of grace! O generous God-of-gods,
Who covered our sins with Lamb’s precious
blood. Praise the bountiful One!

Love He heaps upon Adam’s folk, love not
scorn, as the sun bathes wretched and righteous
both. Just so the relentless mercy of God, which stirs
the heart with dreadful ease!

Salvation eludes philanthropists: what is free can
not be earned. Salvation confounds philosophers: what is foolish
can not be learned.