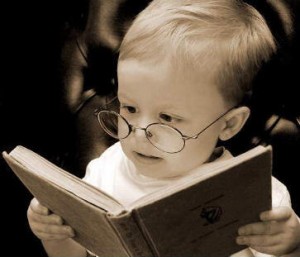 Studies show that there is also an increased risk of incarceration and being murdered.

When it comes to eugenics, there is simply no end to the killing until a just people rises up and either kills or incarcerates the practitioners, as was the case with Nazi Germany. When forced sterilizations weren’t enough, there were detention camps, which gave way to concentration camps where people were shot and buried. When that proved too slow and cumbersome to effect the eugenic goal, gas chambers were built, with exhaust fumes from tanks pumped in. When that proved still too slow, larger chambers using cyanide gas were built, and ovens to cremate the remains.

Eugenics has a malignant mania that increases with demonic furor the further in one goes. When we go from preventing birth to active killing, a point of no return is reached and the killing can only be brought to an end by brute force. Consider Savulescu’s argument.

He begins with screening embryos for genetic signposts pointing to potential cognitive capacity. He justifies the killing by pointing to undesirable outcomes such as poverty, welfare dependence and dropping out of school, ignoring that the risks are all very low. Poverty, welfare dependence, and being a school dropout are reason enough in Savulescu’s cramped worldview to kill those who might end up there. By that logic, why should we tolerate those who do end up there? Ought we not have camps for such “human weeds,” as Margaret Sanger called them? And what happens when we tire of supporting the camps?

There are certain cardinal virtues that go with being a Ph.D. My life’s mentor, Father Luke McCann, Ph.D., once told me that those cardinal virtues are contained in the three little letters of the title:

I would submit that Savulescu and his fellow travelers are bereft of all three. They are also bereft of the very intelligence they stake such a claim to possessing, as intelligence goes beyond capacity for factual recall, but involves the capacity for problem solving. Advanced intelligence goes beyond mere problem solving and involves the capacity for vision guided by empathy and moral principle. Ph.D.’s are not awarded our degrees for merely taking classes and passing tests. We are awarded the degree for making novel discoveries, for advancing the knowledge within our field of endeavor. In other words, one must demonstrate vision and match the vision with corresponding accomplishment. So where does Savulescu and his cohort get it wrong?

Their vision becomes constricted and they lose perspective on life. Intellect for its own sake becomes the pursuit, and they can’t tolerate the aboriginals spoiling their view of an idealized landscape. It becomes easier to kill the marginalized than to create systems that incorporate them more fully into society. How academia has fallen.

There have been several movements in psychology and medicine to give more humane treatment to the “insane.” Forward thinking physicians tried “Moral Therapy” as it was known, where patients were no longer locked in asylums that resembled dungeons. Instead, they were housed in the country and visited regularly by the physician who would bring a small cake, or other gift. In the 1970?s, the warehousing of the mentally retarded ended, and the Group Home movement began, a modern reincarnation of moral therapy. To society’s surprise we learned that “retards” could actually be taught and gainfully employed. So successful has this been that the terms “mentally retarded” and “retard” are uttered today only by boors. People enhanced with an extra chromosome are now graduating from college!

The community of parents with children who have autism are similarly on the march. Marginalization only happens when ignorance and fear trump reason and compassion.

The jobs that exist on the margins are only marginal to pompous, effete academics. A closer look reveals the central importance of the work that the lowest-paid workers perform. Taking deliveries and stocking shelves in stores is vital work for those who do not produce their own food. So too for cashiers and maintenance workers, cleaning crews, and kitchen staff. They are the unsung and thankless jobs that make civilization civilized. When Martin Luther King Jr. called for blacks to stay at home and not go to work, whites got a good taste of how indispensable those they disdained truly are.

The rarefied air of universities often induces a case of intellectual and spiritual anoxia in those who never darken the chapel door. Savulescus are the result.

Savulescu above all should know that doctors are not free, but constrained. There are simply some groups that one never, ever goes after. If the privileges of the faculty club are the perks for years spent in advanced study and intellectual pursuits, then the unspoken rule is that one NEVER goes after others of unequal academic accomplishment because of their unequal accomplishment. This is especially true for those of unequal capability. There was a time when Savulescu would have been shunned by the academic community for doing so.

One of my professors in graduate school once told me that the Ph.D. is no big deal. “It’s a union card, Gerry. Nothing more. If you want to do this work, you need the union card. The big deal is your publication list at your retirement party.” How very true. It isn’t the degree, but what one does with it that counts.

Oxford now has some soul-searching to do. Do they tolerate a Savulescu in their midst under the soiled banner of “Academic Freedom?” Do they show him the door? If we are to salvage a crumbling western civilization, then the formation of our young in universities and colleges will need to be done by Ph.D.’s who understand and live the three cardinal virtues of academics: