Trending Now
You are at:Home»Featured»The President Without a Country: A Review of 2016 — Obama’s America
By Mary Kochan on August 20, 2012 Featured, Government & Politics, On TV and Movies 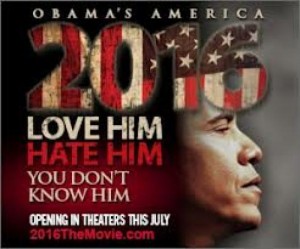 Breathes there the man, with soul so dead,
Who never to himself hath said,
This is my own, my native land!

Barack Obama is not an American.  No, 2016 — Obama’s America, does not deny that Obama was born in Hawaii; there is not a whiff of the “birther” controversy in this surprisingly engaging documentary. But the film does illuminate a possible reason why it has been so easy for so many Americans to believe that a foreigner has snuck into the nation’s highest office. It is because Obama’s formative experiences, the persons and events that shaped the man he became, are truly alien to Americans.

That might also explain why the foreign-born Dinesh D’Souza is a uniquely qualified interpreter of Barack Obama. In Obama’s explication of his experiences D’Souza finds parallels with events and scenes from own background. Even at the risk of  placing more confidence in Obama’s own autobiography than is warranted, D’Souza takes Barack Obama own self-explanation seriously and at face value. D’Souza helps us to see how powerfully Obama’s life — everything from his relationship with his mother and living arrangements made for him as a child, to his intellectual formation — was wrapped up with the anti-colonial movement.

Whose heart hath ne’er within him burn’d,
As home his footsteps he hath turn’d,
From wandering on a foreign strand!

To most Americans, anti-colonialism is a faraway long-ago thing. It’s a word from the news of a previous generation that explained why we had to keep buying new maps and atlases. But not so much of the rest of the world. For large swaths of humanity, anti-colonialism was — and still is — a Marxist-tinged ideology that animates them with religious fervor. And in its iteration as liberation theology, it is religion. It was an ideology of more overwhelming importance to Barack Obama’s mother than her marriage to Barack’s stepfather, even more important than having her young son live with her.  While much is made in the film of Barack Obama taking up his father’s cause of anti-colonialism as his own, his mother’s influence was certainly a dominant factor, and more significant than merely the passing along to the son his father’s world view.

If such there breathe, go, mark him well;
For him no Minstrel raptures swell;
High though his titles, proud his name,
Boundless his wealth as wish can claim;

How was it then that someone whose formative experiences were so completely alien to those of most Americans could garner the support needed to trash the Clinton political machine and become president? To explain this, D’Souza trains his foreigner’s eye upon America: America wants to be post-racial, Americans want to live up to their ideals, and people wanted to help Barack Obama. His very status as an unknown allowed people to project upon him their own hopes and aspirations. This is perhaps too simple of an answer; it doesn’t explain the creation of the counter political machine that could wrest the nomination away from the Democrat heir-apparent Hillary Clinton. It does not fully explain how a community organizer with a couple of years in the Illinois state Senate could rise to such heights of power. But it does explain why Barack Obama got the votes of a lot of ordinary Americans despite being such an unknown.

The wretch, concentred all in self,
Living, shall forfeit fair renown,
And, doubly dying, shall go down
To the vile dust, from whence he sprung,
Unwept, unhonour’d, and unsung.*

* Sir Walter Scott, Verse 1 of Canto Sixth of “The Lay of the Last Minstrel”